Well, at least this week we got one quarter of good football – one more than we got in the first game. The Packers came out hot on Sunday at their home opener against the Minnesota Vikings, but what started as a laugher became no laughing matter by the end as the Pack anxiously but successfully rode that quick start to a tense 21-16 victory over their NFC North rivals.

The Packers came out fast and leaped out to a 21-0 lead, but the following three quarters would be less inspired that the first 15 minutes. Rodgers and head coach Matt LaFleur got into a mild yelling match. Our two-time MVP seemed to hurt his hand at one point. The Vikings were easily the better team for at least two of the remaining three quarters. But thanks to the efforts of Minnesota quarterback Kirk Cousins and the Green Bay defense, the Packers pulled out their second victory over a division opponent, putting them in the driver's seat early into this young season. It wasn't pretty, once again, but it worked.

1. The true Starr of the show

The game got off to a legendary start before the kickoff as two all-time Packers greats, Cherry Starr and Brett Favre, came out onto the field to honor the late Green Bay great Bart Starr and to get the crowd fired up for the home opener. (They would come back out at halftime for a special ceremony dedicated to the team's first quarterback; to watch that special moment, click here.) But behind the scenes was somehow even cooler as a third hall-of-famer, Aaron Rodgers, joined them and greeted them before taking the field. Now that's how you start a football game – assembling a holy trinity of greats, then putting 21 points up on your opponent before they've even mixed the Gatorade. 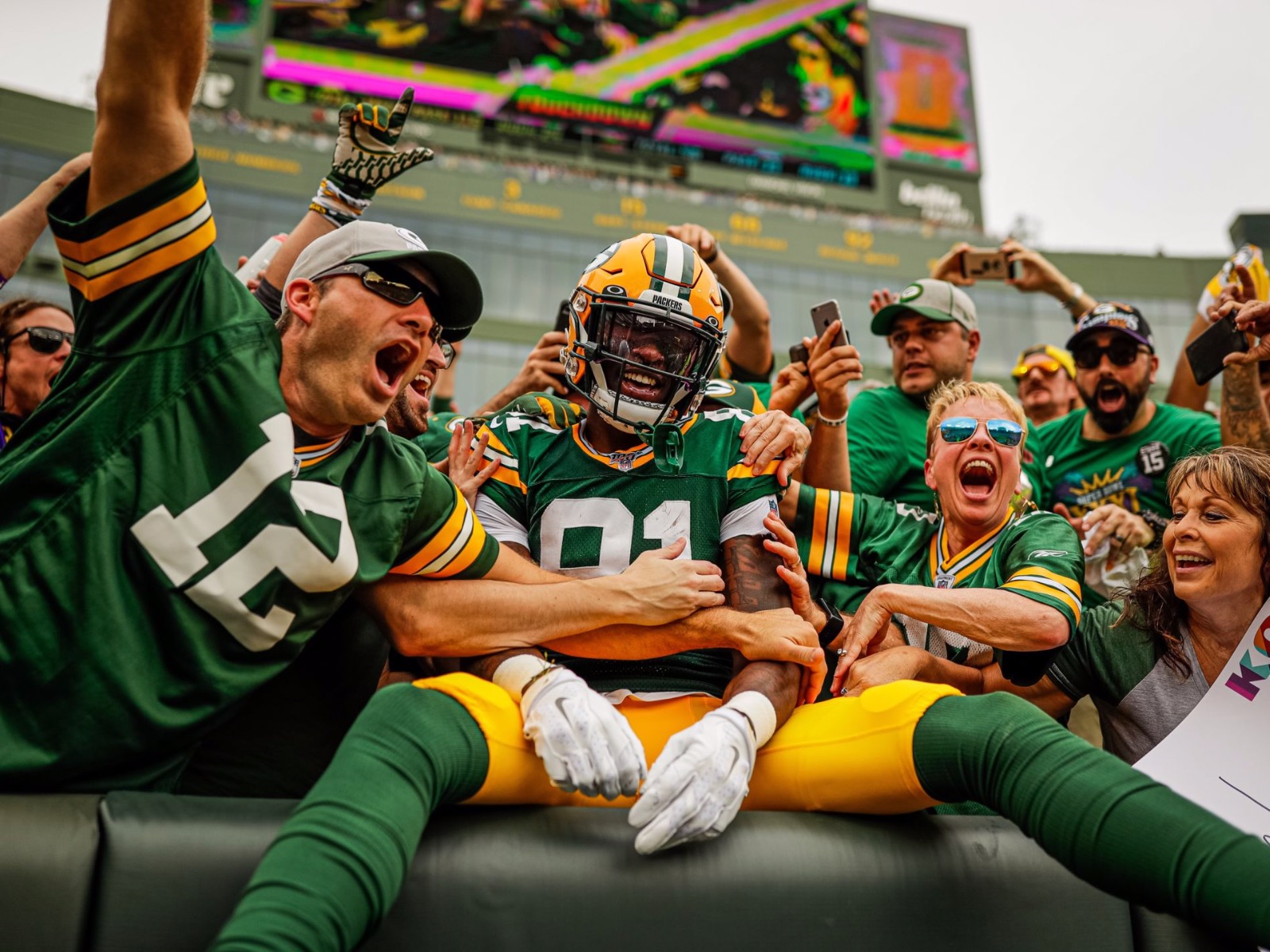 After struggling in Week 1 against the Chicago Bears' stingy defense, the Packers didn't wait nearly as long to score points this time around, as Rodgers and the Packers took all of two minutes and ten seconds to score the first touchdown of the game, a 15-yard screen from Jamaal Williams. They liked it so much, they did it again on the next drive – this time a 12-yard TD strike to Geronimo Allison, seen above celebrating with the locals – and then one more time on the next drive, courtesy of running back Aaron Jones. It was quite the start that thankfully was enough for a happy finish.

3. Strike the quarterback, strike a pose 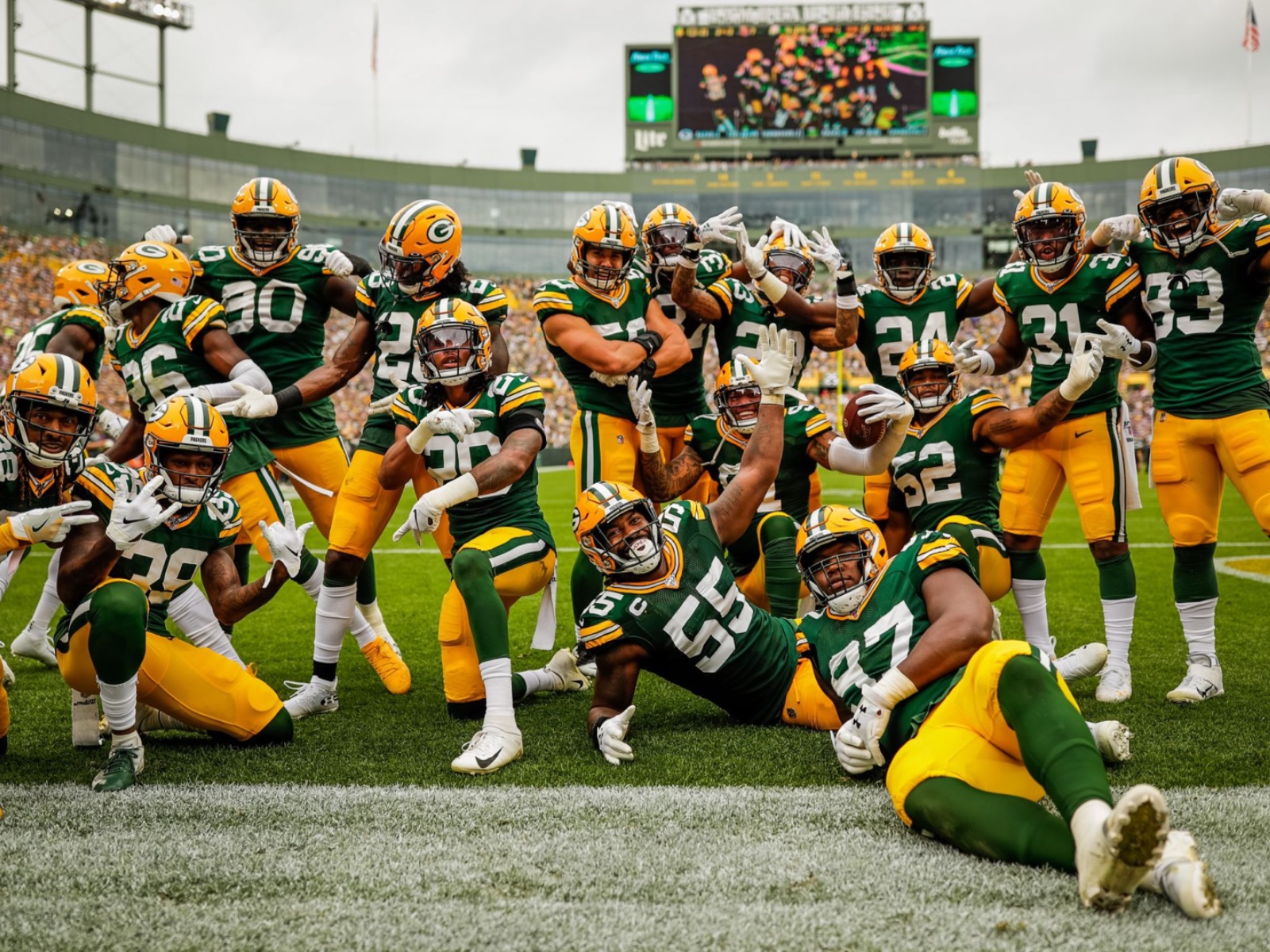 In the words of our two-time Most Valuable Player, we got a defense. And apparently we've got a defense full of models as the squad celebrated an early turnover by scampering off to the end zone and posing for this terrific unofficial team photo. Tag yourself: I'm No. 26 Darnell Savage because I'm never looking at the camera at the right time.

Evidence file No. 172 that our defense is better than your defense: They've got cool personalized handshakes that I can't even follow there in the middle. I can't even do a basic high five with somebody without making myself look like a dingus.

5. But did anybody do the Wave?

Thank you fans for joining us for our home opener 🏟🏈🙌

After weeks of harrumphing about the level of crowd noise and energy at Lambeau Field, the Green Bay faithful showed up loud and energized on Sunday, providing an excellent setting for the first home victory of the year. But seriously, nobody did the Wave, right?

6. An image that launched a thousand hot takes

Delivering manna from heaven for sports reporters needing something to ask about after the game, after another failed drive late in the second quarter, Aaron Rodgers was caught by cameras seeming very perturbed – and very vocally so – at new head coach Matt LaFleur. According to Rodgers after the game, the, uh, chat was about the defensive look the Vikings gave them that killed the drive – but honestly, these two can get in full-volume scream fights as long as we keep winning. And hey, I'd rather these two yell it out early in the season, working out the kinks in a win, then doing it late in the season in a loss.

Aaron Rodgers with some discomfort in his throwing hand #Packers pic.twitter.com/yK4zewXh27

In case the game wasn't getting tense enough, Rodgers seemed to hurt his throwing hand at some point during the game. The quarterback never left the game, but he did look noticeably annoyed by it during one of the team's accumulating failed drives after the first quarter. Thankfully he seemed fine after the game, but let's just be safe and lock that hand in a little box of pillows until next Sunday's game. We've had quite enough of MVPs getting hurt in Wisconsin lately ...

Not the best looking win, but a win nonetheless 🤙🏽 #GoPackGo pic.twitter.com/1CKD78NN9d

The Packers defense deserves all the credit in the world for maintaining the team's lead even while the offense was scuffling for the final 45 minutes. But let's also throw some credit at Vikings quarterback Kirk Cousins, who turned over the ball three times during Sunday's game – including this late interception that clearly was supposed to be thrown out of the back of the end zone but instead was thrown politely to a Packers defender. I, indeed, liked that. 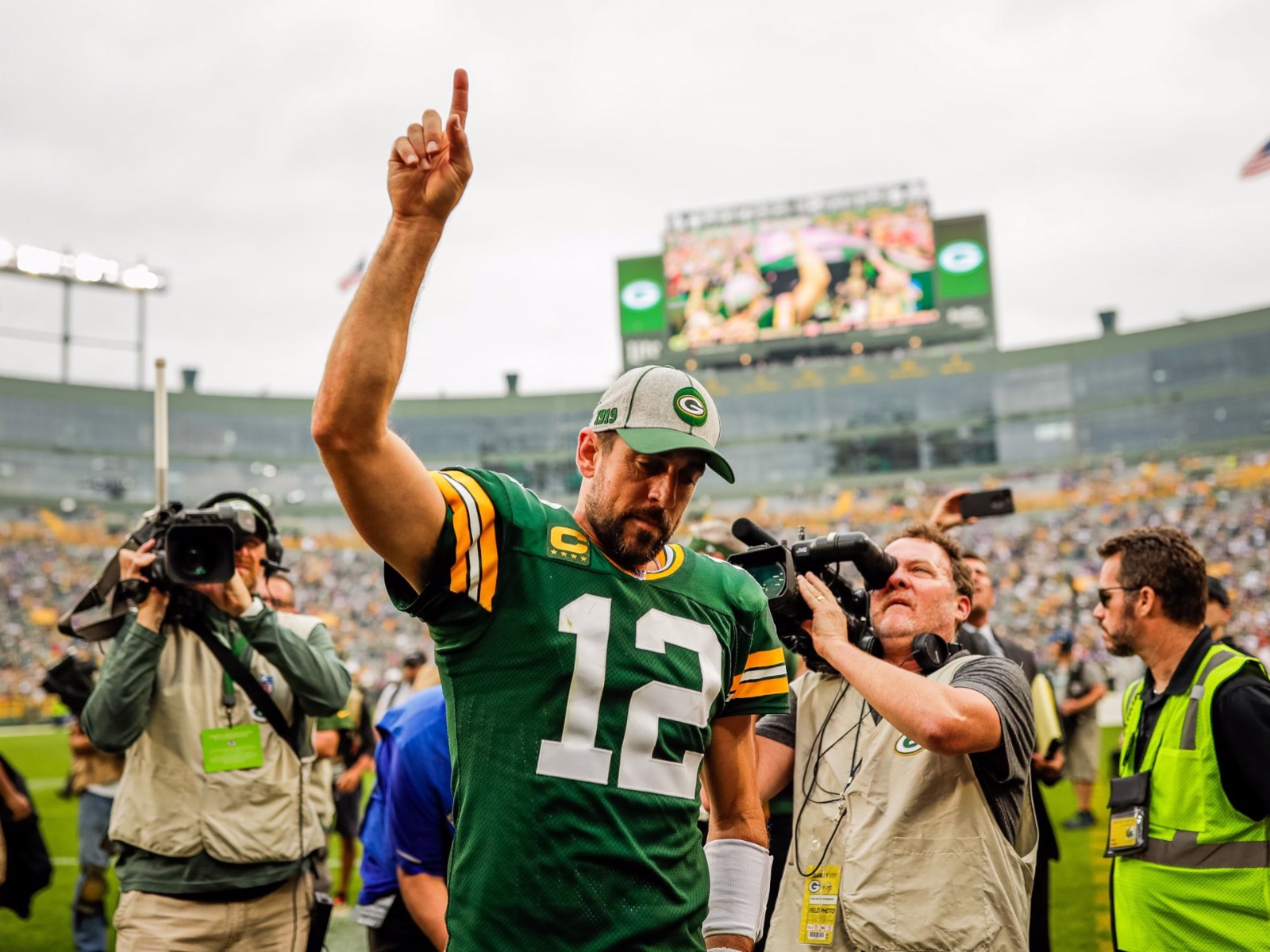 Aaron Rodgers threw one final tribute out to the late great Bart Starr, pointing up to the best seat in the house on his way off the field at the first game at Lambeau Field without him with us. Here's to winning more for Bart this season.

Part of the pyrotechnics equipment burst into flame shortly after the #Titans' entrance at Nissan Stadium. pic.twitter.com/5mlZPmOu2O

Yes, the Packers could've looked better in their first two games of the season, and we've yet to see them put together a complete performance for four quarters – mainly on offense. But hey, they're still 2-0 – with both wins coming against divisional rivals, putting them in a great place for the rest of the season.

And it could be worse: The field could be literally on fire. Honestly thought that this was a Miami Dolphins highlight, but apparently this raging garbage fire was in Tennessee.

Back off on calling it the Fiery Tundra, though, Nashville.

Barkha Daily of the cheel
eesvfcsc