The Milwaukee Bucks and the Boston Celtics left no room to wonder who might move on from their respective first-round bouts, sweeping the Detroit Pistons and Indiana Pacers in impressively dominating fashion. The only question left in the aftermath: When would these two beasts of the East start begin their own series?

We finally got our answer today, as the NBA announced the schedule for the Bucks and Celtics second-round series, tipping off at noon at Fiserv Forum on Sunday, April 28.

The rest of the schedule is as follows (start times for Games 2 through 7 have yet to be announced): 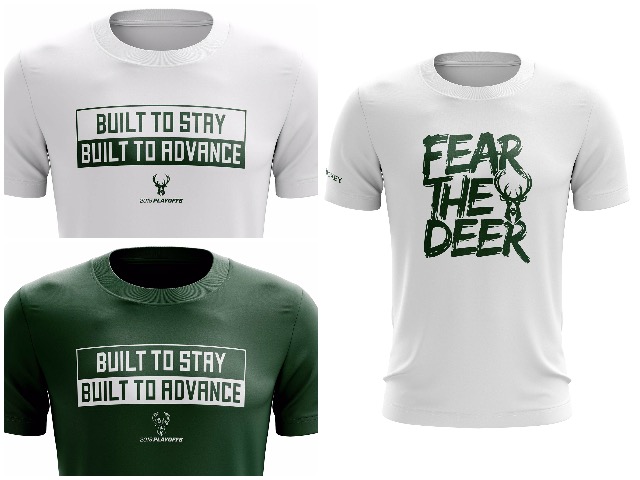 Once again, for those who can't snag a ticket for the game, there will be plenty of fandom and excitement outside Fiserv Forum with viewing parties set up in both the entertainment block's beer garden and in the plaza – complete with food, games, a DJ, shops, contests to win tickets and, of course, huge television screens for watching each of the games. The festivities will begin two hours before home games and one hour before road games.

In addition, the Bucks and Colectivo will re-release their Bucks Blend Coffee beginning the week of April 29, as well as feature the brew as the coffee of the week at Colectivo's 13 Milwaukee-area locations. One dollar from each one-pound bag sold will go toward the Milwaukee Bucks Foundation – plus two Bucks tickets will be hidden in a coffee bag at one of Colectivo's locations, while a sweepstakes will give away two additional tickets. (For a chance at the latter, register at the register.)

The Bucks, Fiserv Forum and Milwaukee as a whole will certainly have more excitement planned for this second-round battle – we dyed the Milwaukee River green for the first round; on to Lake Michigan for round two? – so stay tuned to OnMilwaukee for more updates and announcements.