Like Coca-Cola, Disney and McDonald's, Alice Cooper is a highly successful American brand name that does business around the world 24 hours a day, seven days a week.

The CEO of this particular company turned 70 in February, yet he shows no sign of taking his foot off the gas pedal. In fact, Alice Cooper is probably busier now than at any other time in his 50-year career. His syndicated radio show, "Nights with Alice Cooper," is still going strong 14 years after its debut, and he was featured in NBC's Easter Sunday live telecast of "Jesus Christ Superstar" earlier this year, singing the part of King Herod. Along with Aerosmith guitarist Joe Perry and actor Johnny Depp, he also founded the Hollywood Vampires, a band that started as a gruesome joke.

"It was meant to be the world's most expensive bar band," Cooper said in a conversation with OnMilwaukee. "It was initially a tribute to our dead, drunk friends, like Jim Morrison, John Lennon, guys like that. But now we're headlining shows in the U.S. and Europe."

Currently Cooper will begin a U.S. tour under his own name on Friday at the Wisconsin State Fair – and couldn't be more excited about it. His latest album, "Paranormal," earned the legendary rocker some of his best reviews in decades and worldwide sales soared, and later this month, Cooper will also release a brand new live CD, "A Paranormal Evening at the Olympia Paris." He's also got a live Hollywood Vampires CD on the way in addition to the band's first studio album.

"I've got a number of albums coming out in the next year," Cooper said. "The live album from Paris is excellent, and I can't wait for people to hear that."

Milwaukeans share a special bond with Cooper because of the history lecture he gave Dana Carvey and Mike Myers in the 1992 film "Wayne's World." Backstage after a show, Cooper remind the duo that "Milwaukee" is actually an ancient Algonquin word that means "the good land." He goes on to say that the city has the distinction of being the only one to elect three socialist mayors. At that point, Wayne and Garth bow down and worship him with their fawning "We're not worthy" routine.

Cooper's journey to international stardom started in the 1960s in Phoenix, Arizona. He and his high school track buddies taught themselves to play guitars and drums so they could form a rock and roll band. Within a few years, they became good enough to play club dates all over Arizona.

"We were regulars at the Fort Huachuca soldiers' dances," Cooper said, referring to the huge complex that protects the border with Mexico. "It seemed we all had girlfriends whose fathers were sergeant majors or something. Dads are bad enough, but when they're military too, man, watch out!"

For Cooper, the price of fame and success was acute alcoholism. His first stint in rehab was 1976, followed by a second one three years later.

"I'd reached to point in a rock and roll life where there were no more houses or cars to buy," he said. "I kept asking, 'What else is there?'"

What else was a wife who threatened to leave him if he didn't clean up his act. By 1984, well on his way to becoming another rock and roll casualty, Cooper was finally clean and sober, crediting his lifestyle changes to his family and a renewed faith in God. And now he's ringing in the first weekend of the Wisconsin State Fair – but before then, we chatted with the legendary rocker.

OnMilwaukee: You're one of the best self-promoters in the business, and always have been. One of your first albums, "Pretties for You," garnered a scathing review that proclaimed the record "a tragic waste of vinyl." But you loved that.

Alice Cooper: I'm a very positive person. I prefer lemonade to lemons. You can't buy reviews like that, so the best thing to do is use it to your advantage. I always believed in myself, and I think that's the secret.

The album was different, that's for sure. Nobody really knew who we were. It took them time to get used to a new sound. Frank Zappa, who put that record out, said, "I don't get what you're doing either, but that's why I signed you to a contract." We worked with producer Bob Ezrin, and he really elevated us to the point where we could compete with a band like The Doors. He was to us what George Martin was to The Beatles. Then we hit it big with "Eighteen" and "School's Out," and people finally got us.

"Elected" was written as a political satire to poke fun at Richard Nixon. But 45 years later, it's still a great song to perform live. Why is that? 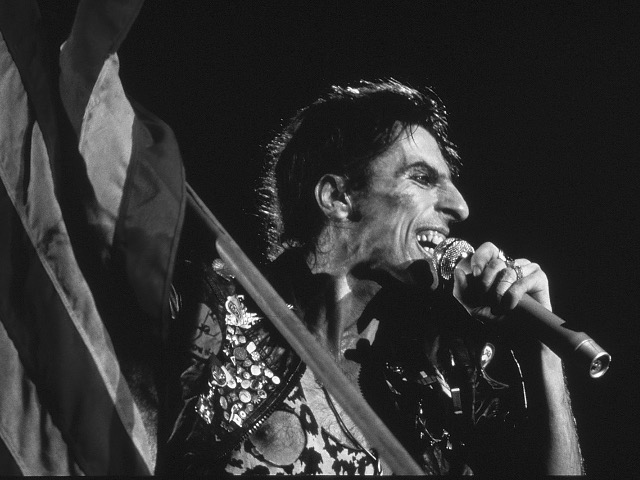 I think it resonates with audiences even more today than it did when we first started performing it. Let's face it: Most politicians write their own satires. I just mirrored that in a song and added my campaign slogan: "Alice Cooper for President - A Troubled Man for Troubled Times." Guys like Nixon, Bush and Trump have to have very thick skins to be in politics in the first place. There's so much theatre there, maybe more than rock and roll. (Laughs) I'm actually the least political guy on the planet. I tell the audiences, "Hey, I'm here to take you away from all that for a while. I'm your escape!"

When you create a song, do you start with a melody or the lyrics?

I start with a title and then the song kind of writes itself. You know, like "I've Fallen in Love and I Can't Get Up" or "No More Mister Nice Guy." There's a natural beat, a cadence, that tells me how to construct the verses and the chorus. I'm trying to tell a really good story in three minutes, so I write the ending first and work backward.

How were Joe Perry and Johnny Depp recruited to join the Hollywood Vampires?

I've known Joe since the early '80s. When I met him, we hit it off because we both loved the same songs. Aerosmith's music, like mine, is fashioned after the Yardbirds, The Who and, of course, The Beatles, which is a Melody 101 class for any aspiring songwriter. We both loved the bluesy sound in those bands.

Joe and I were already playing together, and I was in England filming "Dark Shadows" for Tim Burton. Johnny Depp and I had dinner one night, and he told me he'd been a guitar player before he became an actor. I invited him to play at a bar with us, and it was a very informal show. The audience would shout out requests, like "Brown Sugar." We'd do that and then they wanted "Back in the USSR." Johnny played right along – never missed a note. He was excellent. Now there are two guitar players and a singer, so we became the Vampires.

That's hard to say right now. We've got about 30 songs rehearsed, but that will be pared down to 20 by showtime. It's safe to say that audiences will like the mix of classics from "Billion Dollar Babies" and "Welcome to My Nightmare," and some of the newer stuff. The band sounds great!

Our favorite stealthy spots to relax at State Fair