For the first time in its three-year brewing history, New Barons Brewing Cooperative will have its own taproom and brewery.

"We started out brewing here," says CEO John Degroote. "Weâ€™ve been here all along, just not in a consumer-facing capacity." 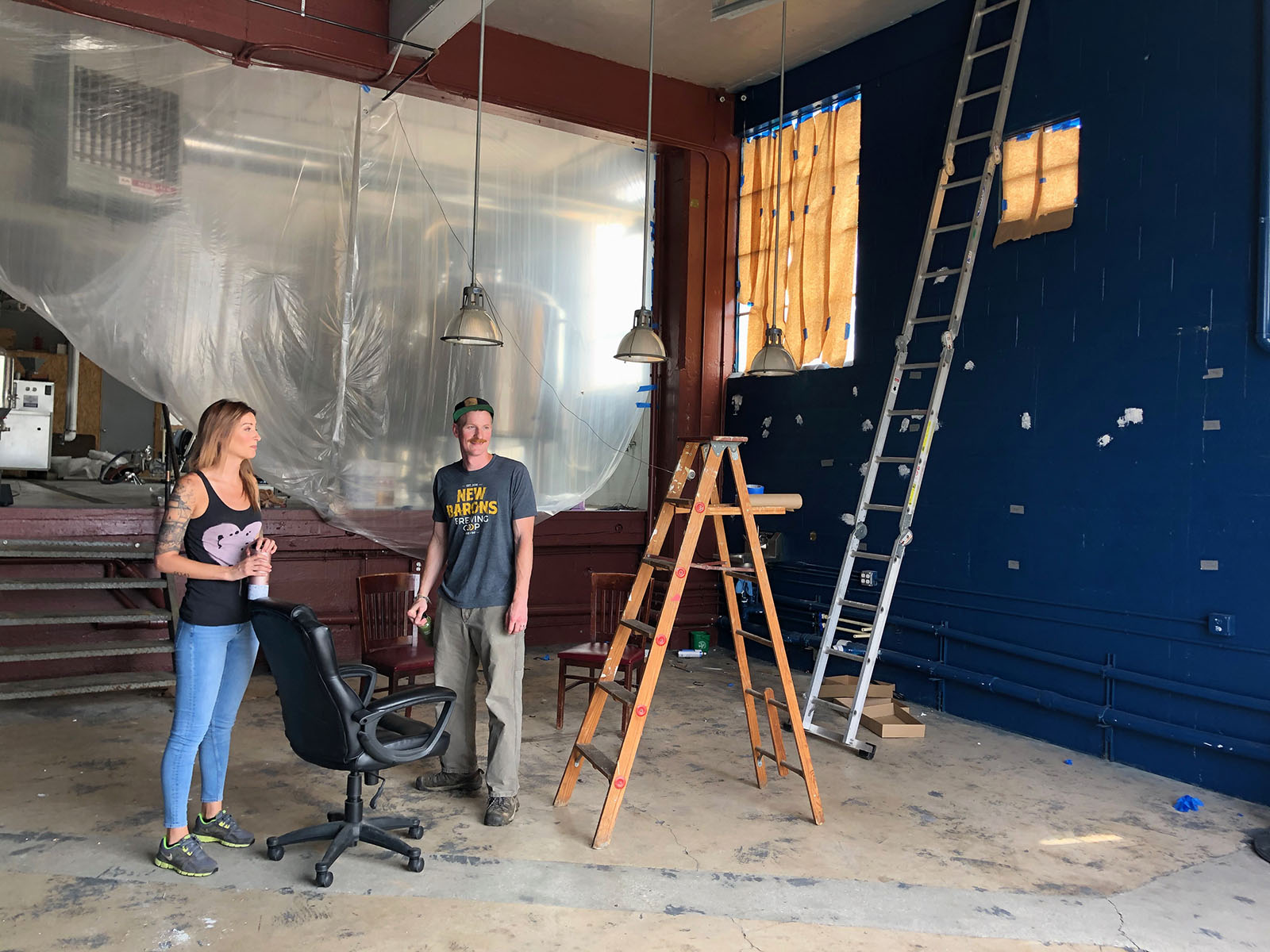 So, you might call this a return to its roots for New Barons, which will continue brewing on a system it knows well.

"We are currently working with New Barons to have them take the equipment and have yet to finalize that deal, (but) we are confident we can get it done since we have such a good relationship with them," says Enlightened co-owner James Larson.

Enlightened, which started in 2015 a small second-floor space at Lincoln Warehouse that is now occupied by Component Brewing, moved into a larger space in Bay View, 2020 S. Allis St., last year. It kept the Lincoln Warehouse brewery after the move. 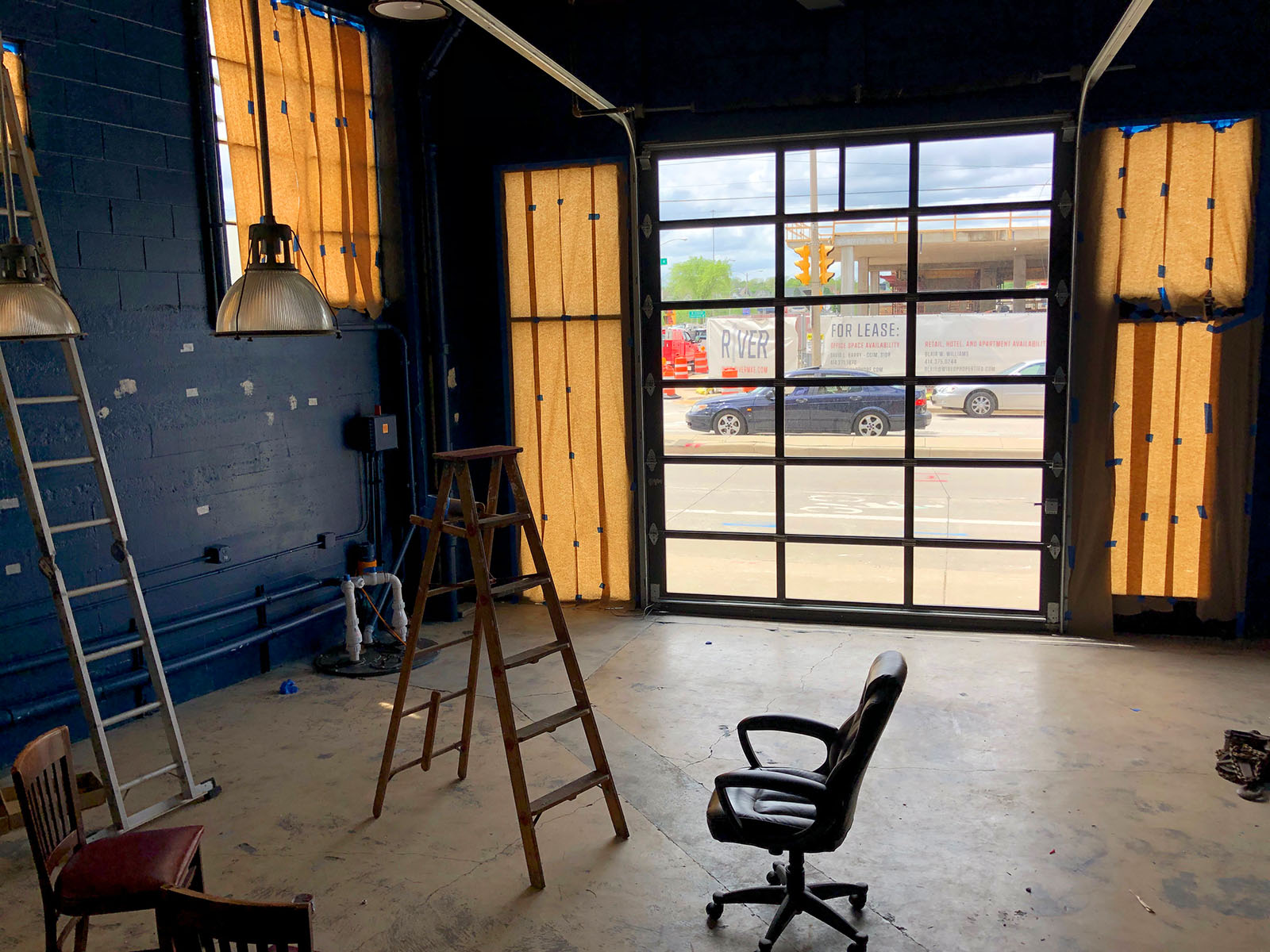 "We were operating both locations for a short period of time, both production and retail," says Larson. "The intended use of the space was to help us develop a pilot program to drive some really fun cool side project beers out on draft to see how they did.

"We quickly realized that having two breweries meant needing to have two or three of everything and that the small production team we operate with was overworked, a lot of the fun was being lost on the project."

The 1,700-square-foot space is a high-profile one with street frontage on the busy corner of Becher and South 1st Street.

New Baronsâ€™ Degroote and Heidi Dalibor â€“ who were the driving forces behind the four Beer Drive-Thru events that took place between late March and mid-May â€“ will run the new facility, with Degroote serving as head brewer and Dalibor, who is board president, managing the taproom.

As part of its Tosa Restarts program,Â Wauwatosa has approved a plan that aims to speed up the process of considering applications for sidewalk sales for retail stores, expanded outdoor seating for restaurants and bars, and, "other creative business solutions," during this difficult economic time.

Via the program, the city promises to review and approve, as appropriate, applications for activities like:

"Expediting approval processes is one small way we can support our businesses as they reopen and follow social distancing and reduced capacity guidelines," said Paulette Enders, director of development for the City of Wauwatosa.

"We will continue to prioritize public safety, ADA compliance, and other safety measures as we allow creative use of spaces throughout Wauwatosa."

Earlier in May, Tosa Restarts launched with a financial assistance package for business owners.

According to a press release issued Friday by the city, the programâ€™s goal is to "generate vibrancy within Wauwatosaâ€™s commercial districts, as well as eliminate or reduce fees where allowed," as a means of battling the financial challenges created by the COVID-19 pandemic shutdown.

Business owners can submit a request online and small business owners may apply for financial assistance via the Wauwatosa Revolving Loan Fund Corporation and the Community Development Authority.

So far more than 100 small businesses have received financial assistance.

"As in every community, bus…

Thank heavens for some good news.

Just when it seems the pandemic is taking aim at nearly every bit of summer fun, the organizers of Sculpture Milwaukee have announced that the annual Downtown outdoor art exhibition IS ON for the fourth straight year.

Installation of this year's works is expected to begin on June 8 and will run until mid-July and to make up for this phased-in approach, many of the sculptures will remain in place through next winter.

Last year's "Holiday Home" â€“ by Richard Woods â€“ will remain on view but with a new color scheme for 2020.

This is also the first year in which sculptures will be installed in the Third Ward, thanks to a partnership with the Black Box Fund.

Because of coronavirus, there will no related in-person events tied to Sculpture Milwaukee this year. Online resources will help folks explore the sculptures alone.

These include live-streamed and pre-recorded conversations with artists, virtual art lectures and other events.

In addition, there will be ground markings around the works to help viewers maintain social distance.

"The sculptures will be a visible and vibrant reminder of our cityâ€™s unwavering resilience, an invitation to reimagine our surroundings, take-in new perspectives, and get inspired," said Beth Weirick of Milwaukee Downtown.

"We want everyone to feel safe coming downtown; Sculpture Milwaukeeâ€™s plans fit right in with the larger effort to create a safe, inviting locale for our community."

Sculpture Milwaukeeâ€™s Executive Director Brian Schupper added, "We love Milwaukee, and, we want our exhibition to inspire people to get out and experience our beautiful city once again."

I can't wait to see this year's works and to try and guess which ones will stay in the city forever, like this onevtfvfvuyctfzvrxvaqqftzu and this one and numerous others.

No giant slide? No Cracovia potato pancakes? No flavored milk from the Bucks? No cream puffs? A whole lotta nothin' on a stick? Thanks for nothing, 2020.

State Fair Park Board of Directors Chairman John Yingling made the awaited announcement late Thursday morning in a press release, saying, "for the safety of fairgoers, staff, vendors, entertainers, exhibitors, sponsors, suppliers and the broader community, the 2020 Wisconsin State Fair has been canceled."

In a virtual meeting held Tuesday, May 26 â€“ with the clock ticking on a self-imposed end-of-May deadline â€“ the board voted to allow Yingling to make the decision on the future of this yearâ€™s State Fair.

"On behalf of the entire State Fair Park Board of Directors, please know that the decision to cancel the 2020 Wisconsin State Fair was not taken lightly," said Yingling on Thursday.

"Months of deliberation took place, considering all options to host a Fair that adheres to the highest standard of safety without compromising the experience. We explored countless models, but ultimately safety cannot be compromised. The risks associated with hosting an event of this size and scope right now are just too great."

The Wisconsin State Fair has only been canceled five times in its 169-year history, most recently in 1945, during World War II, at the request of the U.S. Office of War Transportation.

"We understand the magnitude of disappointment you may be feeling. We feel it, too. However, safety is our top priority, and that cannot be compromised under any circumstance. We have tremendously loyal fairgoers, vendors, partners and exhibitors.…

Brooklyn kid, Milwaukee adult. Writing about music in Milwaukee since 1986, lately Bobby's added a lot of words about Milwaukee history, food, wine, public education, architecture and other subjects, too.