Miranda Lambert made us all "feel famous in a small town" last night with one hell of a show at Fiserv Forum.

The country star's "Roadside Bars and Pink Guitars" tour stop featured several fellow rocking girls from the genre: Elle King, Pistol Annies and Ashley McBryde. With an all-female line-up, Miranda hopes that the "fierce women" of country music will begin to be heard and recognized for their chart-topping hits!

"A hit is not a number; it's when the crowd sings every word back to you. We're just asking to be heard," Lambert said in an interview earlier this year.

Taking those words to heart, the Milwaukee fans attending last night's concert did not disappoint. While filling the arena with "honky-tonk" energy, the crowd's vocals, though a bit off-key, were nothing but supportive for these powerful women of country entertainment. 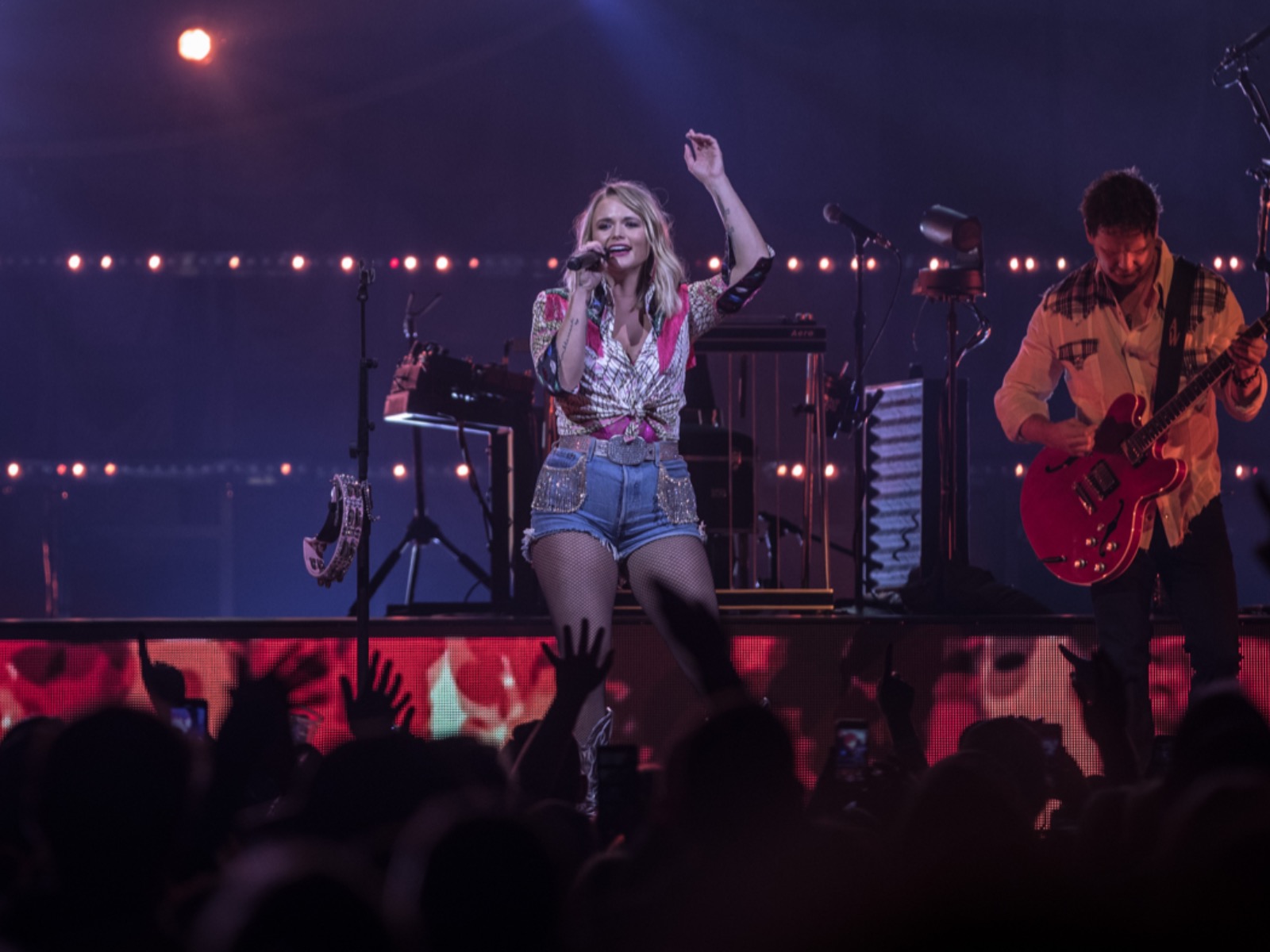 Here are five things that made Fiserv Forum a fierce country barn burner on Friday night:

Lambert put her heart and soul into her live show, and the audience felt it from the first hit song to the last Friday night. No costume changes, big bells and whistles, or pyro necessary – just great, authentic country music by one of its best.

Comprised of Lambert, Ashley Monroe and Angaleena Presley, these women brought relatability, playfulness and the right amount of sass to the evening. Embodying their nicknames – "Hippe," "Hollar" and "Lone Star" – the trio entertained the crowd with a number of lead singles, including "Got My Name Changed Back" featuring Lambert playing the washboard.

While coming to the end of the main set, Lambert energized the crowd once again with this fan favorite and massive sing-along. Originally written by country artist Audra Mae, "Little Red Wagon" is full of attitude while no doubt appropriate for this all-female tour as an ode to keeping someone from "riding your coattails."

Miranda's love for her job, her fans and her representation of strong women within country music was felt throughout the show. In one particular heartfelt moment of gratitude, Lambert stated, "Thank you for spending your hard-earned money on country music. Thanks for supporting females in country music. You might be the best crowd on this tour." Way to represent, Milwaukee!

5. Powerful women wrapping up the night

This all-women trek lived up to the crowd's expectations and then some. Prior to embarking on this tour, Lambert stated that each one of the women taking part in the "Roadside Bars and Pink Guitars" tour inspired her in different ways – and Friday's concert put that on display. Finishing out the four-hour set, the women stood side by side while their vocals shined through with "Fooled Around and Fell In Love."

Women might still be fighting to have their voices heard in popular country music, but on stage together, supporting each other, they packed an arena of 17,000-plus, represented true artistry and proved they are a force to be reckoned with.