If you're looking for an banjo-slinging Italian, look no further than Milwaukee's own Michael Rossetto, whose new CD, "Intermodal Blues," is out now on Minneapolis-based Shifting Paradigm Records.

The nine songs on the record are genre-busting, with hints of Americana, Italian folk music, Spaghetti Western vibes, bluegrass and even rhythms that conjure jazz.

Like Rossetto's experience, the record is a blend of Milwaukee (the title comes from our train station) and Minneapolis, where he went to school and was a fixture on the music scene before he returned to Brew City.

We caught up with Rossetto to ask about "Intermodal Blues" and the route he took to get to it.

OnMilwaukee: Because a lot of folks in Milwaukee might not be familiar with your musical background, give us a quick walk through your c.v.

Michael Rossetto: I was in a band (The Primarys) during my high school days in the '90s that would play at The Globe often –one of the great all-ages institutions in Milwaukee. I also sat in with the legendary Blues Disciples a few times at The Up & Under, but I moved to Minneapolis in 1997, so I matured as a musician in the cold north country.

I led an instrumental quartet in Minneapolis called the Spaghetti Western String Co. for almost a decade. The instrumentation changed a bit over the years but featured banjo, mandolin, cello, clarinet and violin.

At the time, in the mid 2000s, it was unusual to see these instruments on a stage of a rock club in Minneapolis, but now it's commonplace. I also have been backing up singer-songwriters for years – The Pines, David Huckfelt, Erik Koskinen, Frankie Lee and Pieta Brown. Upon moving back to Milwaukee in 2016, I was brought into the Buffalo Gospel fold and will perform with them from time to time.

Yes. "Intermodal Blues" was recorded in Minneapolis before I moved back to Milwaukee, mixed in Eau Claire and mastered back in Minneapolis. During this process I was traveling a significant amount both domestically in the Midwest and abroad. Travel often evokes both a sense of adventure and anxiety in me and this music was my soundtrack.

I couldn't resist a nod to our own Intermodal Station. I've never met a musician that didn't have a love/hate relationship with travel. It's an essential part of bringing music to people. 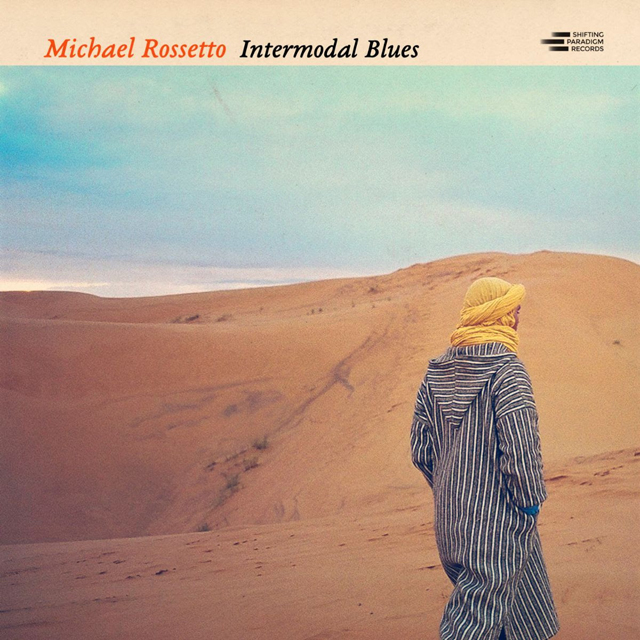 The thing that really struck me about the music was its cinematic quality and how evocative it is. Listening to it made me wish I was a filmmaker so I could make a film and have it as the soundtrack. Is the creating a mood like that part of what you strive for or more just a happy result?

Well, thank you for that. I have a deep love and respect of film and love to collaborate with filmmakers. Back in Minneapolis during the Spaghetti Western String Co. days we wrote and performed a few live scores to films like "The Red Balloon." Interestingly enough, my process rarely involves visuals. I write what sounds good in my head and feels good in my fingers. I leave the visual connections to more qualified artists than myself.

There are references to Italy in the titles and your name is quite obviously Italian, but few Americans would associate the banjo with Italian culture, though surely there are connections. How does your Italian heritage influence your music?

There are actually some brilliant Italian banjoists that have pushed the boundaries of the instrument – Claudio Parravicini and Silvio Ferreti come to mind right away. I suppose the rich history of Spaghetti Western films, the (Ennio) Morricone soundtracks and the Italian fascination with the west has something to do with it.

Those old Neapolitan folk songs are embedded in the ears of many Italian-Americans and really don't sound so out of place next to the country, folk and rural blues that was birthed in the U.S.

During the making of this record I spent time in my father's town in the Piedmont region of northern Italy. Traveling through those mountains made quite an impact and as you would expect gave me a greater understanding of what his life was like until he came to Milwaukee in 1956.

This summer I'll trace my Sicilian half and travel to my mother's town of Porticello. She also came here in '56. There is a song on the record called "Ferry to Tunis" that is about the ferry ride from Palermo to Tunis in northern Africa which we plan to take while we are there. I've been endlessly fascinated and inspired by the music of northern Africa for the last decade and Sicily will serve as my gateway.

The banjo is an instrument of African origin and there have been several banjoists that have traced the instrument back to its roots – Bela Fleck, Rhiannon Giddens, Jayme Stone, etc. My way of tracing it back is through my roots in Sicily, and through to the northern part of Africa and beyond. I think often about the balance between honoring my own history and the history of the instrument I love so much. Its a delicate balance and something I try to be respectful about.

Music is, in a very different way, also your day job. Do you ever see your avocation and vocation intersecting?

Music has consumed my days and nights for a long time. I spent my last eight years in Minneapolis as the Director of Marketing & Communications at The Cedar Cultural Center, one of the finest global music venues in the Midwest, if not the entire country. It was there where I was exposed to artists from around the world each week at a pace that was at times overwhelming. One year we had 34 concerts in 31 days.

The greatest impact on me musically was seeing Malian artists each year – Rokia Traoré, Fatoumata Diawara and Bassekou Kouyate to name a few. I saw the desert blues originators, Tinariwen, seven times on that stage. Seek them out if you don't know them.

One of my favorite memories was spending the day with Terje Insungset, a Norwegian percussionist who performs under the name Ice Music. He spent the entire afternoon carving out percussion instruments like marimbas and huge horns from solid blocks of ice and played them on stage that evening with his band. That was on a Monday in February. Mondays have never been the same since!

To get back to your question, though, the release show for "Intermodal Blues" will be at The Cedar on April 19, so yes, my old life and current life are going to be intersecting. Currently I'm working for the Milwaukee Symphony Orchestra during the day and humbled to be part of such a beloved arts institution in our city. For now I keep my duties with the MSO separate from my night time banjo pursuits.

"Intermodal Blues" is available via shiftingparadigmrecords.com
or michaelrossetto.com. An official release party is slated for May 16 at the Pabst Milwaukee Brewery & Taproom. Details and tickets here.