6 reasons why you shouldn't have missed Mary J. Blige and Nas at Fiserv Forum

Rap and R&B royalty invaded Fiserv Forum on Tuesday night as Nas and Mary J. Blige paid a visit to Milwaukee as part of their co-headlining arena tour. Dubbed "The Royalty Tour," the Queen herself and one of the greatest rappers alive made for a perfect team and put on a performance that Milwaukee won't forget anytime soon.

The pairing was a no-brainer – not only because the Nas and Mary J. have been friends and collaborators for several years, but because both artists are 25 years removed from the release of their iconic and most notable albums. As a result, fans filled the arena to see what the iconic duo would cook up on stage.

Here are six reasons why you shouldn't have missed Mary J. Blige and Nas's show at Fiserv Forum.

1. Only legends blessed the stage 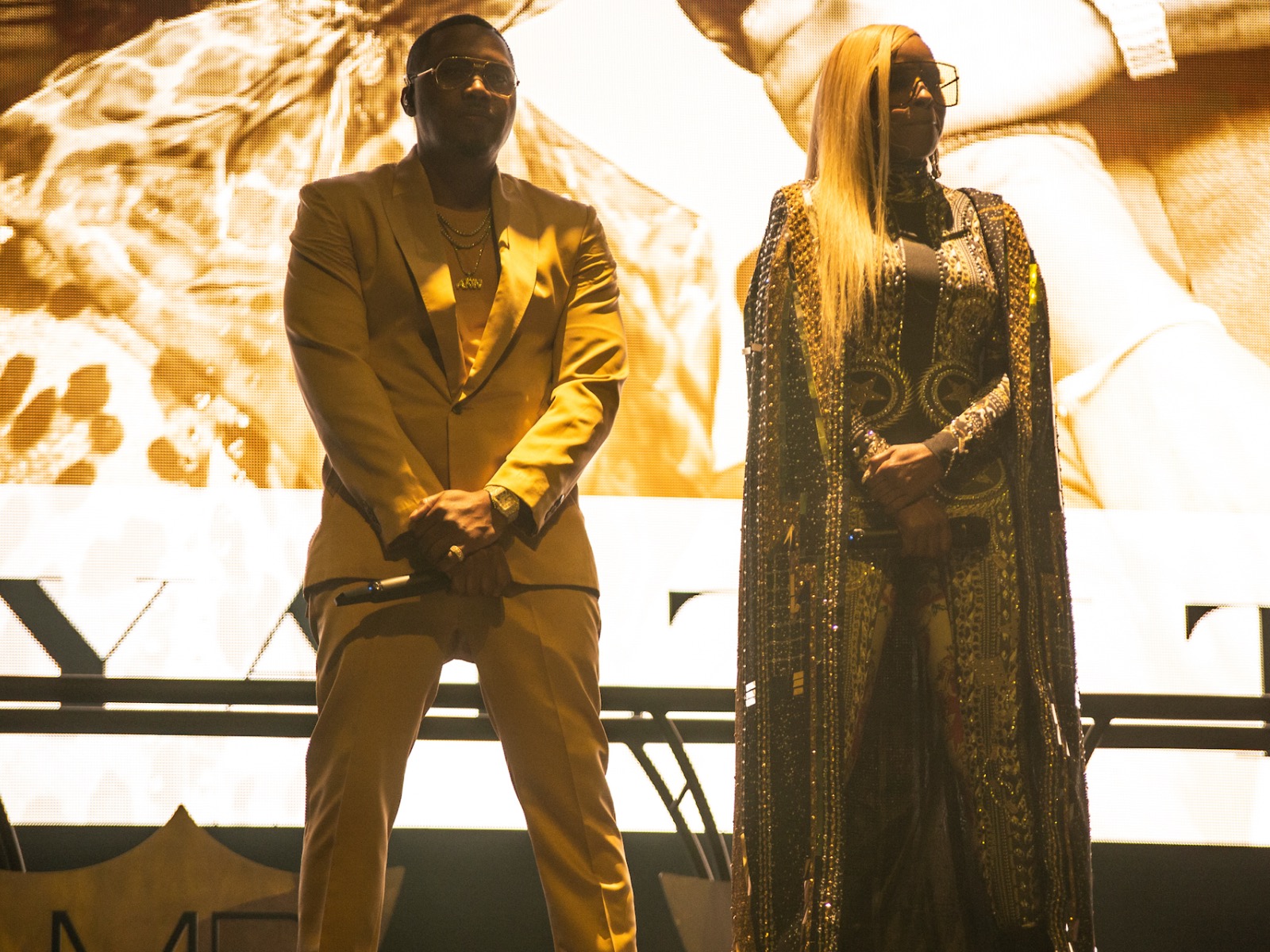 "The Royalty Tour" trims the fat for its fans, as only legends were permitted to bless the stage. With no opening act, the show began when hip-hop and R&B royals, Nas and Mary J. Blige, greeted their Milwaukee fans. Although opening performers can get the night started on the right foot and serve as an added bonus to those who arrive on time, Nas and Mary J.'s legendary status was everything fans needed to fill the seats and have a memorable night. 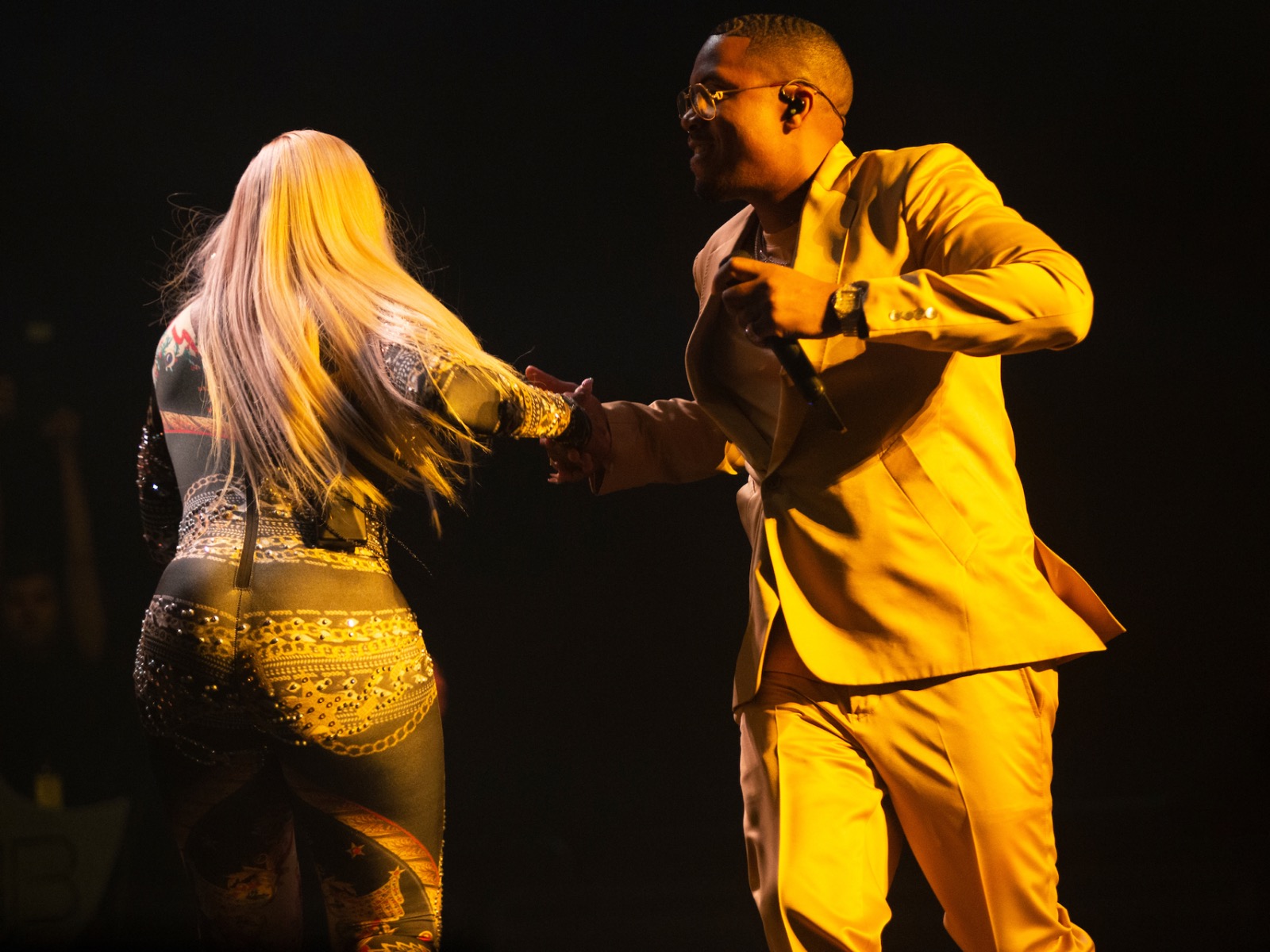 Staying true to the tour's co-headlining status, Nas and Mary J. shared the stage from start to finish, taking turns throughout their set to perform some of their solo records while also sharing the stage during several moments of the night. Each artist kept the crowd's attention, but the audience was most engaged when the duo combined forces and played off each other beautifully. Too often co-headlining shows can be spoiled by fans leaving early if their artist performs first and never returns, but this tag-team format solved such problems and made a better experience for fans. 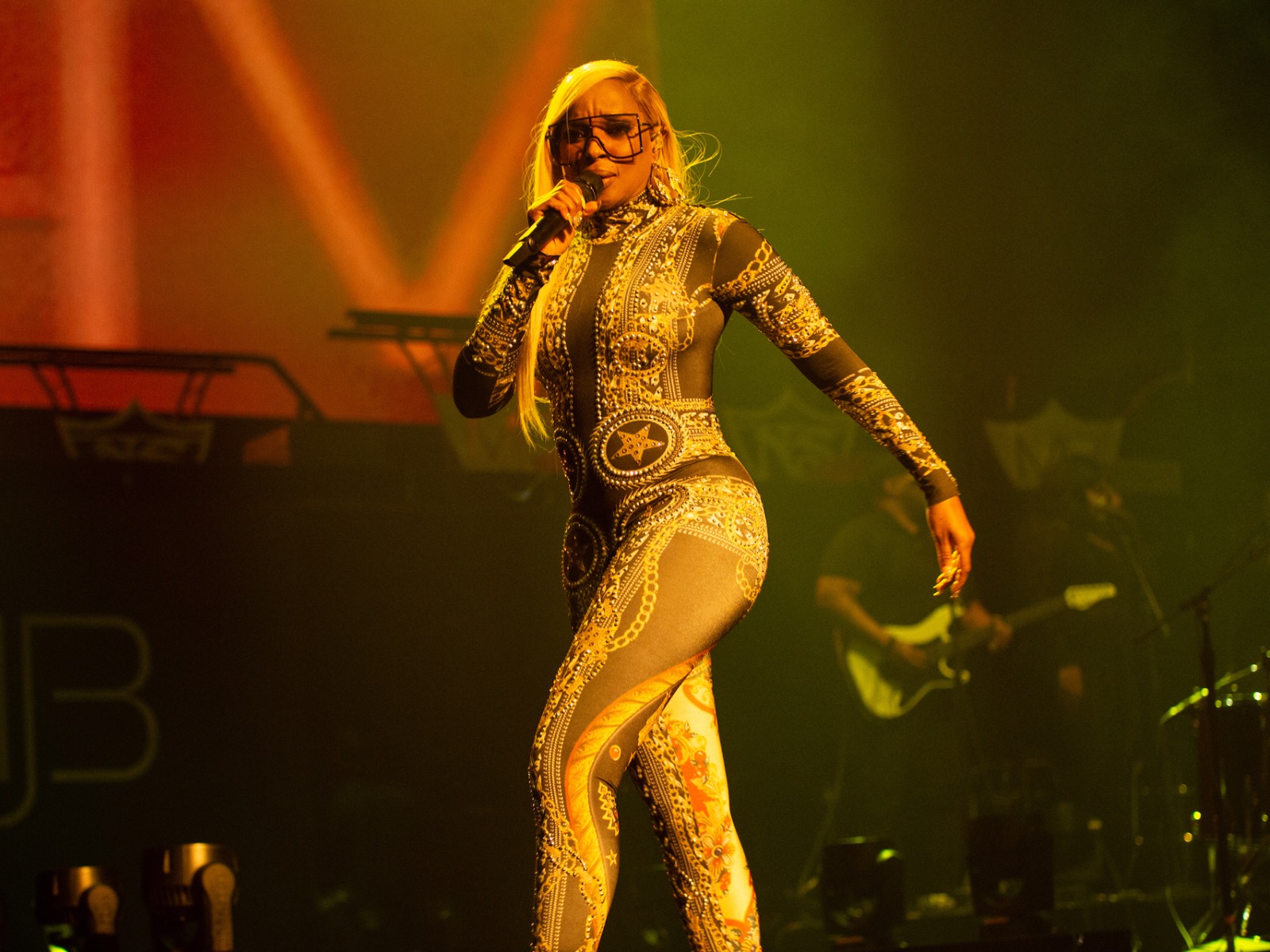 "The Royalty Tour" doesn't only pay tribute to Nas and Blige's friendship throughout the past couple decades. It also celebrates the 25th anniversary of two classic albums – one of those classic LPs being, of course, Blige's critically acclaimed sophomore album, "My Life."

Sharing its title with one of the project's hit singles, the 1994 Puff Daddy produced album tackled some of the most personal moments from Mary J.'s life, including addiction, abuse and depression. With the bad came the good, however, as the classic album influenced R&B artists that followed and gave birth to hits like "My Life", "I'm Going Down" and more. While Mary J.'s performances covered albums from throughout her entire career, much of the setlist was dedicated to legendary album. 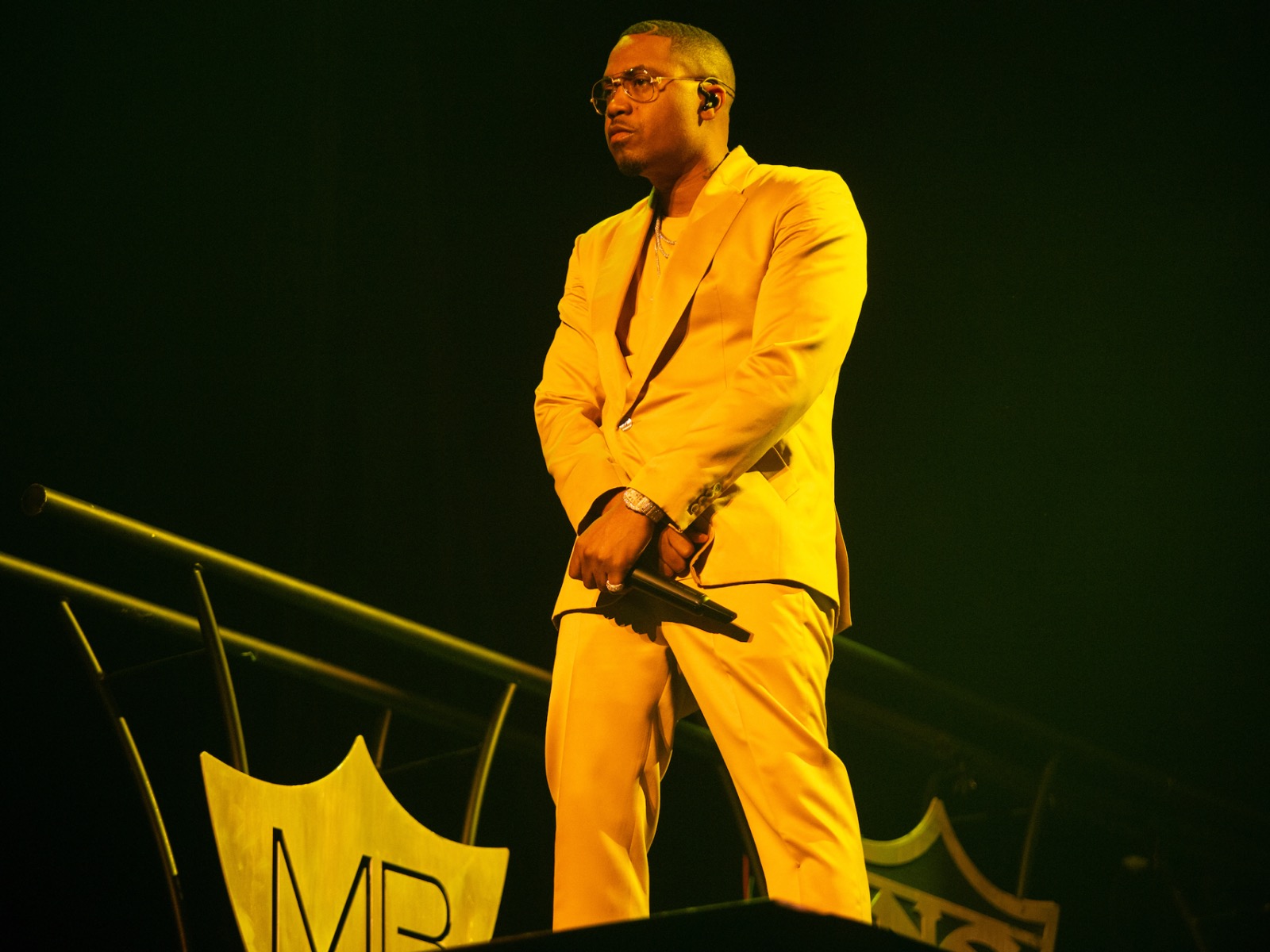 "My Life" wasn't the only classic album showcased on Tuesday, as Nas is also celebrating the 25th anniversary of his most critically beloved project, his 1994 debut "Illmatic." Still considered as one of the greatest debut releases in rap, "Illmatic" is a hip-hop masterpiece which portrayed a 20-year-old Nas' life growing up in New York's Queensbridge housing projects. The album and the rapper's unmatched lyricism quickly made Nas a household name in the rap world and turned him in the icon that he is today.

Like Mary J., Nas also celebrated the project's quarter century milestone on Tuesday by dedicating much of his 20-plus song set to the album. Performances of "The World Is Yours" and "Halftime" stood out as personal favorites, among many others. 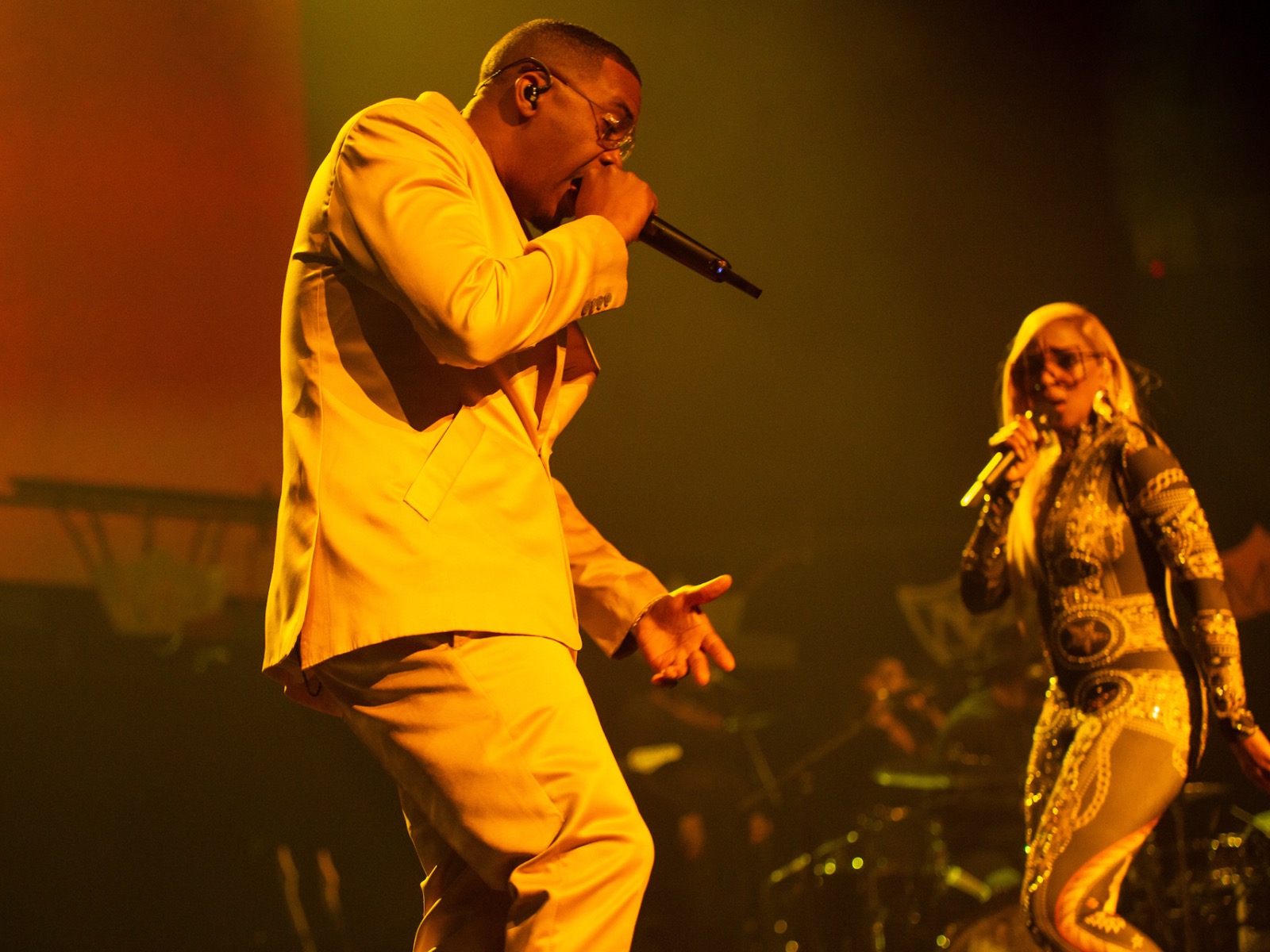 Throughout the show, Nas and Mary J. teamed up to perform some of their top collaborations throughout the years. Kicking the night off with their 2019 track "Thriving" and "Reach Out" from Nas's 2012 album, "Life Is Good," the two shared the stage later in the evening to perform tracks like "Love Is All We Need" and "Family Affair," which closed the show. 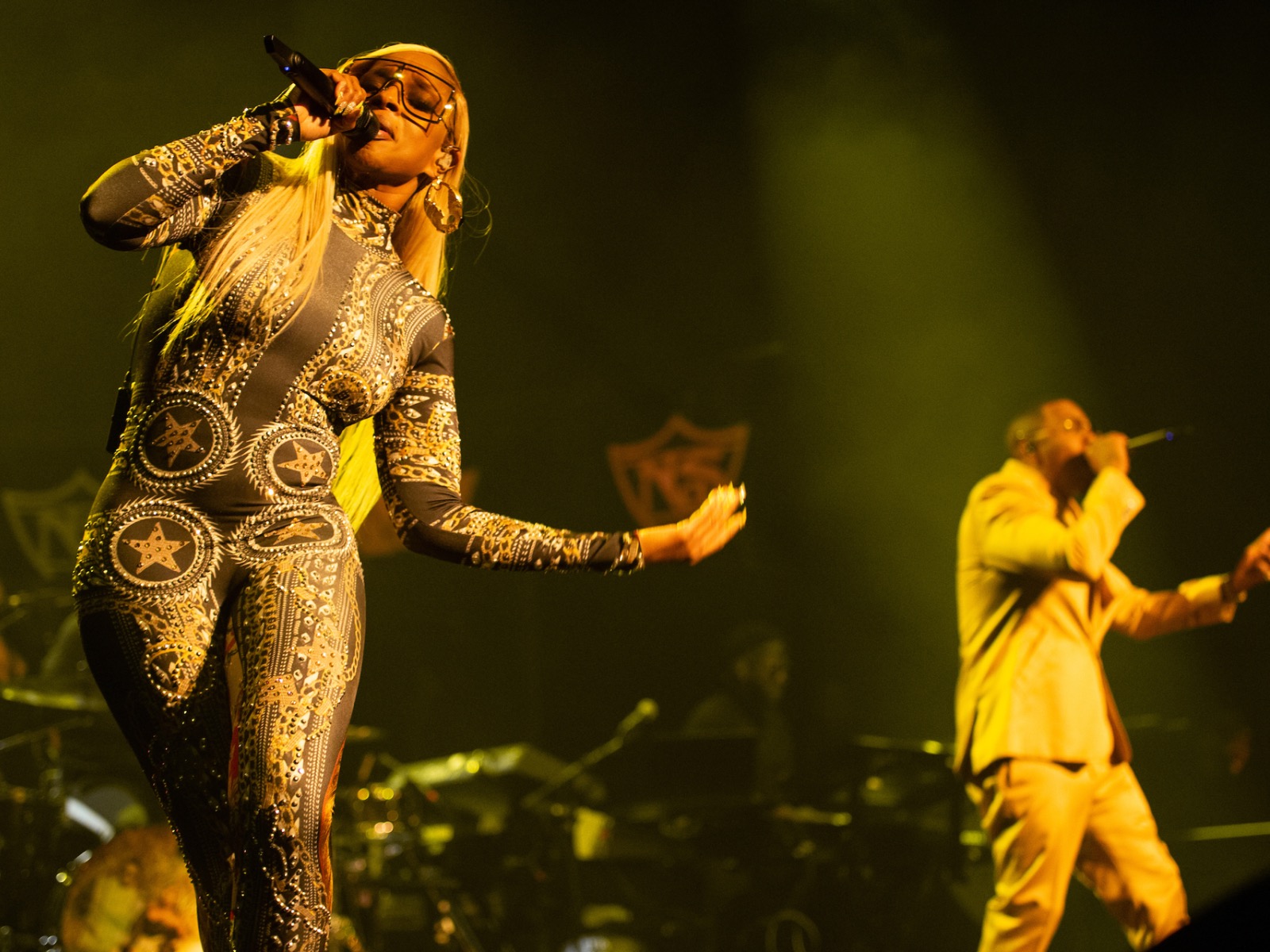 One big takeaway from Tuesday night's show was just how big of a catalog each artist has. Fans enjoyed performances of nearly 50 songs between the two artists, many of which were classics and hit singles. Nas reminded us of his legendary status with performances of "Hate Me Now," "One Mic," "Made You Look," "I Can" and "N.Y. State of Mind," while Mary J. had the crowd singing along with her classics like "I'm Going Down," "Real Love," "My Life" and "No More Drama."

Nas and Blige have been big names in their respective genres for over 50 years between the two of them, so there was no shortage of memorable performances throughout the night, tiding fans over until the two celebrate their next respective anniversaries on tour.

Santana and Earth, Wind & Fire will perform at the Amp in July