You guys! There's a Little Free Library shaped like the Oriental Theatre

Around the same time the Oriental Theatre temporarily closed for renovations, a Little Free Library shaped like the opulent East Side movie palace was erected less than a mile away.

Jan and John Carroll, who live on Dousman Street in Riverwest, were inspired to put a small lending library in their front yard by their 8-year-old granddaughter, Kate.

"Kate developed a passion for little libraries. She thought giving and getting free books was just the coolest thing ever," says Jan. 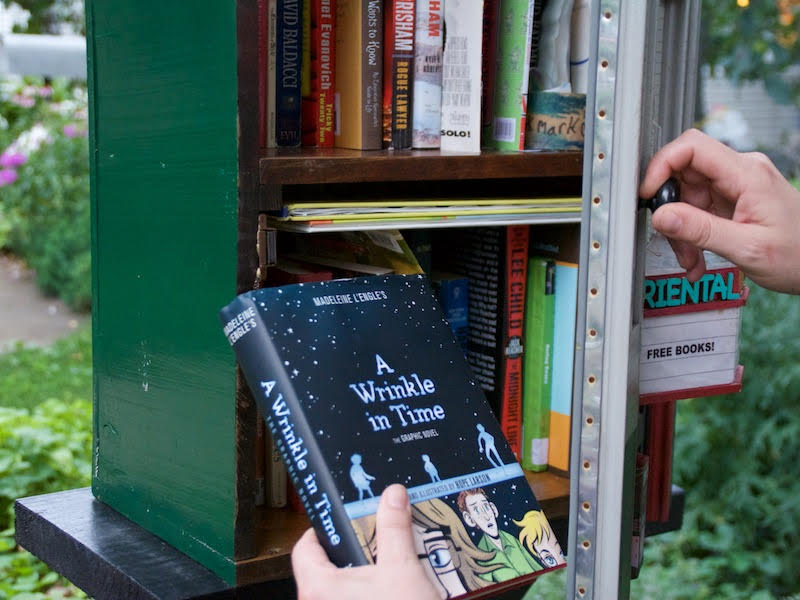 Together they researched Little Free Libraries on the internet and looked at photos of hundreds of different models. After careful consideration, Kate decided she wanted one shaped like a theater.

"I must admit at first we were thinking of something a little easier," says Jan. "Unfortunately, we didn't have the carpentry skills, so we asked my brother-in-law, Michael, if he had interest in building one for us."

Michael, a Colorado-based lawyer with solid carpentry skills, said he would love to build the library. Kate picked out photos of her top three favorite theaters, including the Oriental Theatre, and they emailed them to Michael, telling him he could pick his favorite.

The adorable replica strikes a strong resemblance to the original. Officially named "Kate's Little Library," the structure houses about 30 books, all of which Jan hand selects. 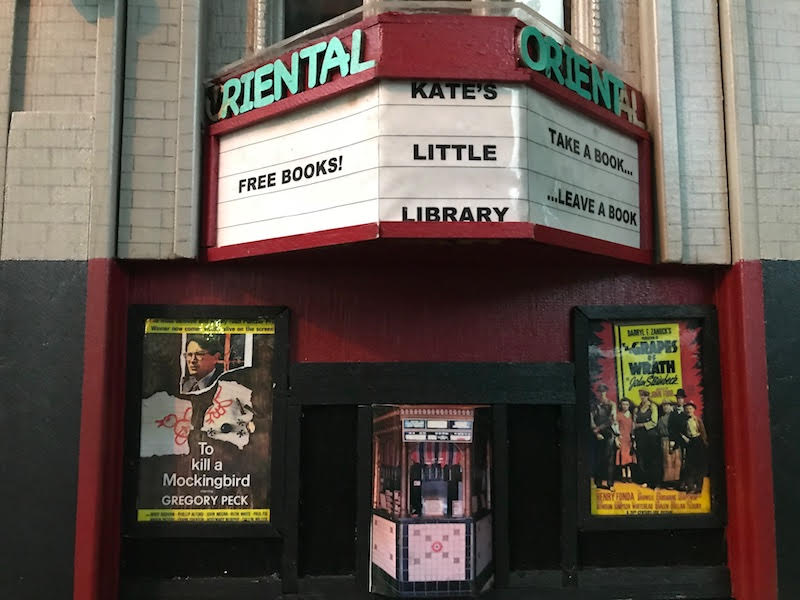 "I'm kind of picky about what goes into our library," she says. "And if a book doesn't 'move' after a few weeks, I swap it out with something else."

The Carrolls have put many of their own books in the library along with books donated by friends and family. "I store them under my bed," says Jan.

Handmade bookmarks by Kate, as well as her 7-year-old cousin Illana, are also stored inside the library and free for the taking.

"They are on fire with the bookmark making," says Jan. "We're all having so much fun with this little library." 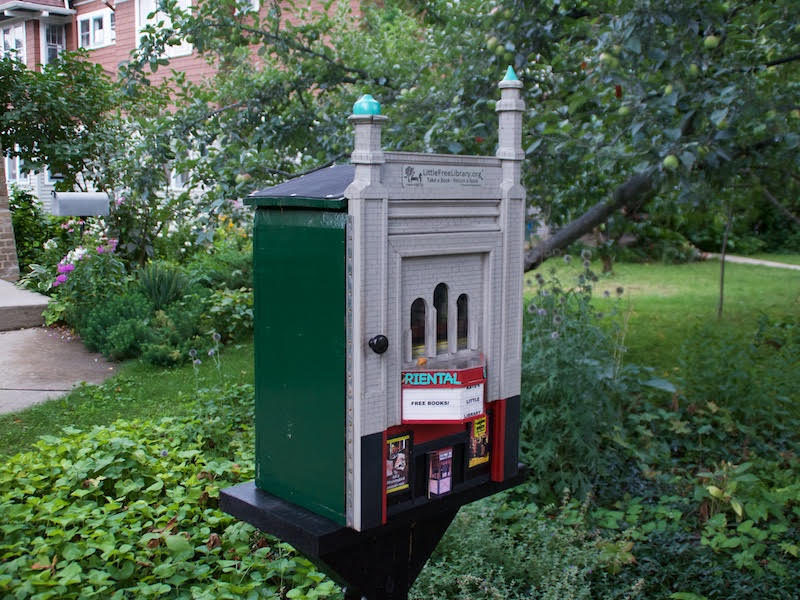 Where to watch the 2020 Oscar nominees

Here are the 2020 Oscar nominations

The real winners and losers of the 2020 Golden Globes