Mid-Century aesthetic lives on through local dealer's passion for sustainability

"Mad Men" may have introduced the Mid-Century Modern aesthetic to a new generation, but the design movement is hardly a fad. In fact, Milwaukee and its suburbs are still resplendent with pristine examples of the architecture that thrived between the early '50s and 1965 – but "trendiness" is exactly why much of the era's most gorgeous furniture has disappeared: the end of the century inspired homeowners to redesign their living spaces with some, well, questionable pieces.

Fortunately, Milwaukee's Aricka Cohen is doing her part to keep this timeless style alive through her vintage furniture business, Mid-Century Meow. A self-professed cat lover, the business has nothing to do with felines; rather it's a play on the social media hashtag #MCM, which usually stands for "Mid-Century Modern."

In her warehouse space on the northern end of Bay View sits more than 1,000 pieces of furniture and decor, everything from dining tables to credenzas to lamps to kitchenware. Cohen has been buying and selling pieces for more than 15 years, and despite what some people think, she is not simply scouring estate sales and thrift stores for random, dusty old kitsch.

"This is sourcing and being resourceful as best as one can," says Cohen, who approaches her business with a strategic eye. "I fortunately do have more people calling me for private sales than anything else. I don't especially like to go to estate sales because there's a lot of competition there."

Unlike some other antique dealers, Cohen does almost all of her business online, through Facebook and Instagram, although she frequently hosts open houses – like the one she's holding this weekend. She does not even have a website, and Cohen says she doesn't need one. 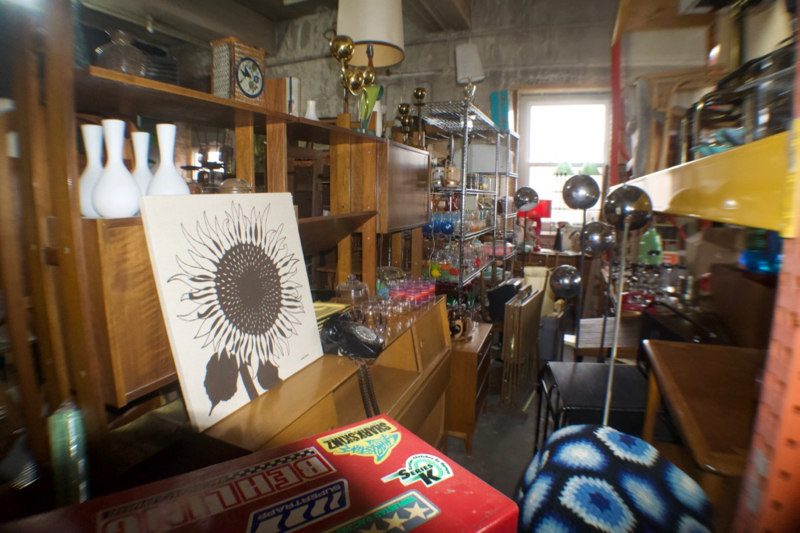 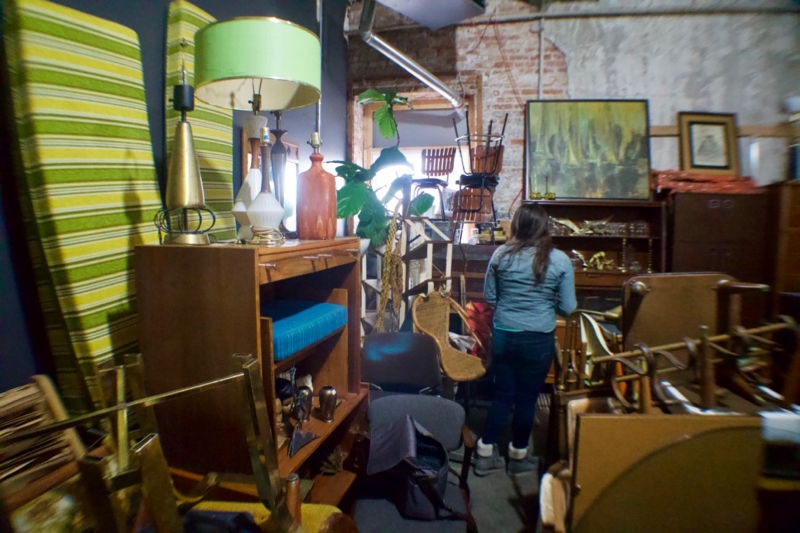 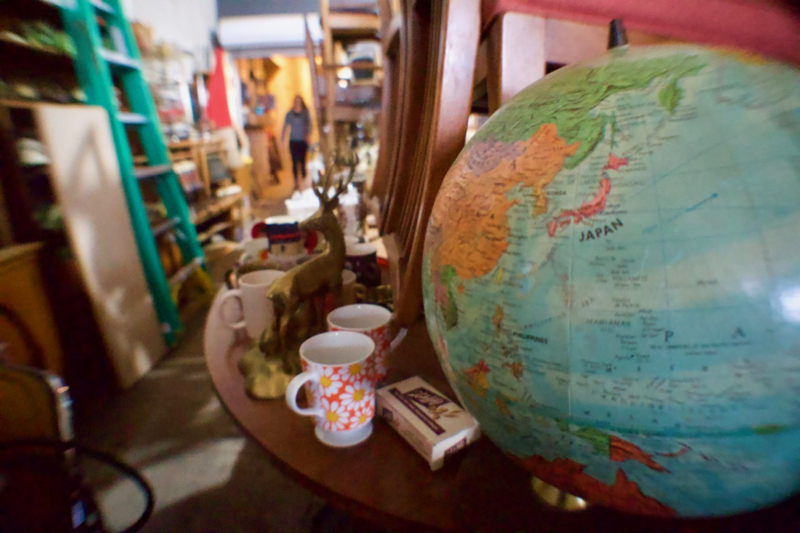 After all, Cohen is pretty choosy about what she sells. While she does her own restoration work, she's not putting out damaged furniture just because it fits the MCM aesthetic – "I have a hunger for learning how to improve my craft and how to budget as best as I can as an entrepreneur."

Her first question to herself on what makes the cut: "Would I put it in my house?"

"If I don't want to put it in my house, then what if nobody else wants to?" she says, pointing to a gorgeous teak stereo cabinet that she refinished and added hairpin legs at a customer's request.

Wandering around Cohen's space – and it's tight, not laid out like an antique shop at all – you'll notice that none of the pieces display price tags. That's on purpose, says Cohen.

"I want to be able to make sure (my customers) buy the best piece for their purpose," says Cohen. "With further conversation I can establish that the measurements, color and material are dialed in. If all someone is basing their decision on is price, then that could lead to a missed connection for both parties."

And that's, perhaps, the most interesting part of Mid-Century Meow. Cohen is also a consultant on the MCM movement. She'll visit a client's home, survey the room, then make suggestions for fixtures, colors and decor. She'll pick up and deliver in her big, white cargo van. She'll find the pieces a customer needs, because she recognizes that this business is all about relationships.

So, while stores like Target have jumped on the MCM bandwagon, that mainstream validation of the aesthetic doesn't really help Cohen's cause, she says. 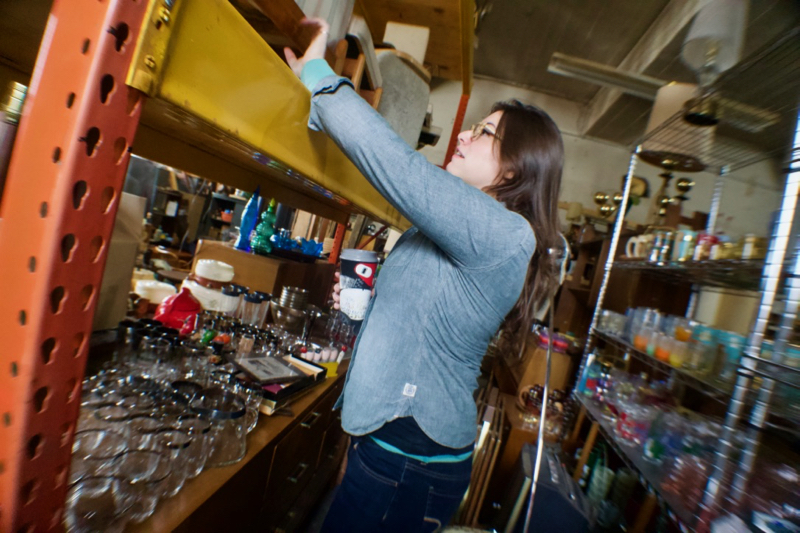 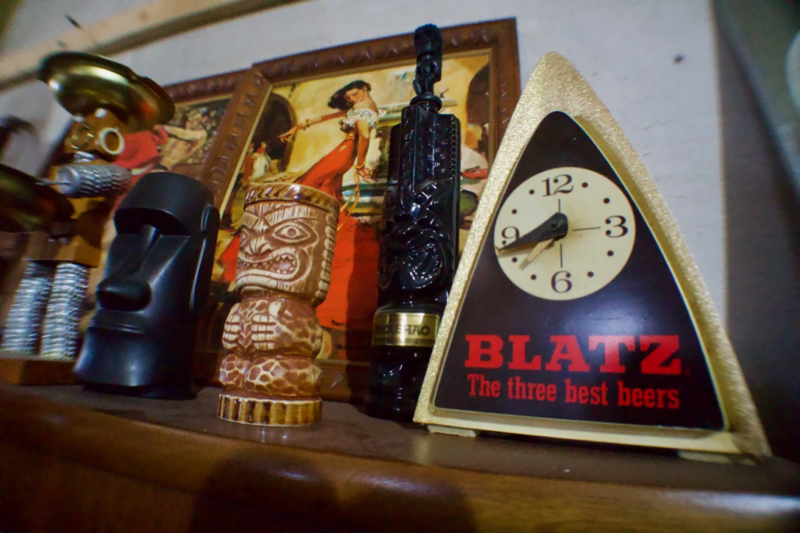 "I have real materials that have stood the test of time. My dining chairs, for instance, have a greater weight capacity than what you can find (at big box stores)."

Resale value aside, Cohen also says she believes in sustainability, and the disposable nature of cheap knock-off furniture rubs her the wrong way.

"And that's what really excites me about this stuff," she says. "It's great design, great materials that are sustainable. I want to keep them going and keep them alive."

For long after Target has moved on to a different style, Cohen will be here, advocating for MCM's clean lines, simplicity and integration with nature.

"Mid-Century Modern is a design style, not a period," says Cohen. "It transcends time."

So, while some of her methods hearken back to a time when sales were personal, she recognizes that adding in a new approach – powered by social media – gives her business a cutting-edge advantage.

And, as Mid-Century Meow grows, Cohen realizes that she could benefit from a retail space, too. She says she's on the lookout.

Says Cohen, "I would like to have greater exposure with my items, my services, and bring that different flair to finding this stuff, that maybe others haven't experienced."

Talk with her for a little bit, and you'll see Cohen's enthusiasm about her one-woman show. If you're a fan of this stye, that enthusiasm is pretty infectious.

"I'm a vintage soul with a vintage heart," she says proudly. "It's always been my jam. It's the cat's meow."