Michael Sheppard is a bit of a rarity in his industry. The founder and managing partner of IronwoodDrive Financial Group didn't come from a background in finance. Instead, he went to school to become an electrical engineer, and was later signed as an undrafted free agent by the Tampa Bay Buccaneers. He also played in arena league football for a season.

However, when pro football didn't pan out, Sheppard turned his attention to the financial services industry, where he is one of a very small minority of African-Americans in his field. His firm provides retirement plans and employees benefits for businesses and financial planning for individuals.

As a certified minority-owned business, Sheppard, 38, leads his team of six from their Downtown office. We caught up with him recently to discuss the unique path he took to get to where he is now.

OnMilwaukee: You didn't take a traditional path into financial planning, did you?

Michael Sheppard: I have been in the financial services industry my whole career, for 15 years, but I went to school for electrical engineering. My sisters who raised me said that I could get an engineering degree and then figure it out afterwards. I interned in a testing department, doing a little bit of design stuff, which was fun. But after that experience, I said, "There is no way for the next 30 years of my life I'm going to sit poking wires." And so that was a probably limited view of what engineering was, but I got recruited to sell Cutco knives, which was setting your own appointments, going to people's houses. And so I had a lot more fun in that experience and made a lot more money. When I applied for jobs after I got done playing football, I applied for engineering roles at all the big companies in Milwaukee, one of which was Northwestern Mutual, which my sister had done an engineering contract there.

How did you go from engineering to financial planning?

The financial representative role at Northwestern was predominantly positioning their proprietary insurance products. And then as I got my investment license, I started to broaden that conversation with clients to the point where some other companies took notice. The last four years I spent leading all operations for Principal Financial Group. 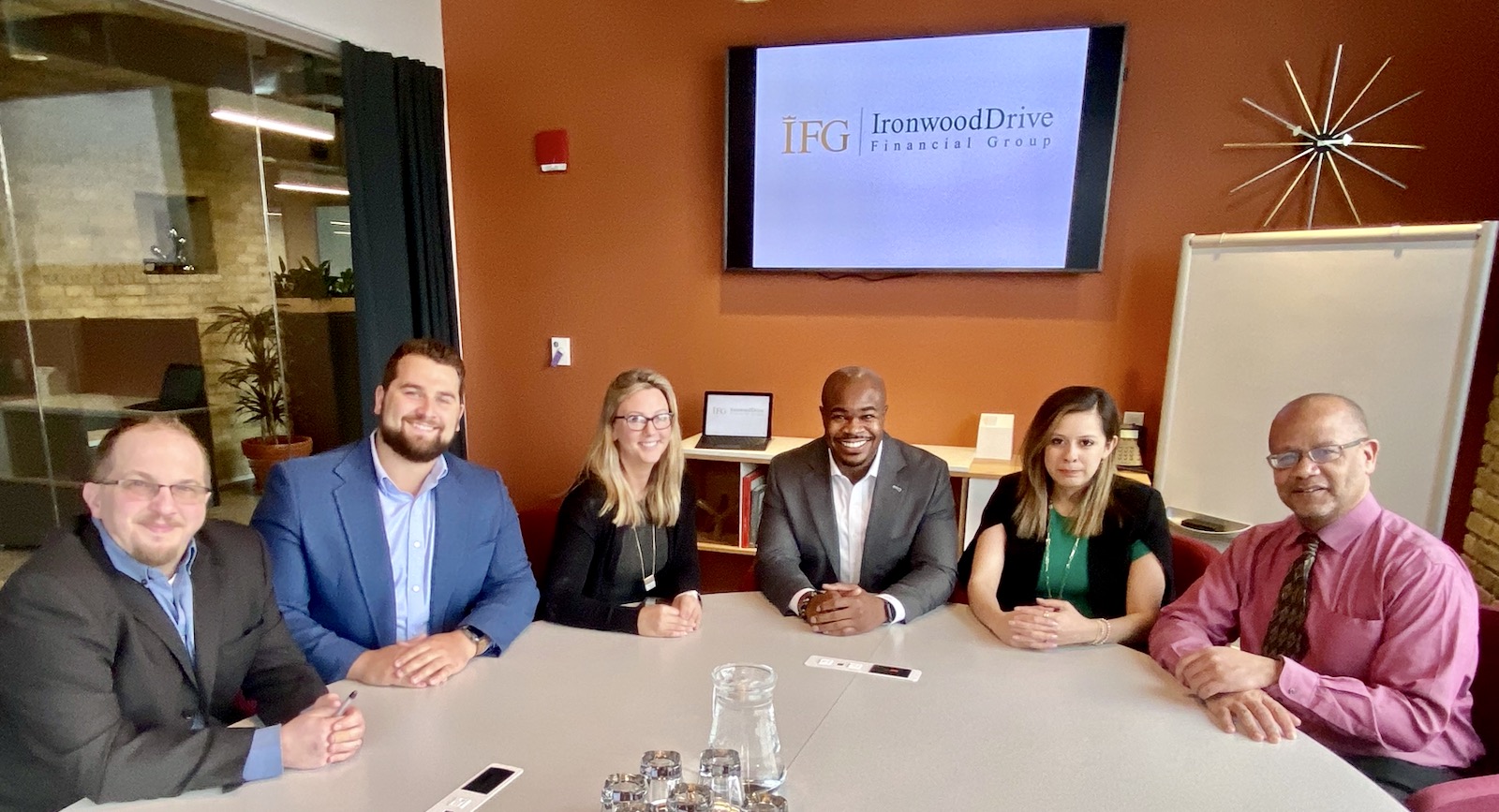 Are you from Milwaukee?

I'm a military baby, but I lived here from eighth grade through high school.

You had an interesting childhood, and it sounds like you overcame a lot of adversity.

That's actually where the name of the business came from. Eleven days after I was born, my biological mother passed away. Her name was Rita Johnson and she had three boys: Jimmy, Shawn and Michael. We each have different fathers, and unfortunately to this day, I do not know who my biological father is, but we had strong family ties.

So when Rita passed away, I was adopted by her sister, Diane, who was married to Sam Sheppard and they had two daughters. So my name went from Michael Johnson to Michael Sheppard, and I was formally adopted by that family about a year after I was born.

Sam was born in 1928 and to put that in perspective. He fought three wars: World War II, Vietnam and the Korean War. And so I was born in Dayton, Ohio, then Trenton, New Jersey, Fayetteville, North Carolina, and Troy, Illinois. And unfortunately when I was in Troy, Diane passed away from Legionnaires' disease.

She was 52 at the time when she passed. I was 11 and I lived with my father for a year, but unfortunately his PTSD had come back and it wasn't the best living situation. So from 12 on I was raised by my sisters. And so I went from Troy to California City, California to be raised by my sister, Gwen, who was actually my cousin, if you're still with me.

And when I moved in with Gwen, we lived on Ironwood Drive. At that point in my life, I lost my comfort zone. I had to really figure out how I was going to lead my life. Gwen worked a lot, did everything she could to raise me right, but I really had to take it upon myself in that time to focus on the positive and try and go do good things.

I feel the same way now where I've given up the cushy salary of a big company and gone out on my own to build a full service financial planning firm. And so that's why the name is IronwoodDrive.

Tell me about your football career.

Hockey was my first love. We actually moved to Milwaukee so that I could play hockey for winter club. I was not the all star athlete until I hit puberty. In my junior year in high school, that's when things started to take off. I met the weight room and I started to get OK at football to the point where North Dakota State took notice and I had the opportunity to go there, and I played football there and then excelled on the football field. I got a look from the Tampa Bay Buccaneers.

You were a linebacker?

Linebacker my first three years, safety my senior year. And then I was picked up as a undrafted free agent by the Tampa Bay Buccaneers in 2004. I Ddidn't make the final roster, but then played arena for a year in Nebraska, for the Omaha Beef.

What was that like to get that close to playing in the NFL?

When you get issued an NFL helmet, there's no better feeling than that. You work to get to that point and that was really cool.

Was it hard to adjust from being the best in high school and college, to starting over outside football?

The NFL is a business, and so you can have the skills but go to the wrong team at the wrong time. So there's a lot that has to go right for you to stick in the NFL, and you've got to be healthy. And it is a hard transition to go from you're the best to all of a sudden you can't play anymore. My sisters, Gwen and Verta, always raised me to think with my brain, and they harped on the degree.

It's not easy to get an electrical engineering degree and play football at a high level. But when I was done with football, I was ready to put on a suit. I had always wanted to be a businessman. So that transition was a little bit easier for me. 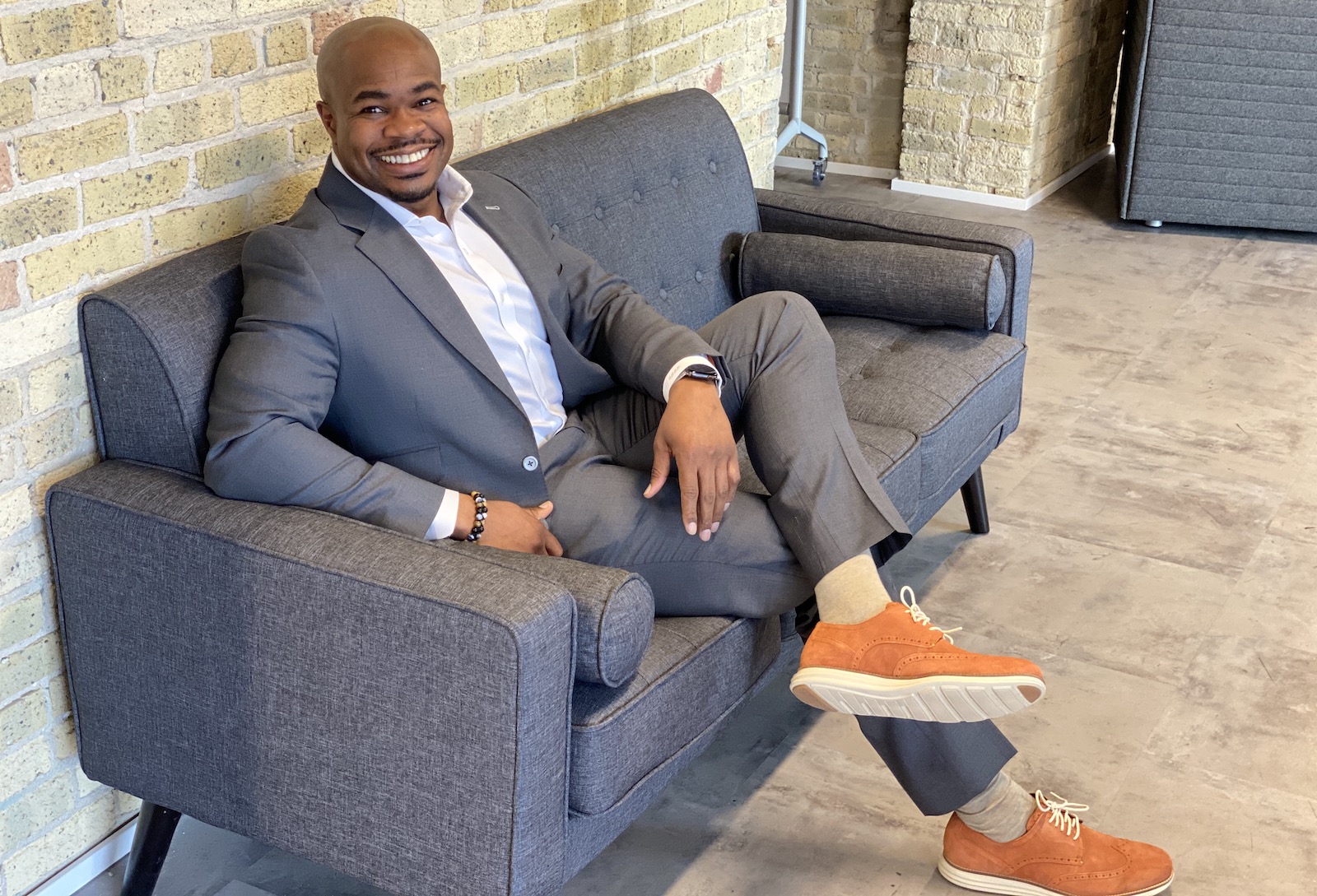 There are not many African-Americans in this field, right?

No. There's a lot of statistics out there about diversity in financial services. I would say it's probably the one industry that, while it's making strides, is not making them as fast as other industries. The Certified Financial Planning Board of Standards put out a diversity study in 2018. They stated that of the 83,000 certified financial planners that there are in the world, only 3,500 are black and Latino, and that there are only 1,200 black CFPs in the nation.

Is it something you think about?

It is. I hope that I can lead by example in making sure that the people in this industry reflect the market. And so I can only control what we can do in our firm. We respect everyone and believe that smart, intelligent, hardworking people can come in all different shapes, sizes and hues, and we appreciate everyone.

Is important for you to hire with diversity in mind?

We always look for the best person, but I think that it's an excuse to believe that the best person only looks one way. And you can look for great people everywhere. We don't lower our standards. We just open our eyes to everyone.

Do your Black customers feel more connected when they work with an African American owned firm?

I think people appreciate those who understand the unique things that you have to go through as a woman, as someone who's LGBTQ, as someone who's Hispanic. I think everyone likes to see themselves reflected. That doesn't mean that that specific person is the only one that understands their structure. But if you are a person of color or a woman and you don't see anyone that looks like you, you tend to ask a question.

What's next for your firm?

We will grow by four to six advisors every year, and our staff will grow accordingly. We are both bringing on business-to-business clients, as well as personal financial planning clients. However, we are utilizing the fact that we are a certified minority owned business to work with larger companies, and so that could accelerate our growth if we choose – or if one of those organizations chooses to work with us.