To think there was talk of tearing it down. And even after its associated building across the street was successful renovated and put to good use.

Thankfully, Jason Cyborowski, second-generation owner of J&J Contractors had other ideas for the former fire and police station at 6600 Schoolway in the heart of the Village of Greendale, just west of Broad Street. 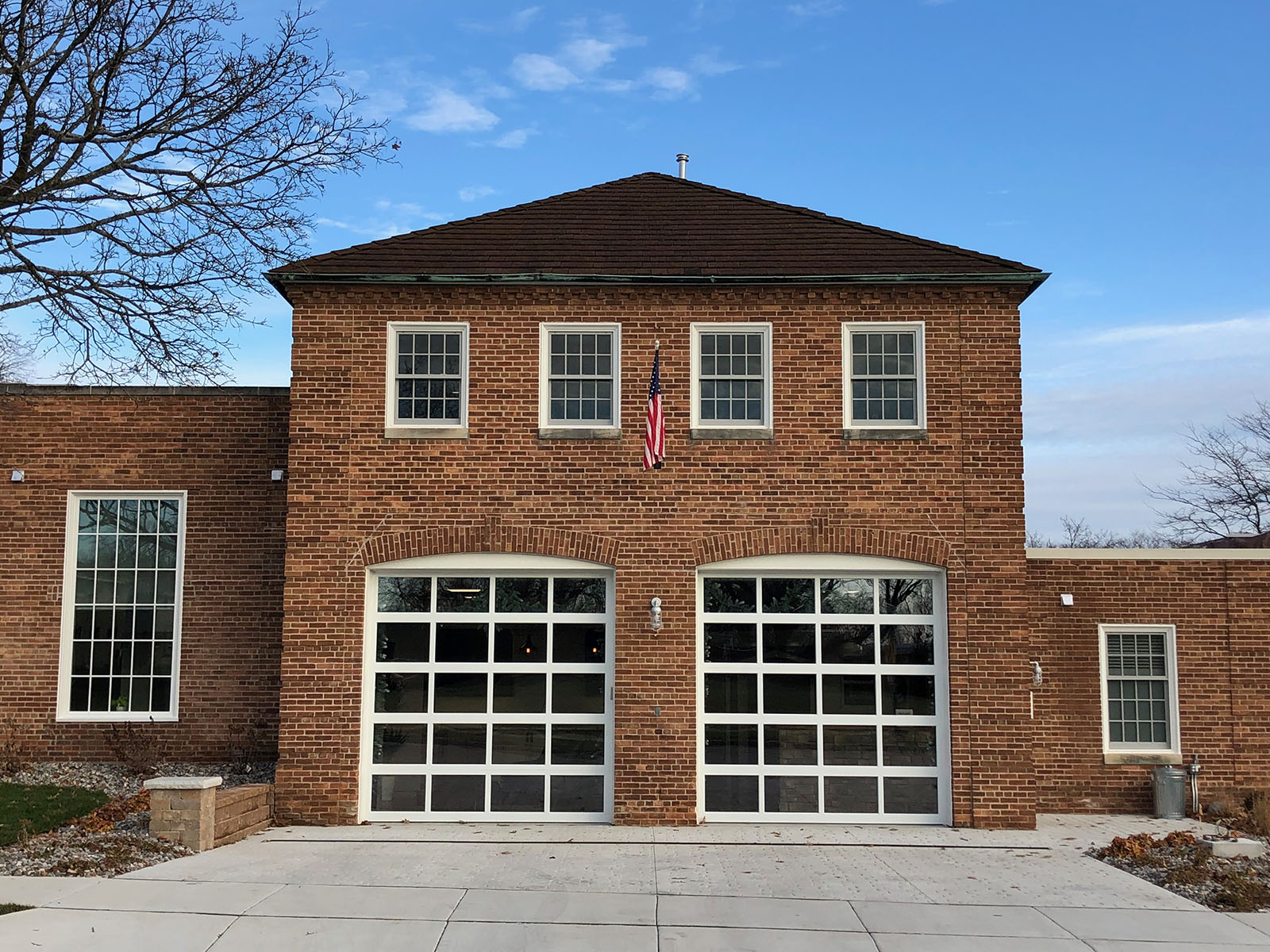 Erected in 1938, the brick building was initially a multipurpose one, housing not only the village fire and police departments, but also the municipal court and, in the basement, the heating plant that served this building and via heating tunnels, village hall, the cinema, the middle school and the nearby service building. 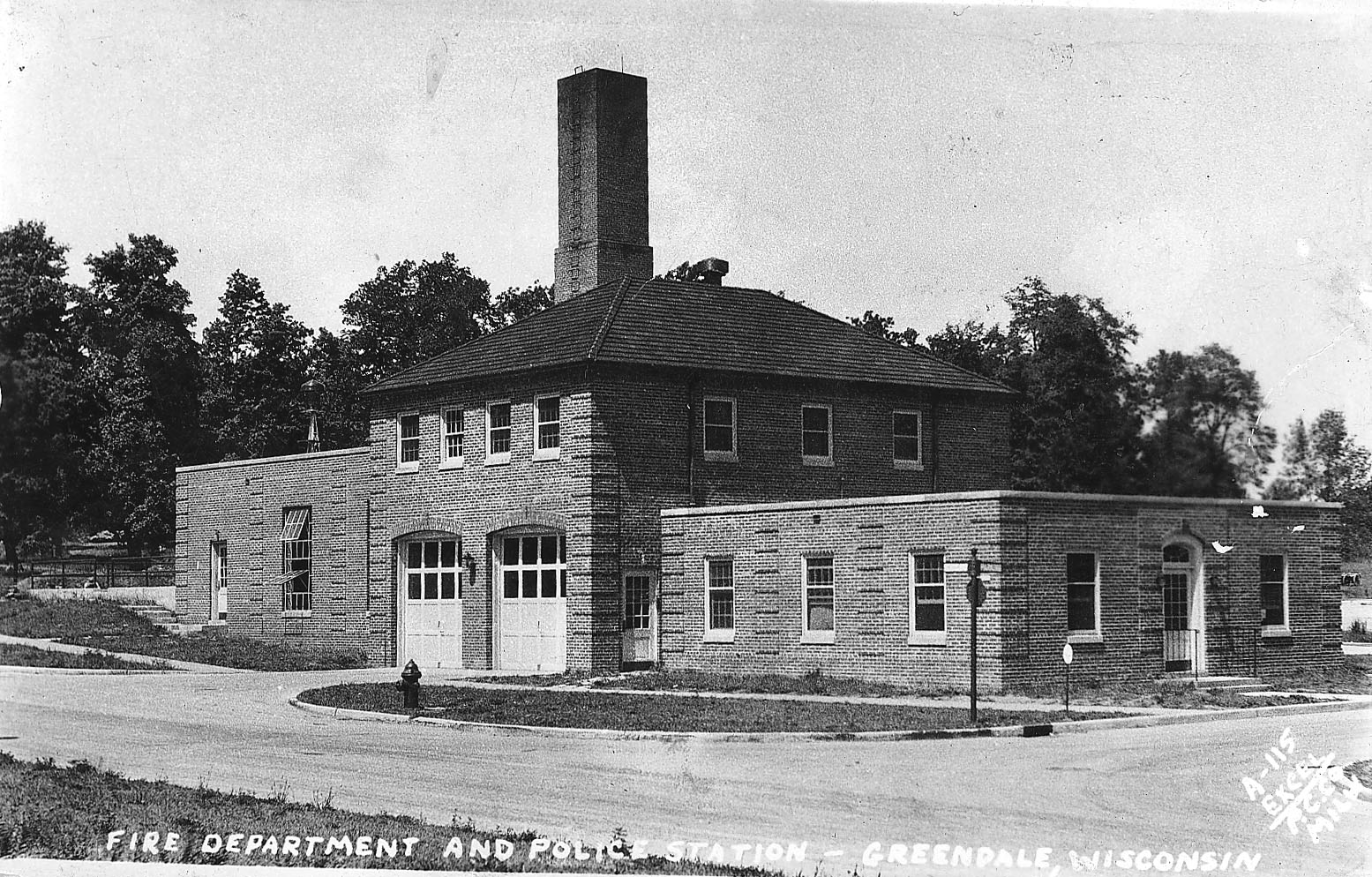 That service building, attached to the fire department's hose tower, was built in 1939 and in 2015 it was completely renovated to house a community gathering space. 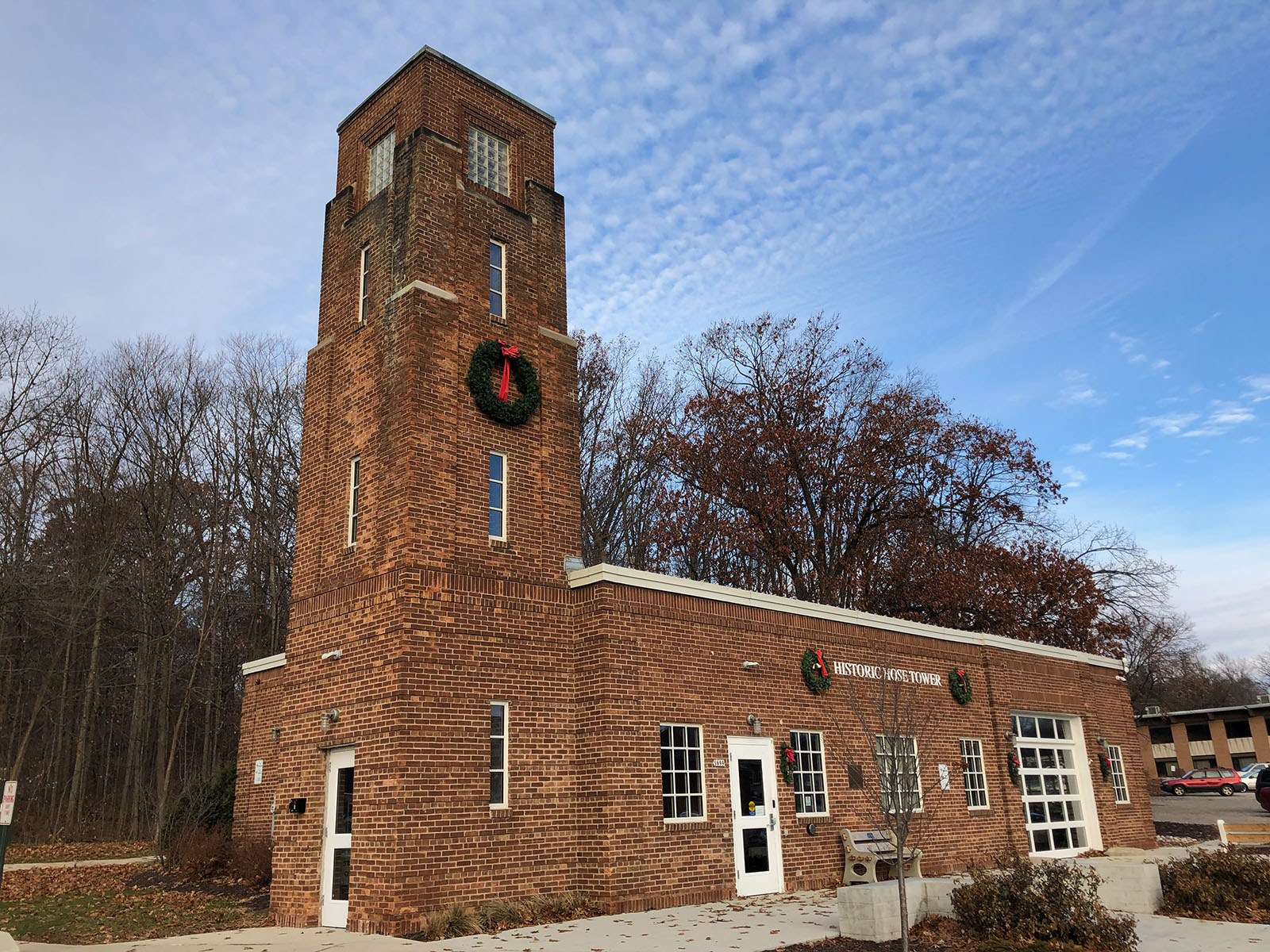 According to Cyborowski, the heating plant was short-lived at the site, though the fire department remained until 1967, when it moved to a new station out near Loomis Road, leaving the entire building at the disposal of the police department and court. 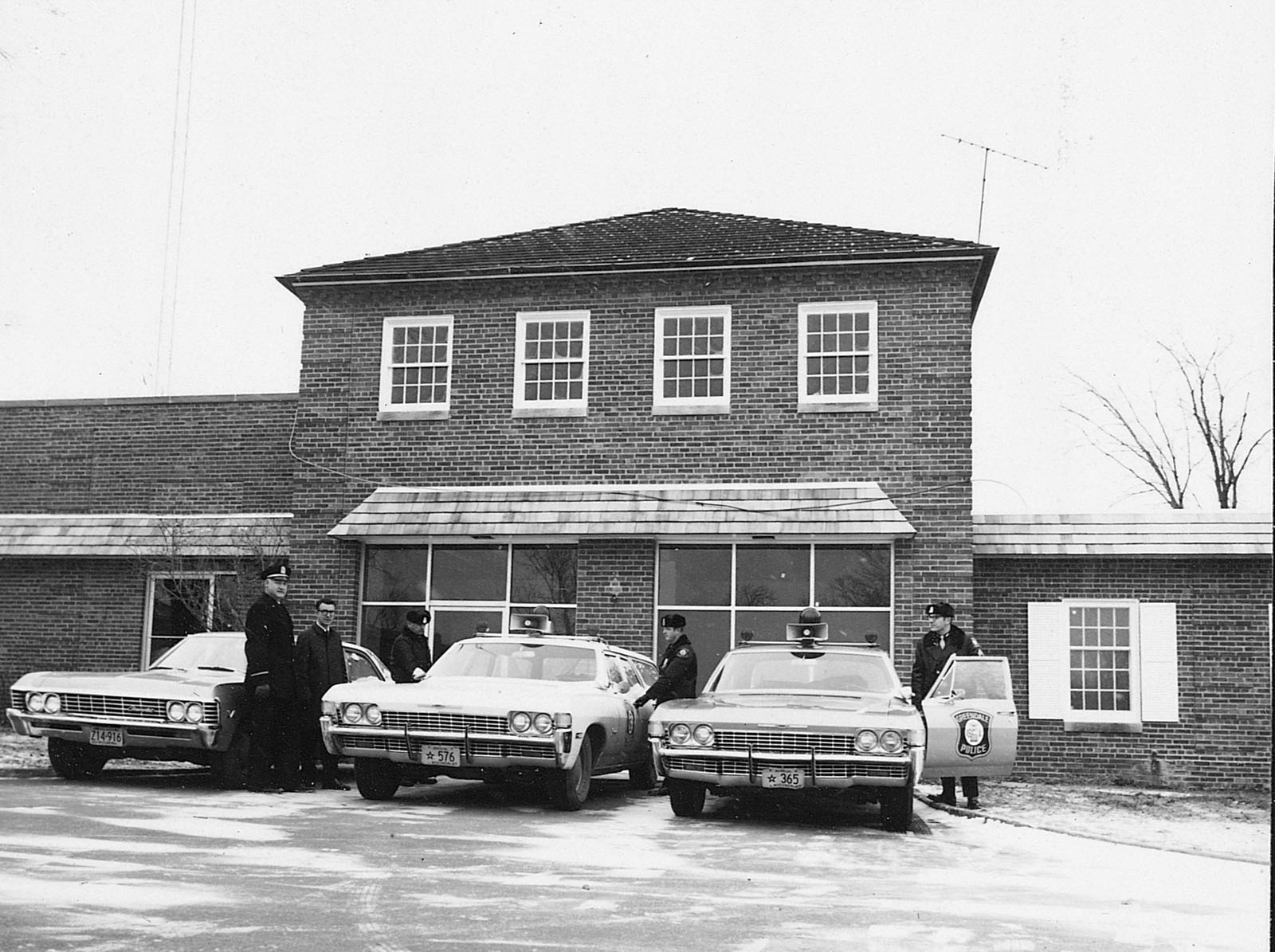 Some wanted it to be used for a restaurant space or retail. Others suggested tearing it down, according to Cyborowski, who sits on the village board.

Instead, Cyborowski saw a new home for his growing company, which does home remodeling and roofing and related work, and has a real estate arm, too.

With about 36 employees, J&J's former home on Loomis Road, which had just 1,100 square feet had become way too small.

In the new building, which has 8,800 square feet, there's not only plenty of room for offices for the staff, but also a nice conference room, a public showroom, a future rooftop deck and, not one (like at the old place), but five bathrooms!

Cyborowski bought the building in April 2018 and moved in this past October. 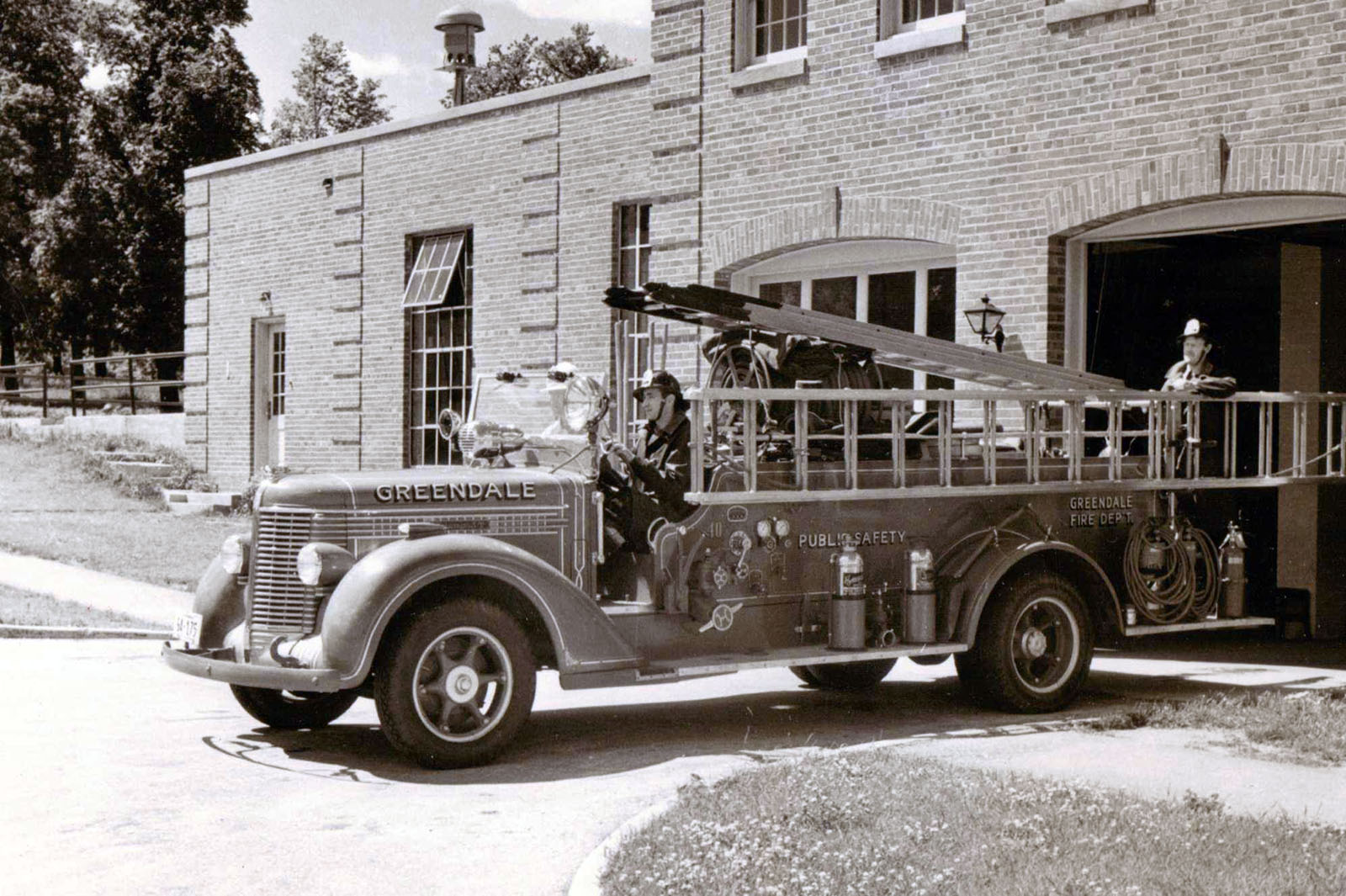 When I walked into Cyborowski's office and saw a large framed photograph of New York City's closed, but surviving, City Hall subway station – with its stunning Guastavino tile – I suspected this was a guy with a love of beautiful old things.

"I wanted it to keep as much history value as it possible could," he says of the building, "with me still being able to use it for work, of course. So, on the outside we, it's like 99 percent of what it used to be."

Inside, too much had changed by the time Cyborowski bought the building to be able to preserve anything like the original layout. 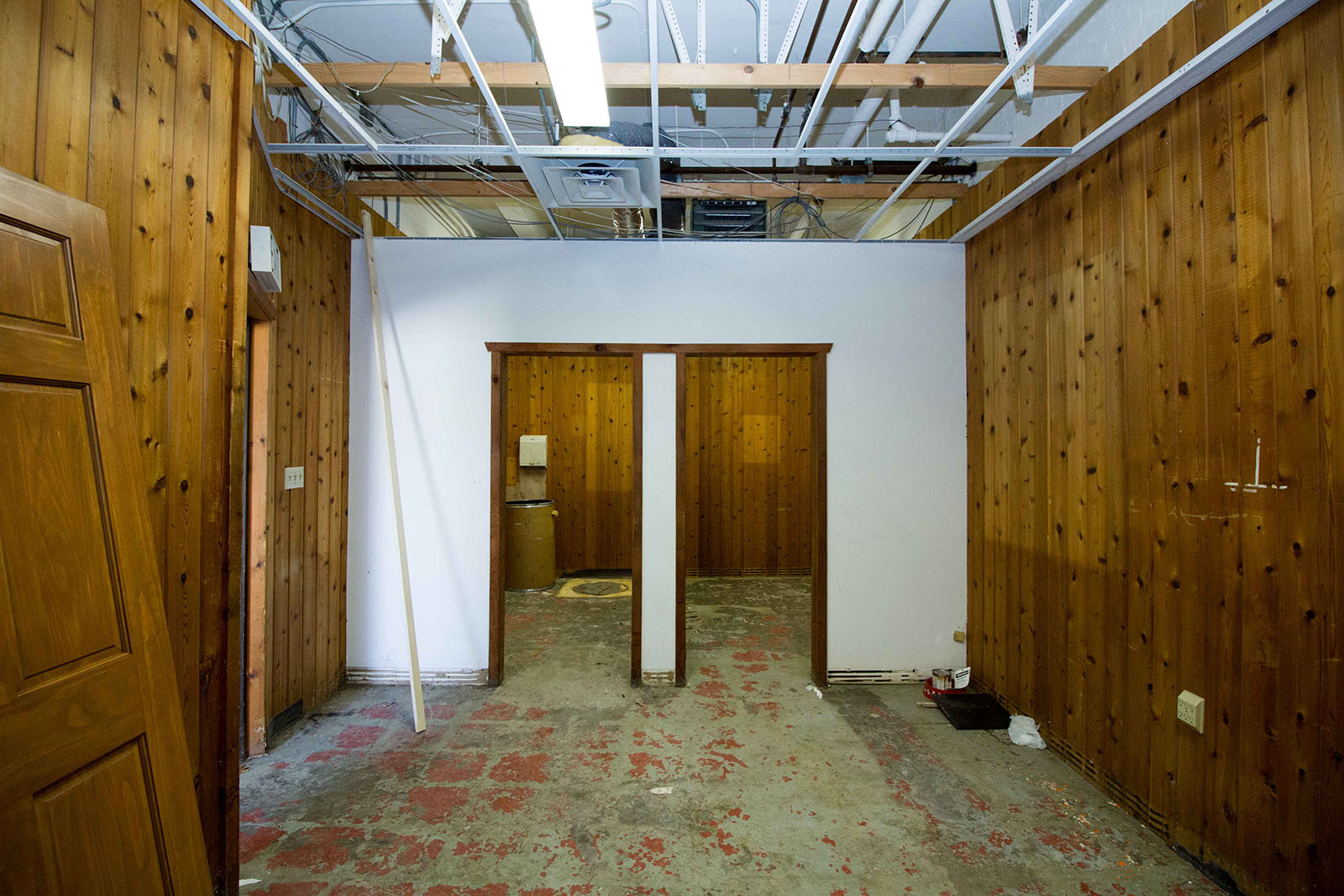 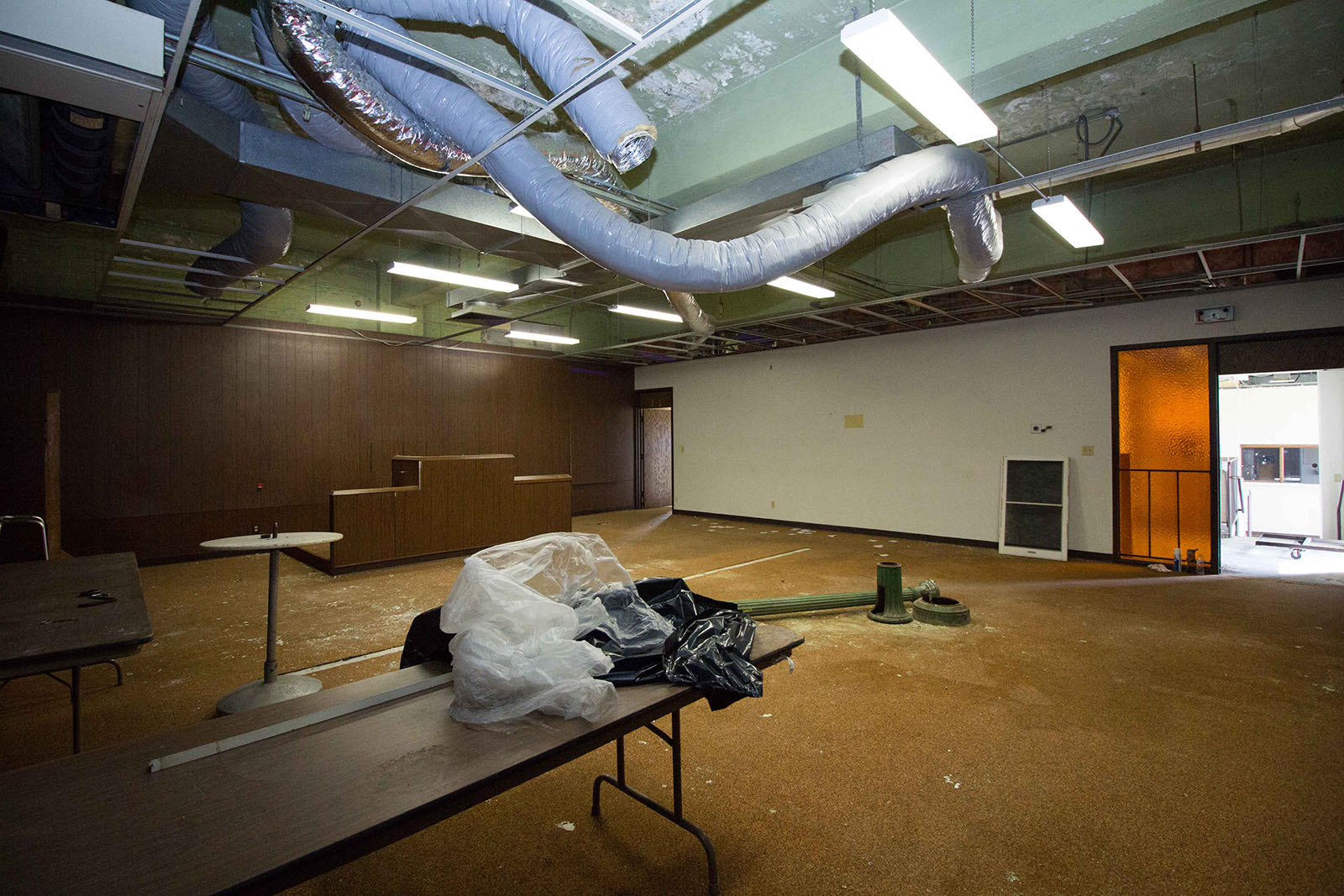 The area on the west end of the building, up a few stairs and now office space, was once the courtroom and Cyborowski shows me the repair spots in the terrazzo floor that delineate where the judge's bench was once located.

The main room, with its two garage doors, was originally the fire department's equipment bays. It is now the showroom and reception area. 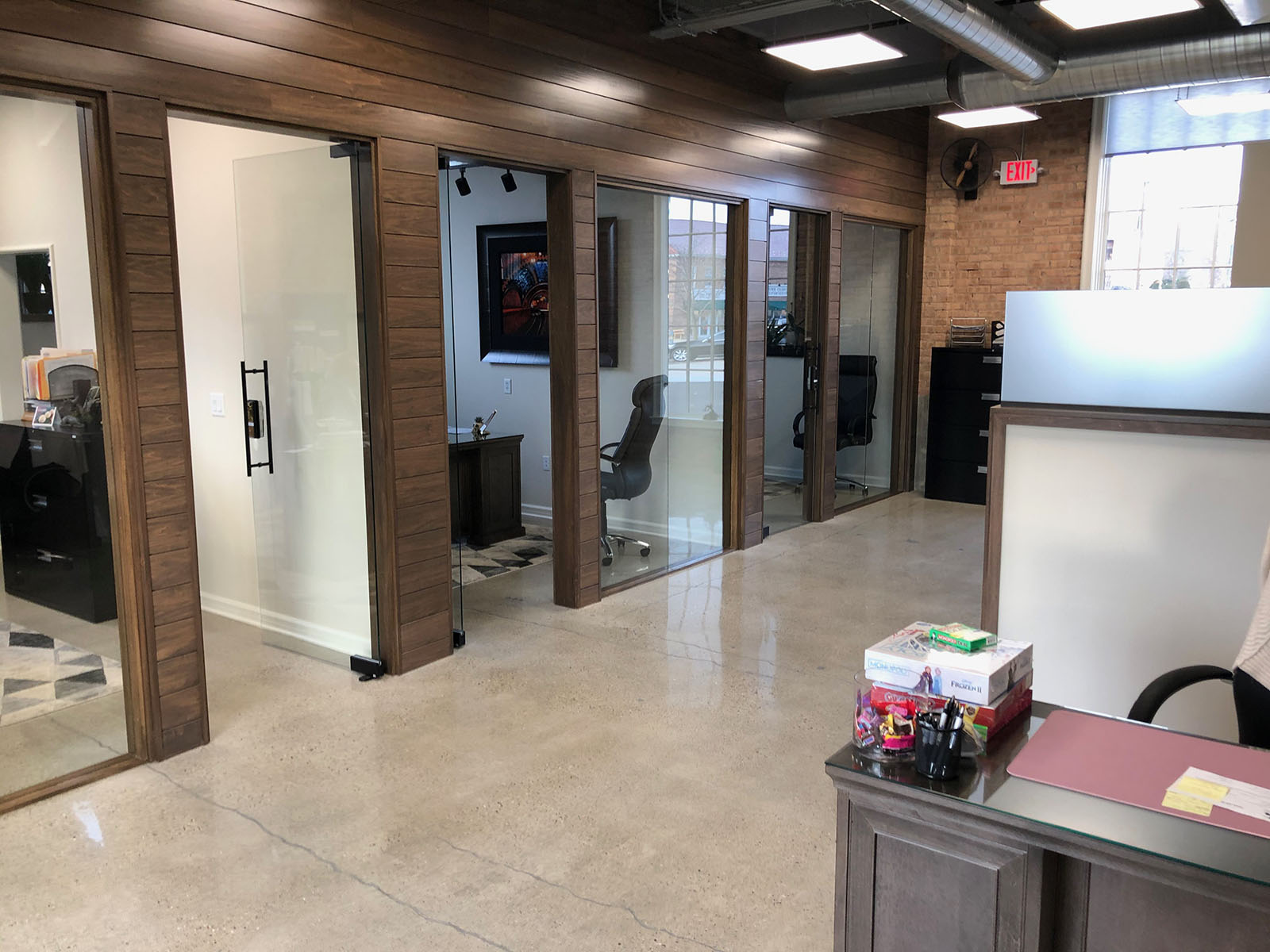 "This is where the front desk area was for the dispatchers, and there was like the bulletproof glass on it," says Cyborowski. "There were six rooms in the center (of the showroom)." 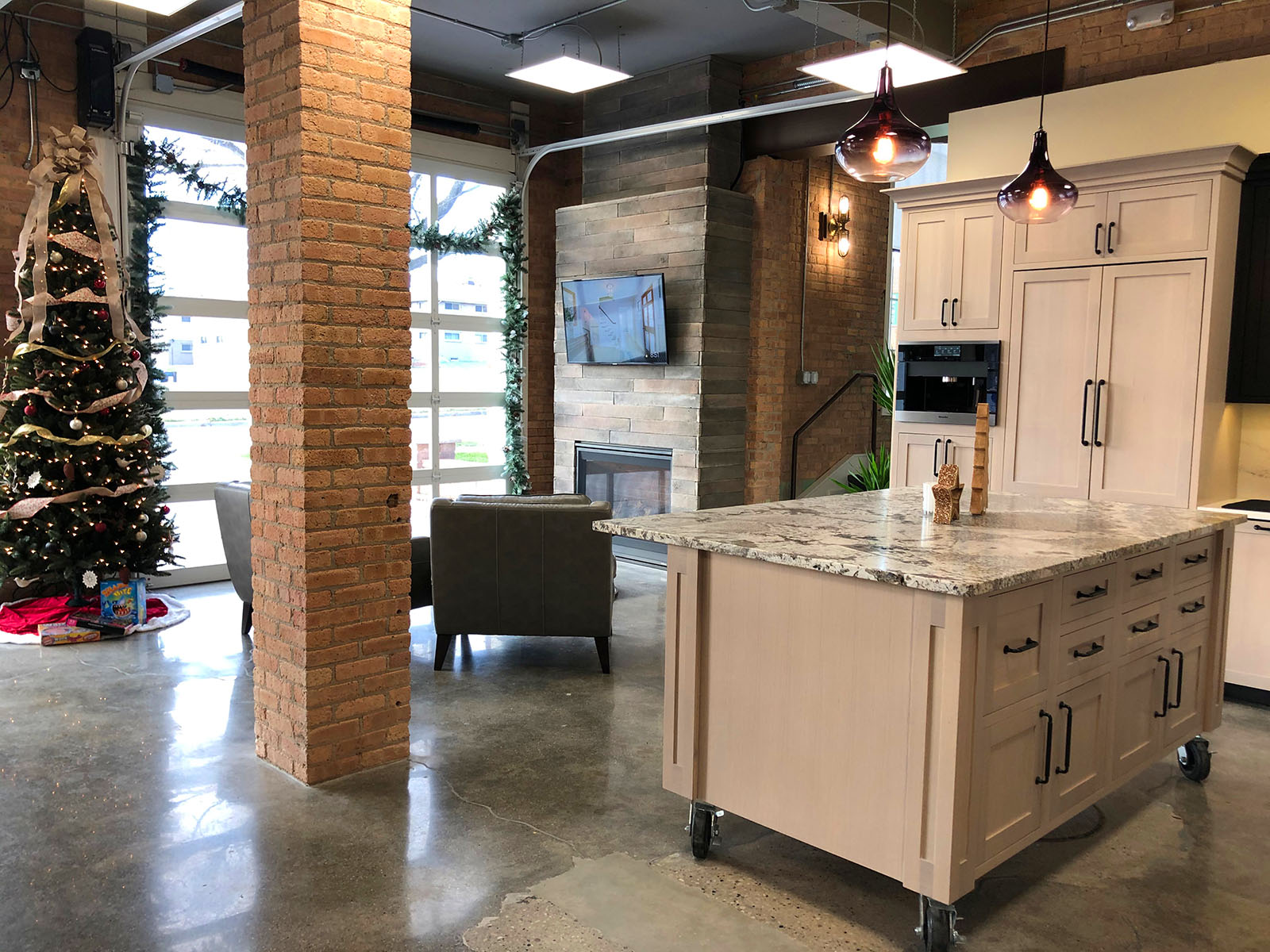 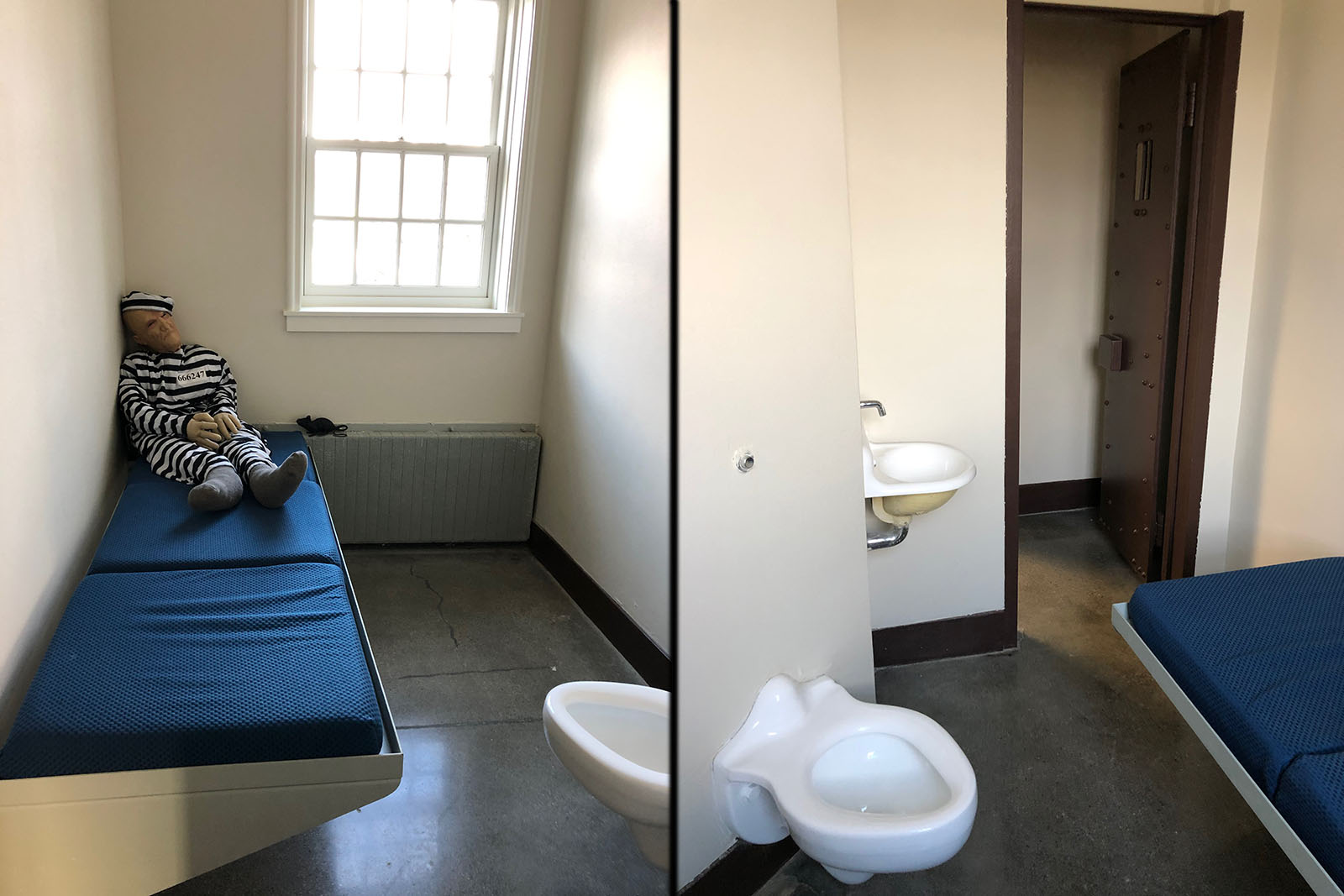 The chief's office is now the conference room and just off that are two small jail cells that still have their fortified metal doors. One is used for storage and the other has been used to recreate an actual cell. 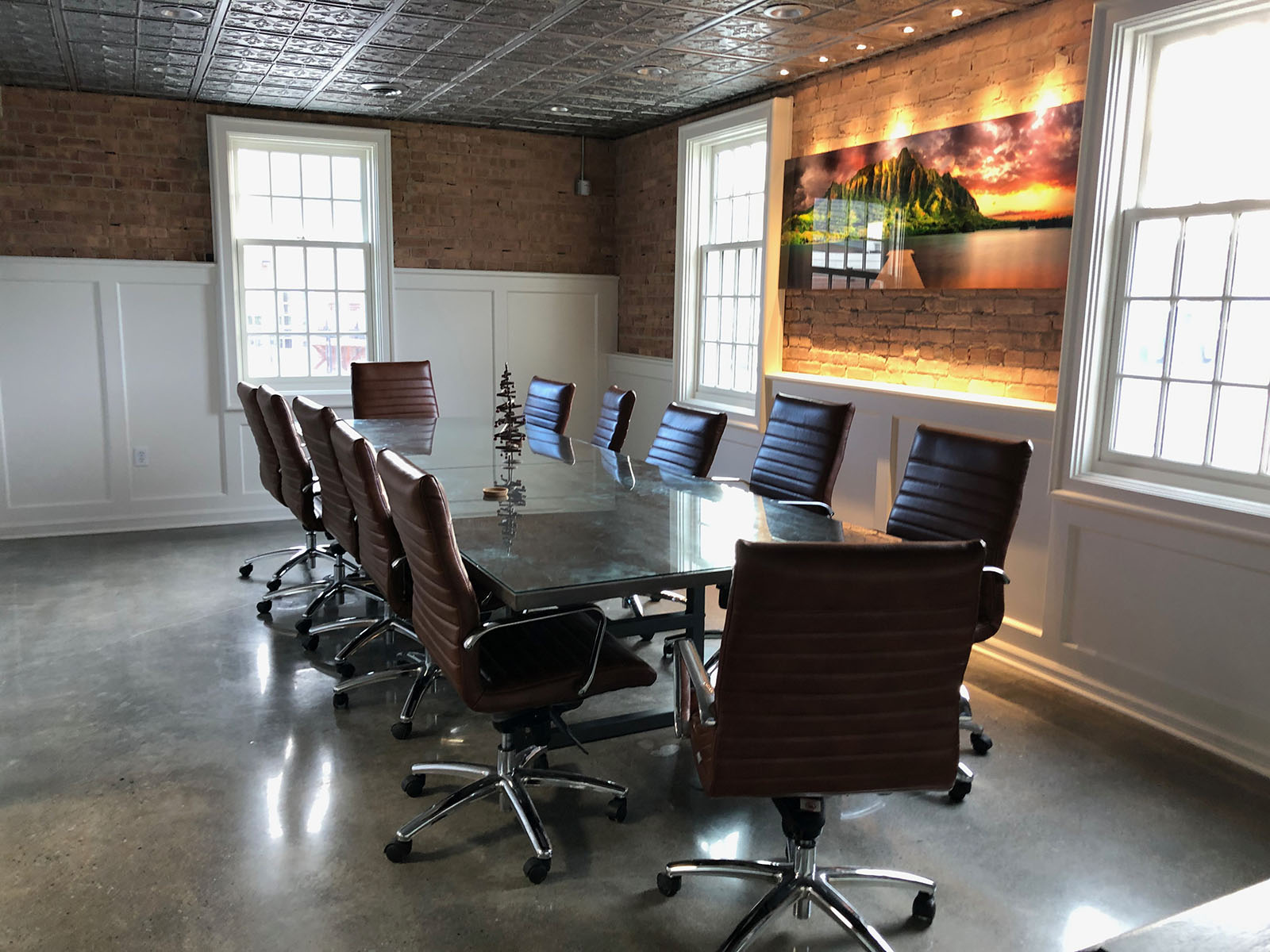 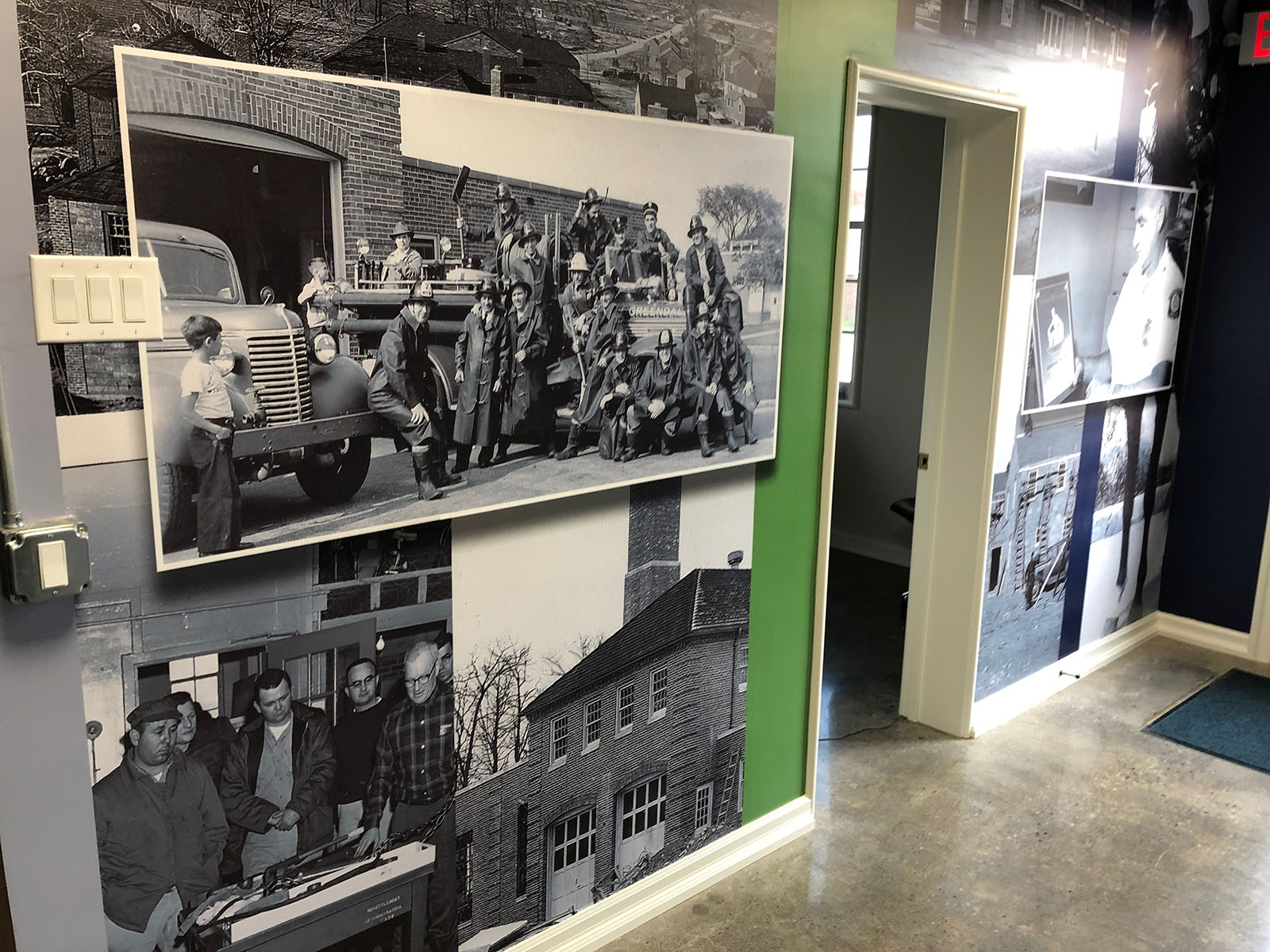 The hallway outside is papered with vintage images of Greendale and, especially, of the police and fire departments.

Next to the cells was a space that served for a time as a larger third cell and at other times as private parking for the chief. At the moment, there's a restored 1939 replica Greendale Police car parked inside. 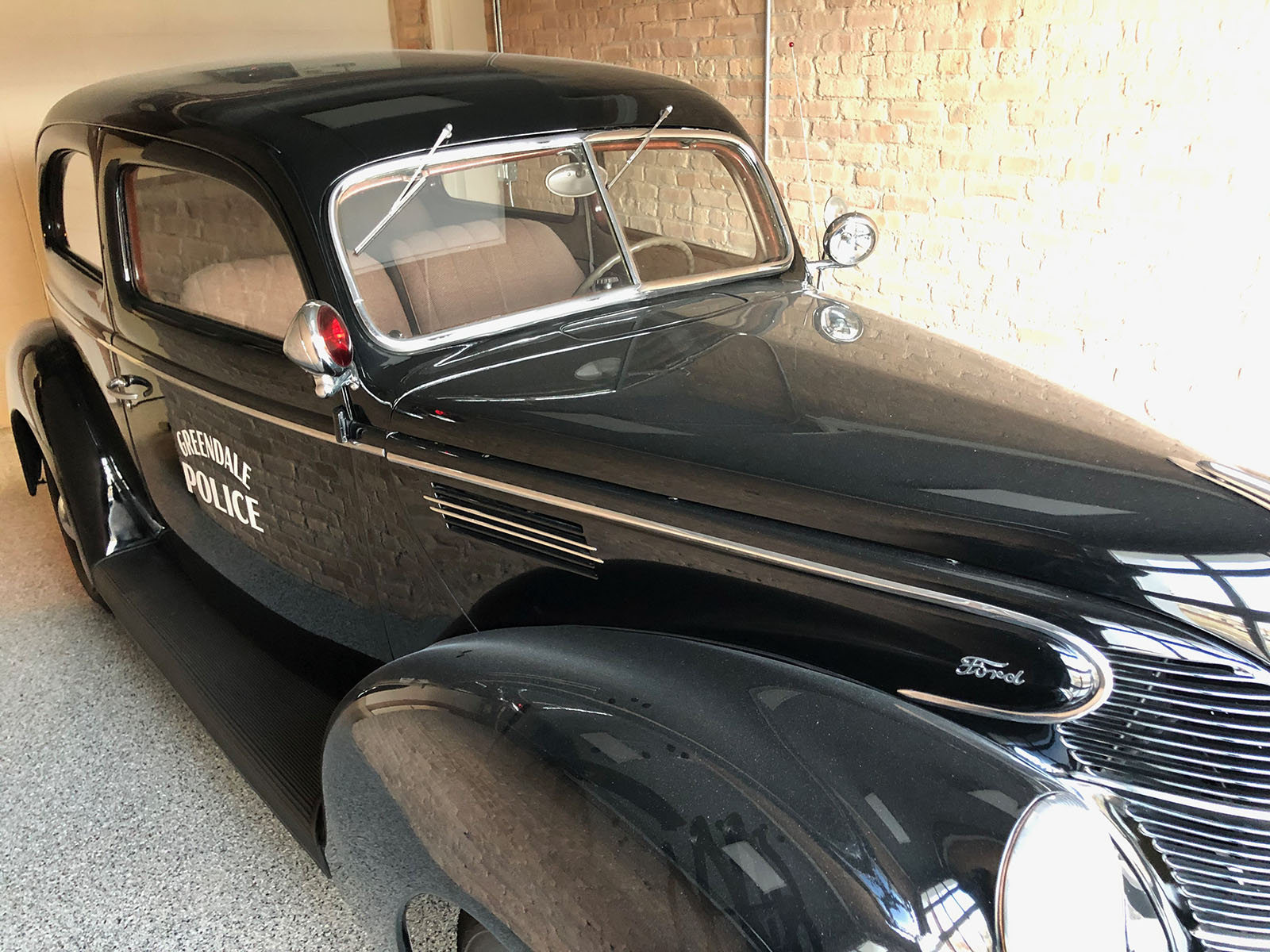 Upstairs, which is now office space for the company's creative and real estate departments, you can still see the circular floor repair to close up the hole through which the brass fire pole ran. 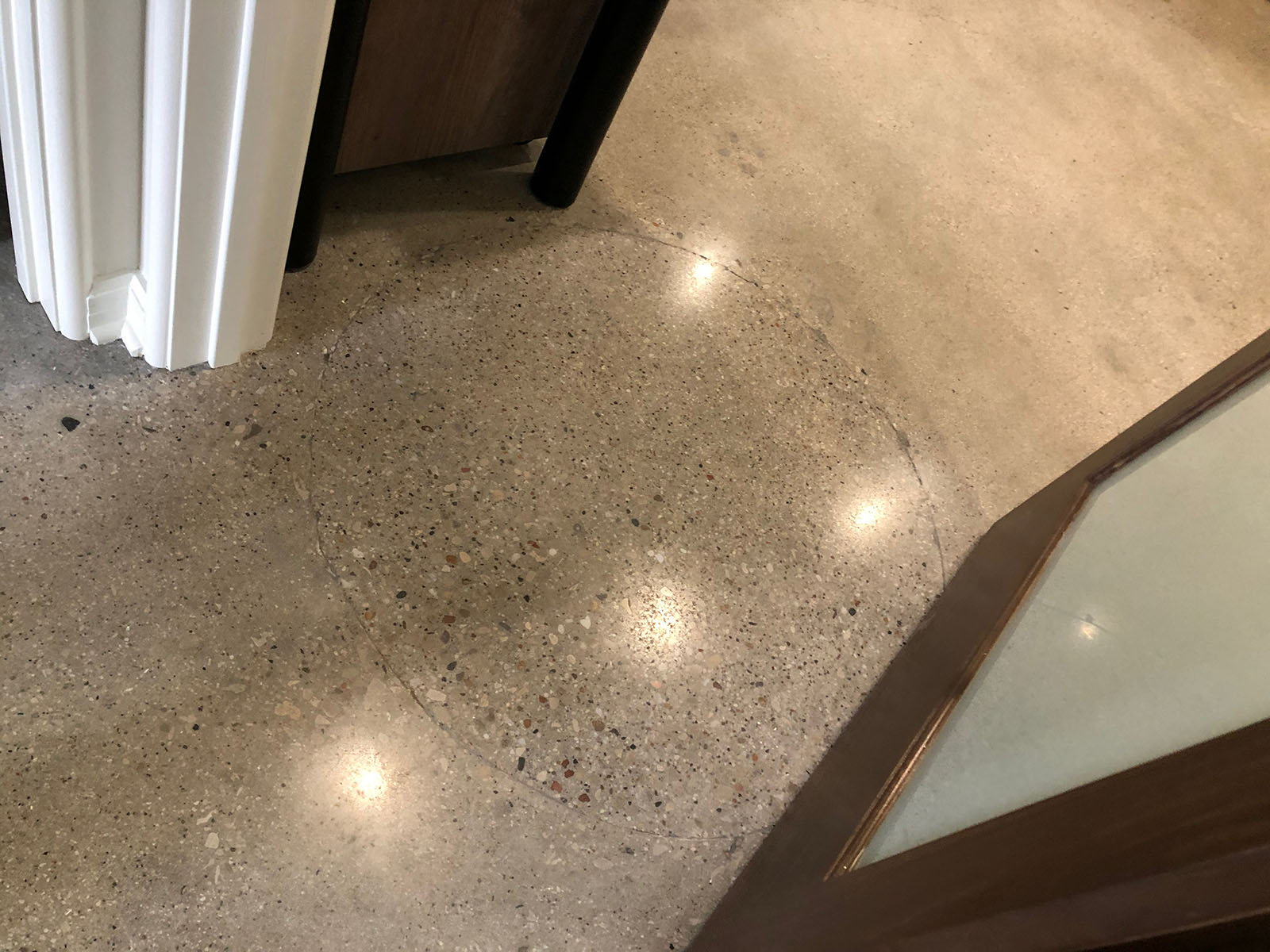 Down in the basement, we look at the heating plant room, which had been fired by coal. The old electrical panel is the only remnant other than blocked up holes marking the locations of the old coal chute and the tunnel to the middle school. 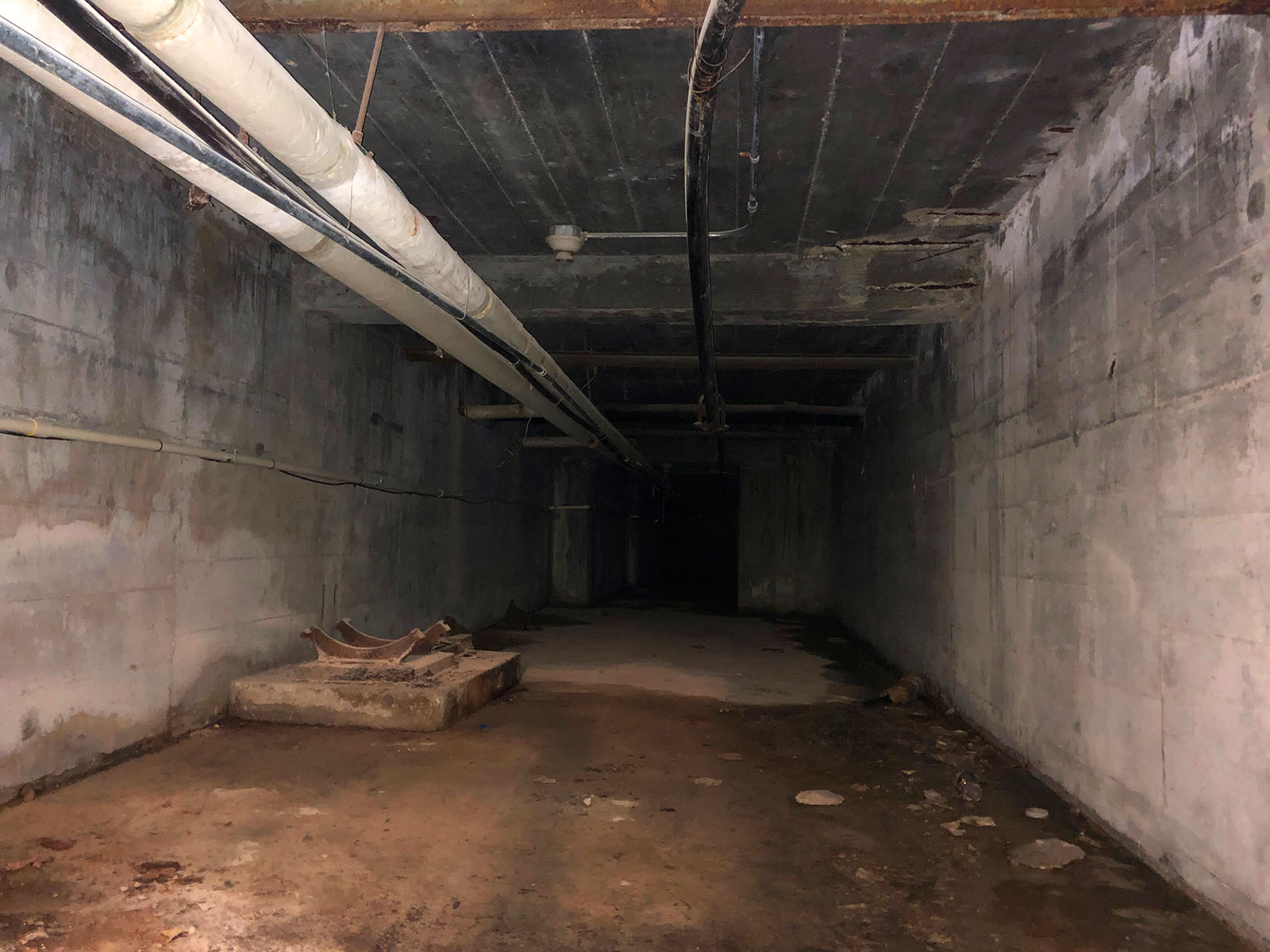 The entrance to the tunnel that heads east to Village Hall and the cinema is still open and one intrepid soul walked it to find that part-way down it's been blocked off.

In a long skinny room on the other side of the basement are the remains of the police department's shooting range, complete with tracks for sending targets back and forth and a wall and backing pockmarked with bullet holes and dings. 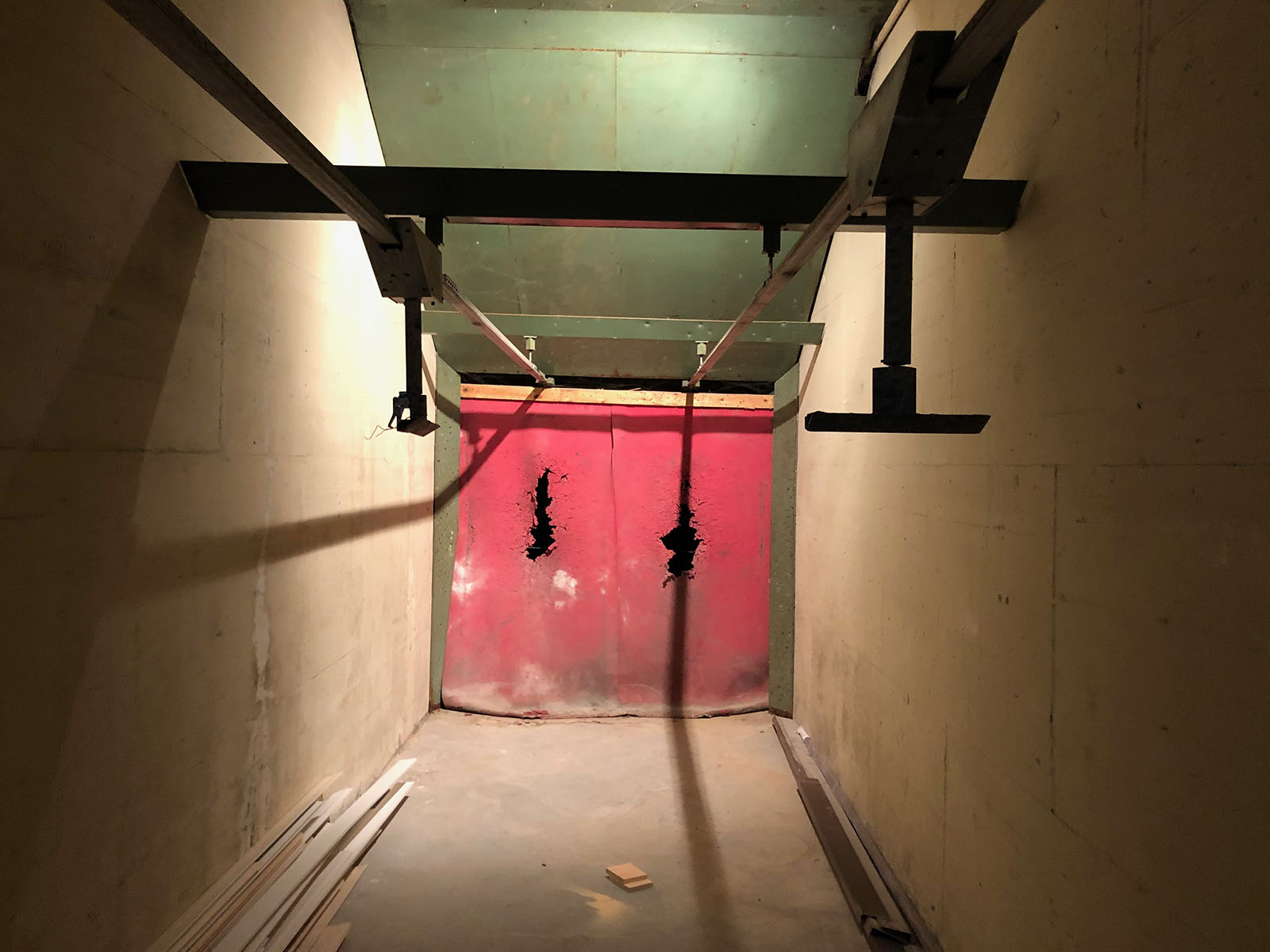 Because Cyborowski is a life-long professional remodeler and contractor, this project went without a hitch, right?

"When we first bought it we put all our budgets together for everything," says Cyborowski, "and then as we were getting bid, everything was so much more than we expected. It was crazy."

Much of the interior of the building is exposed brick that came at a cost. Cyborowski shows me a small spot where the paint remains and it's layers thick. He spent more than $5,000 just getting the paint off the brick inside.

"It was a ton of work," says Cyborowski, whose father – now retired – started the business in 1983 and whose mother and brother occupy the offices flanking his.

"But it's totally different now (being in here)," he adds. "My mom keeps saying, 'you're in the office so much more often now'."