When my daughter began clarinet lessons this school year, I felt inspired to do something I hadn't done in 27 years.

I rummaged around my basement, found my alto saxophone from fourth grade and put it together to show her how you play a woodwind instrument.

To my surprise, I played a chromatic scale. It just didn't sound very good.

Obviously, having not touched a sax since the end of high school in 1992, it's an understatement to say my skills are rusty. But I suspected that age had taken its toll on my instrument, too, so I brought it to Brass Bell in Glendale – the same store I rented this saxophone from in 1984, and the same store my daughter rents her clarinet now – and asked if I could get it restored.

A week later, the Conn sax was shiny and back in playing condition. I bought some new reeds. Low notes that I remembered being difficult to play in high school were playable again. The E flat no longer sticks like it used to.

Now the only thing that needs tuning up is me.

"We absolutely love those stories," says Tristann Rieck, the owner of Brass Bell Music, 210 E. Silver Spring Dr., and the daughter of original owner Alan Gaulke, who opened his first store in Hales Corners in 1971.

"We're talking about instruments that maybe were made in the '40s through the '70s, and back then they were really well-constructed instruments, and so they're really worth repairing a lot of the times." 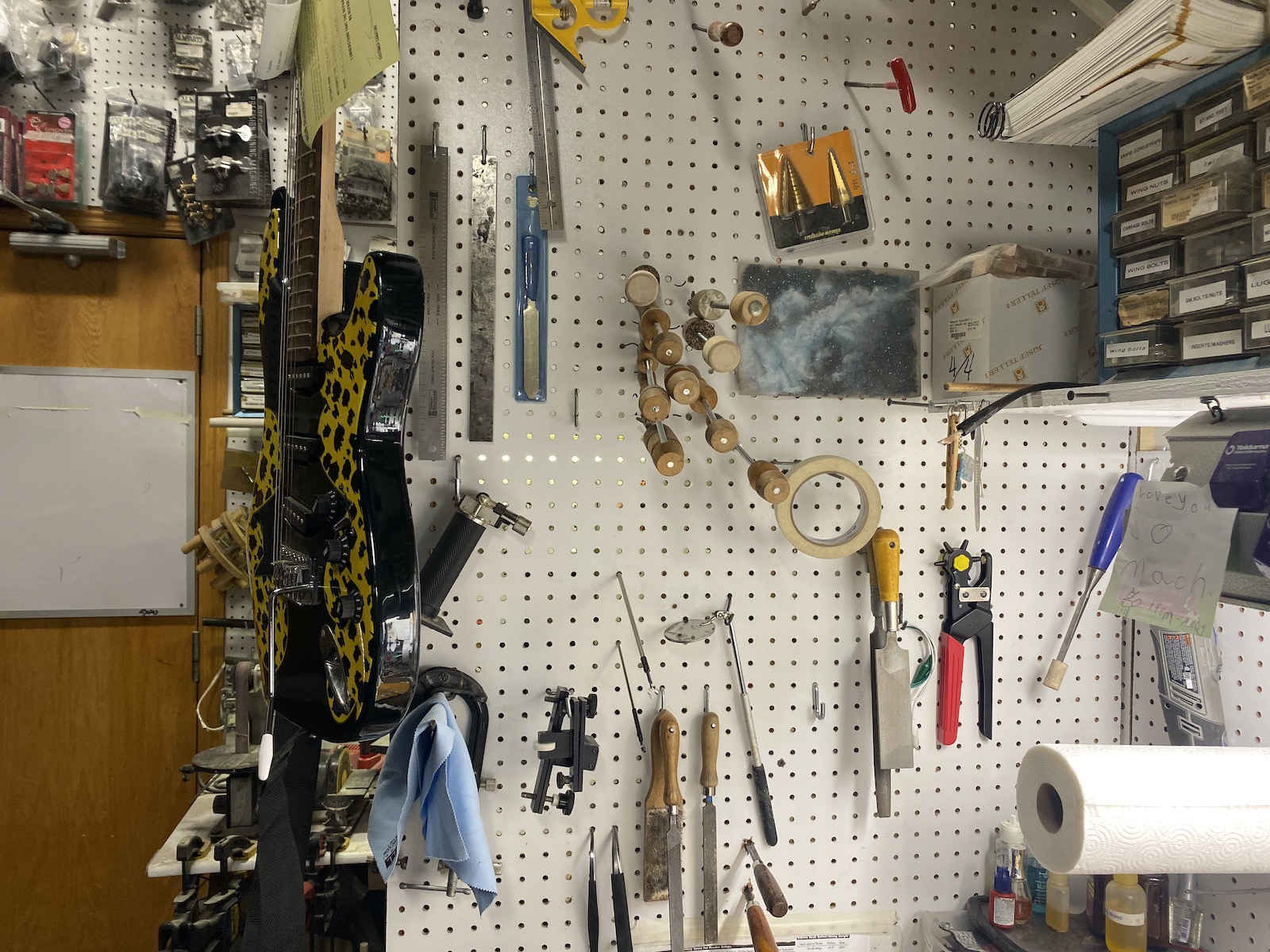 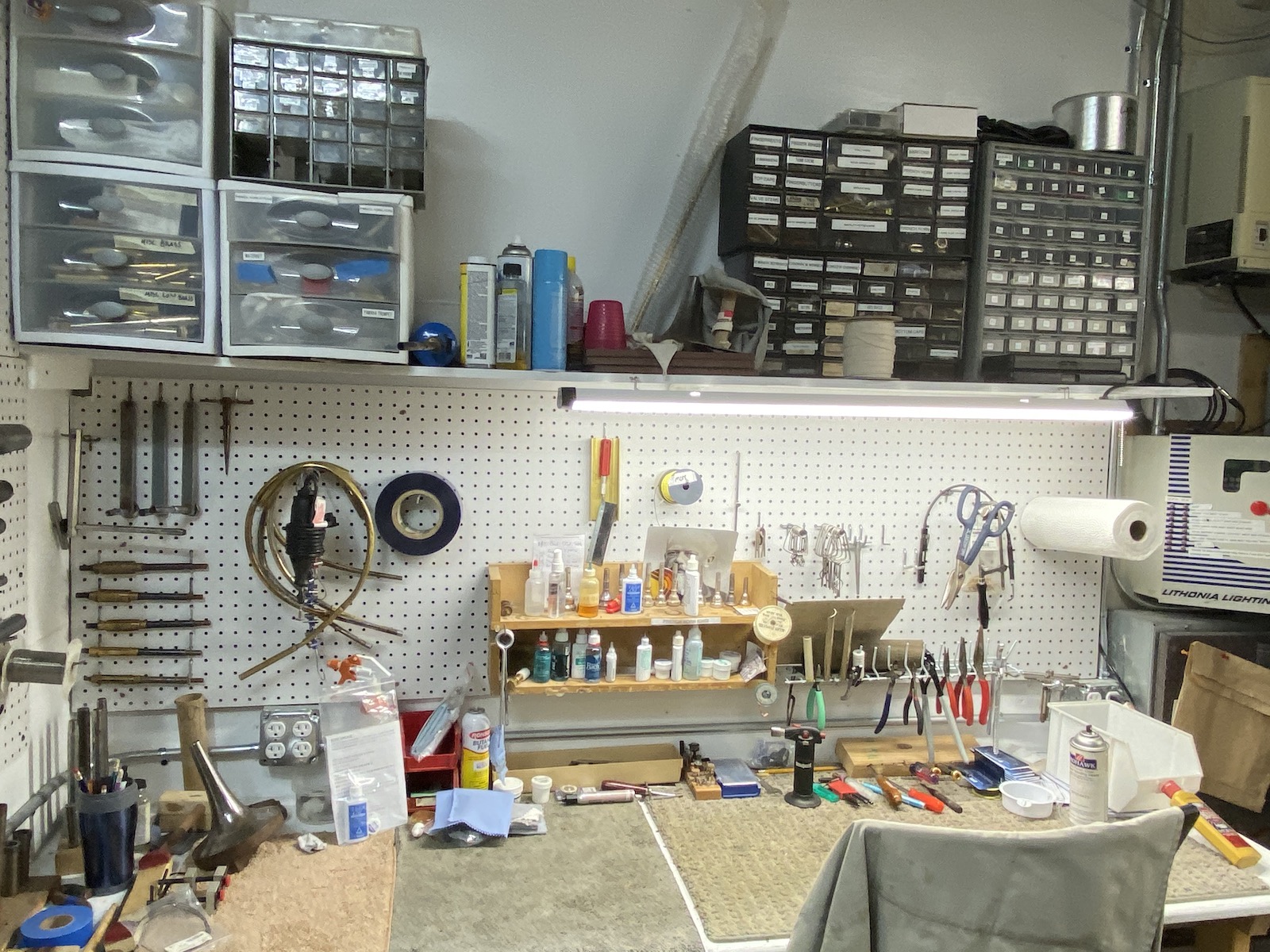 Mostly, Rieck says she see people bringing in their grandparents' old instruments for their sons and daughters. She recently remodeled her store to expand the size of the shop, which Rieck says is the largest in the area. Indeed, on a tour of the back of Brass Bell, it looks like Santa's workshop: specialized tools and pieces of violins, trumpets and guitars and flutes line all the walls.

Sometimes, the cost of repairing an instrument exceeds its value, but Brass Bell's techs won't sugarcoat the estimate. "They're going to be really honest with news," says Rieck. In my case, it took about $200 to replace most of the worn pads on the sax and straighten out a few bent buttons. For about the same price, I could've bought a cheap, Chinese sax on Amazon. But that wasn't the one I took on a band trip to Toronto or played squeaky scales for my parents or listed on my high school activity resumé in hopes of getting into a good college.

"A lot of times it just needs a little bit of love and some attention from a technician," says Rieck.

Having been part of the community for so long – Brass Bell once had five stores around town – Rieck says she now encounters second and third generations of customers. "We have people come in and say, 'Oh, I took lessons here back in the '80s.' Even last night we had a jam session and there was a mom who brought her son. She took lessons here." 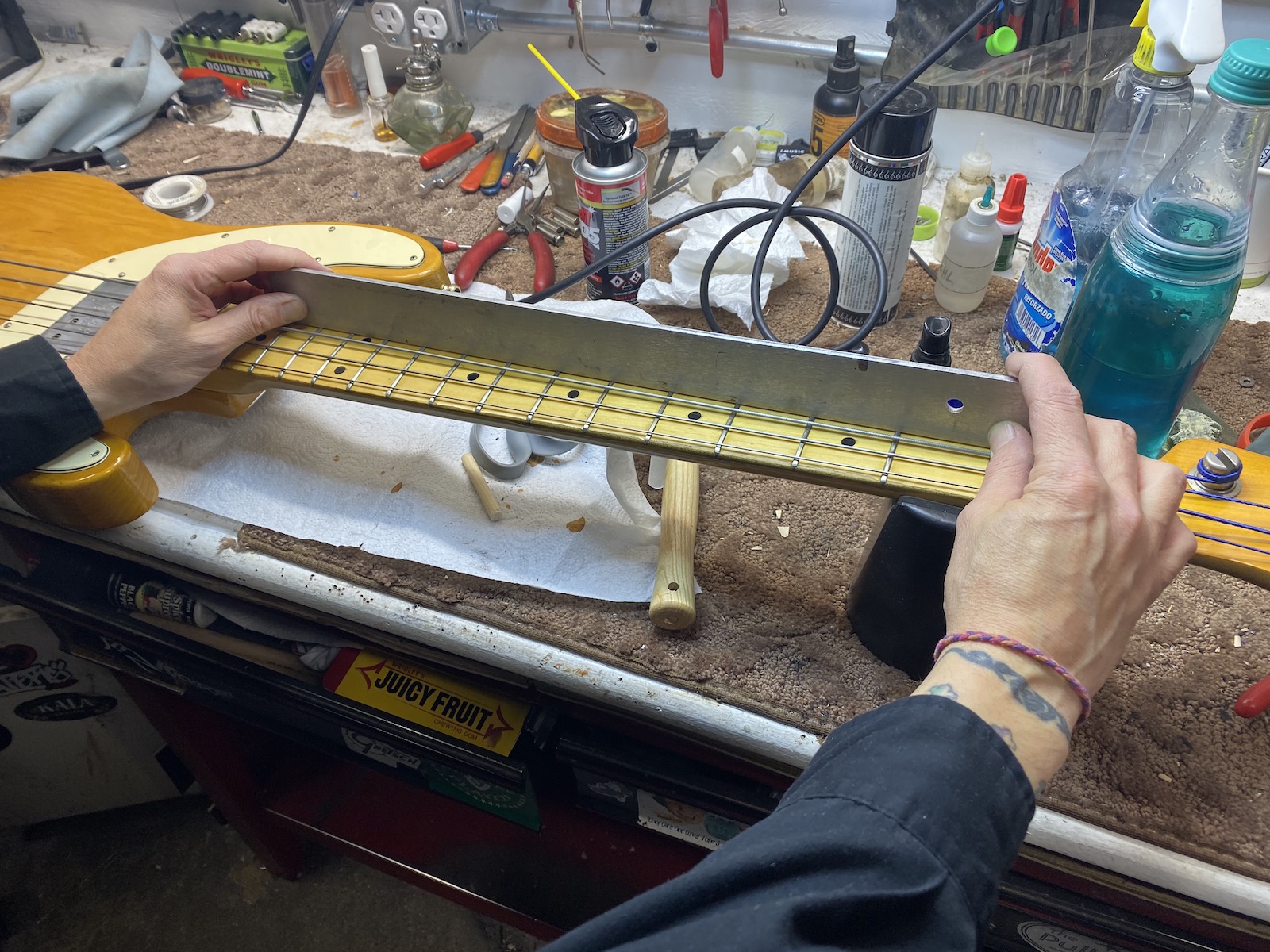 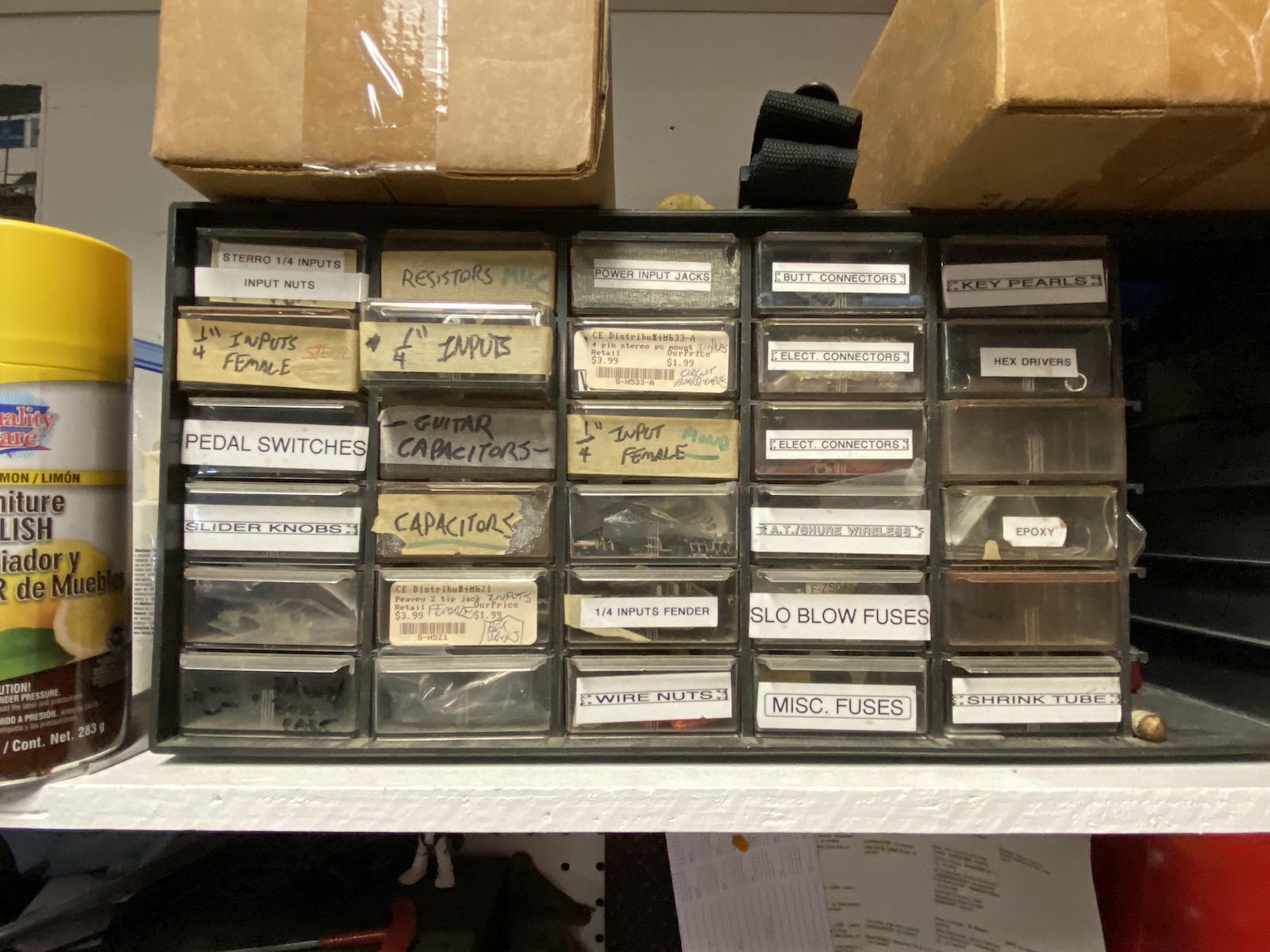 That's pretty amazing. Because, let's face it, in this digital age, there are more distractions out there that keep a kid from immersing herself in music.

But Rieck says learning an instrument is not a dying art.

"I think that desire is there and will always be there," says Rieck. "As long as those opportunities are presented to the children.

Lizzy Cichowski is in charge of outreach and events at Brass Bell, and says the trick is getting instruments into kids' hands.

Whether it's at the store or at schools or at the Center Street Library, Cichowski brings along wind, string and brass instruments. "We give the kids a chance to pick them up, blow into them, or if it's a violin to feel the strings. When kids play the trombone and they buzz their lips on their mouthpiece for the first time, we can see how excited they get."

I don't remember the exact path on how my saxophone wound up in my hands, but my mom recalls we began renting it from Brass Bell's old location next to Ace Hardware in Glendale (that location burned down, forcing them to move to Bayshore Mall before settling on the current spot). I played it in band class from fourth grade until the end of high school.

That sounds right, says Rieck. Students can rent to own their instrument, building credit toward purchasing it or moving up to a more intermediate horn.

I hope that's exactly what my daughter chooses to do, too … although I will encourage her to keep playing, and unlike me, keep her clarinet our of the basement until her own child is ready to start playing. 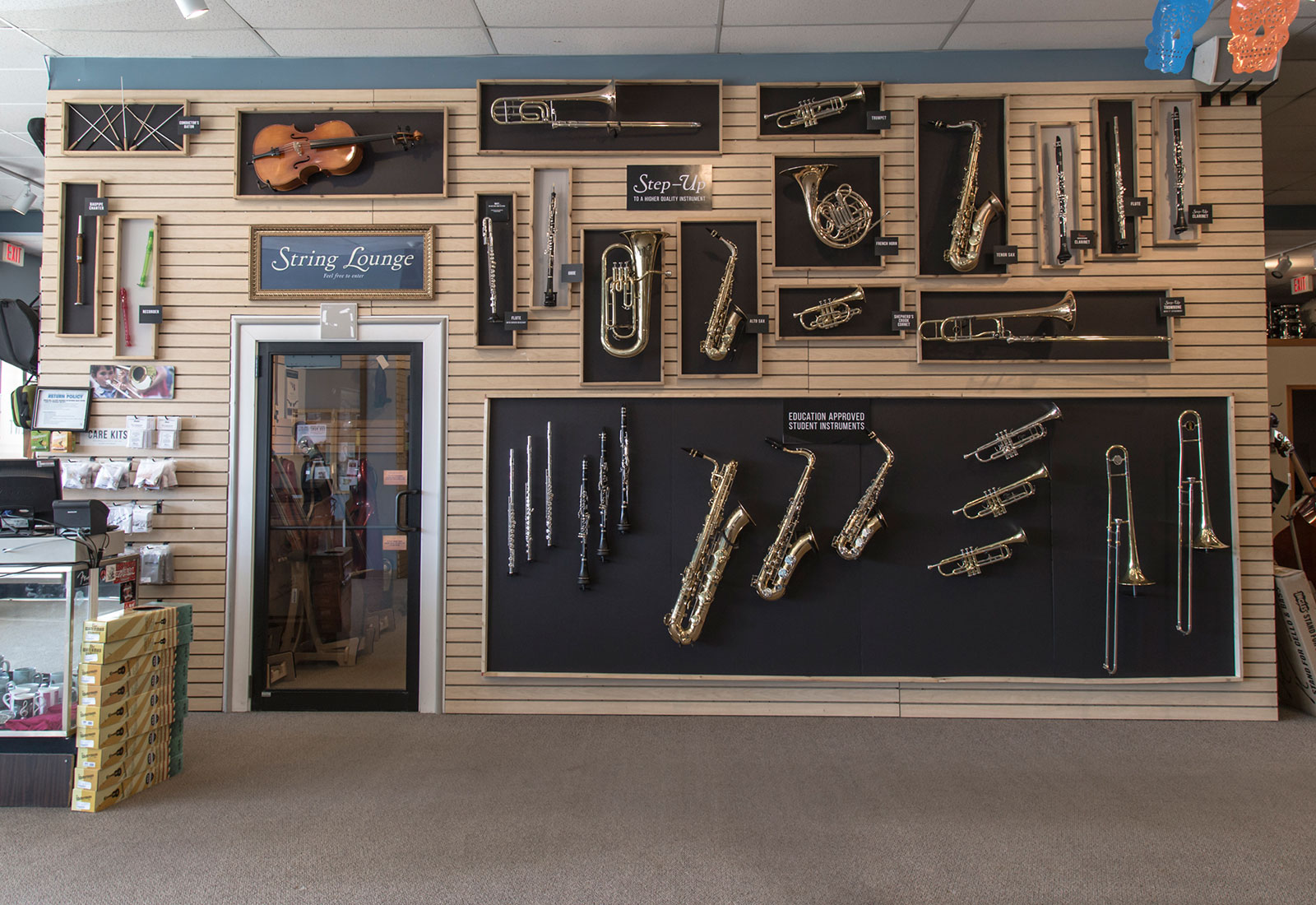 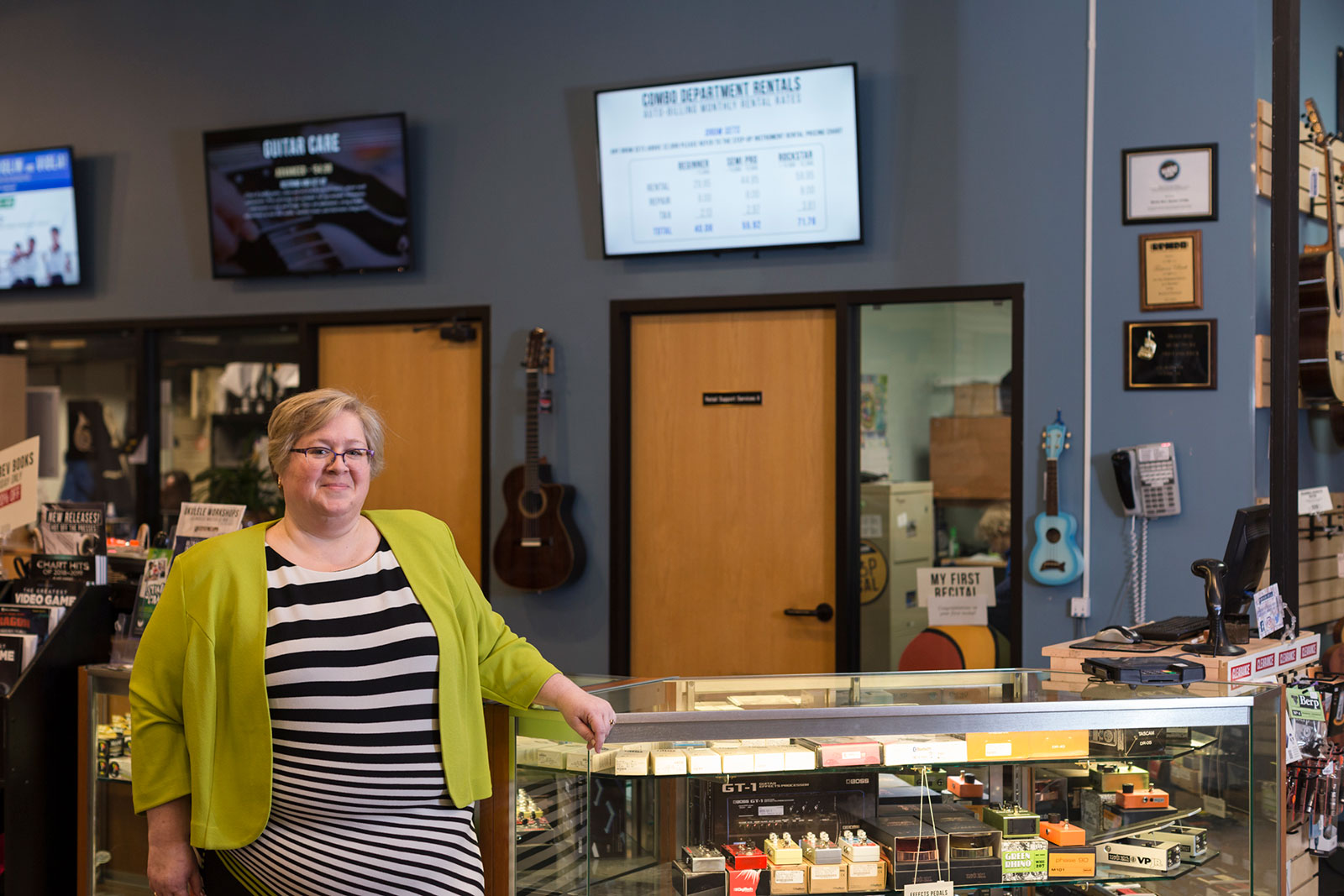