The shop is open Friday, June 14 through the end of August. Blackbear will also host events this summer, starting with a free music class on Saturday, June 15 from 10:30 to 11 a.m. with Ms. Kristen of Music Together North Shore. Sign up here. 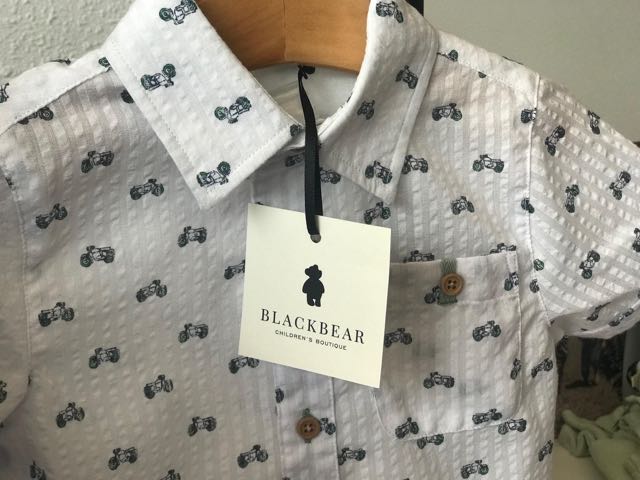 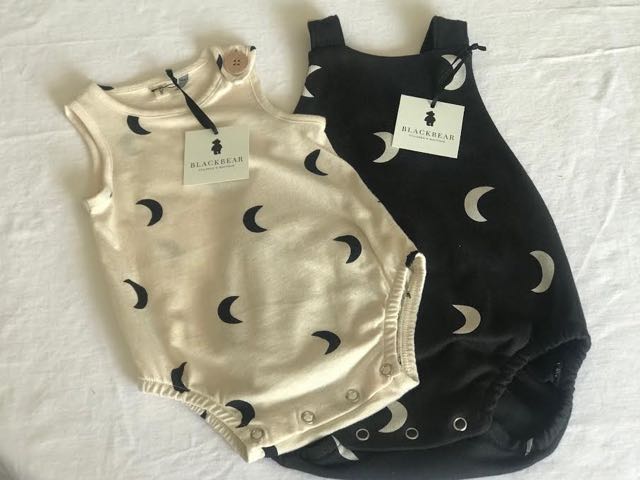 Blackbear offers clothing and accessories for children in sizes 0-6 from local and international vendors.

"I only buy sustainable and ethically-made items from small, independent designers," says Carollo. 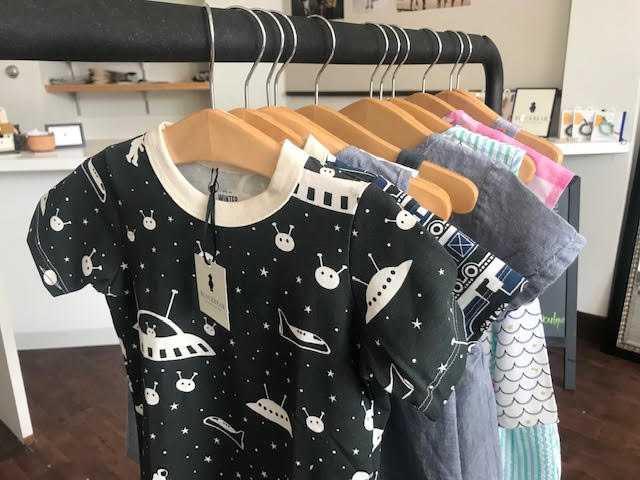 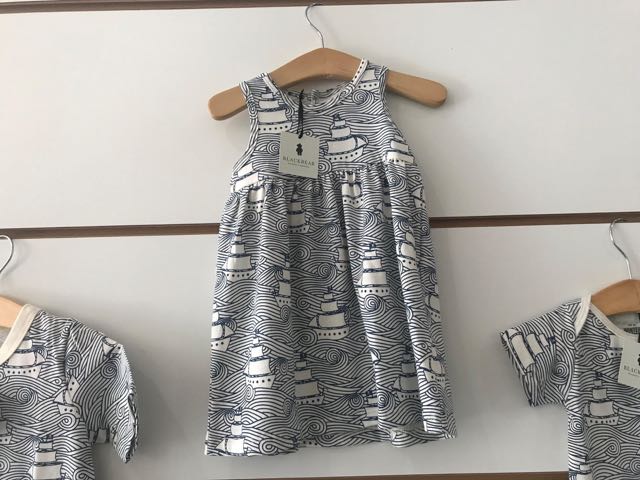 Carollo also sells clothing that is primarily unisex and in colors that adults would wear rather then typical pink-and-blue attire for littles. She is also aware that sustainable, handmade clothing is more expensive than slow-fashion clothing from places like Target or Walmart, so quality is a top priority for her merchandise.

"Because it's more of an investment, I only carry stuff that you can pass down to your next kid or to friends or cousins," says Carollo.

Carollo chose the name because she enjoys traveling "Up North." Her mom came up with the idea for – and designed – the logo to look like a cuddly Teddy bear rather than a potentially scary-looking grizzly bear. Other family members and friends have been instrumental in Carollo's creation of the pop-up shop, including her nephew who contributes chalk drawings to the sidewalk in front of the store. 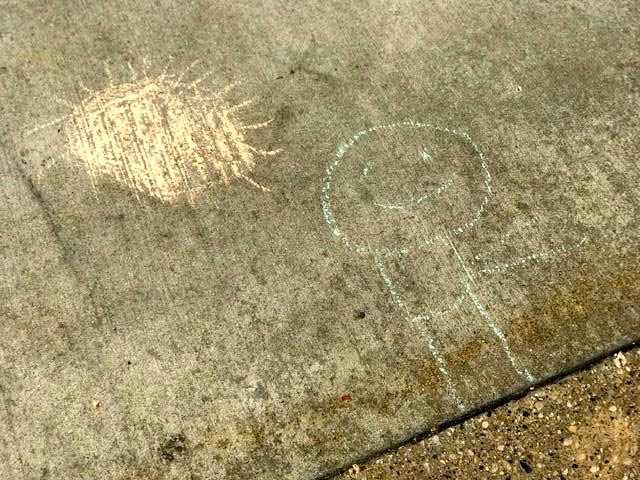 Although not officially open until Friday, Carollo has had her door open for a few weeks while getting the shop ready. Numerous passers-by have stopped in and told her how happy they are to have a kids' clothing shop on Downer Avenue again. Boutique Bebe was a longtime tenant on the block before it closed in 2016.

Carollo graduated from Shorewood High School and the University of Vermont before starting Blackbear's online shop in 2017. She became interested in kids clothing when her sister became pregnant a decade ago with her first child.

"Whenever I travel, I love to shop in unique kids' boutiques and bring home gifts for my nieces and nephews," says Carollo. "It's more fun to shop for kids." 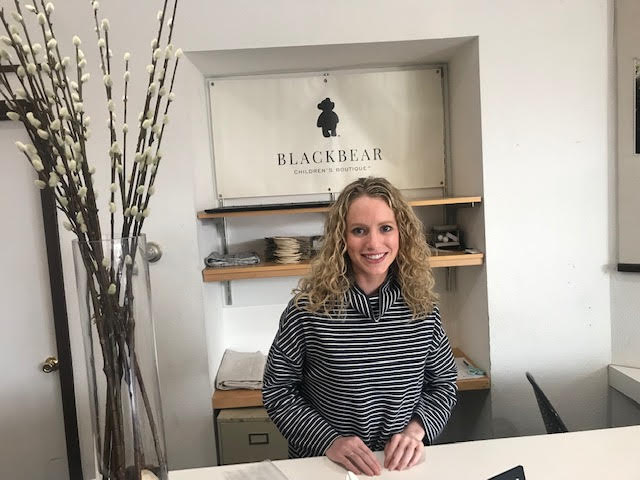 100 things for kids to do in Milwaukee