Know your blood type? If not, finding out isn't easy

Take a sip of this story, brought to you by SoulBoxer – quality, ready-to-drink cocktails that promise less time making, more time drinking. Put a little soul in your life, Milwaukee.

Recently, an old friend was diagnosed with end-stage liver disease caused by a rare autoimmune disorder and a family member posted on his Facebook page that his only chance for survival was a live donor. (Because the liver regenerates itself, it is possible for a person to donate a portion of their liver and remain healthy.)

One of the initial requirements to be a potential match was the donor needed to have "O" blood type. Upon reading that I realized I didn't remember my blood type and so, out of curiosity and because I would consider live donation if I was a match, I called my doctor to find out.

My doctor's triage nurse told me that they did not have my blood type on record and I would need to call the hospital's medical records.

The medical records department said they did not have that information either and that patients only find out their blood type if they undergo a surgery or have a baby. I said I had a baby in 2003, but they said that was too long ago – before their online system – and I should call the hospital where my son was born.

The hospital's medical records department said to retrieve that information I needed to fill out a request form and then it would either get mailed or faxed to me – or I could come to the hospital and pick it up. I was also reminded that I was given this information verbally and most likely in writing during my pregnancy. Considering I can't remember most of 2003, 2004 or 2005 thanks to "pregnancy brain" and sleep deprivation, this was unhelpful to me.

I called back my doctor's office and asked if I could just come in for a blood draw. I was told sure, but my insurance wouldn't cover it because it wasn't for a surgery or pregnancy. This time they suggested I call the Blood Center of Wisconsin.

The Blood Center of Wisconsin, 638 N. 18th St., scheduled an appointment with me for the following week (you can also do this online) but informed me I would not be able to find out my blood type during or after the appointment. Instead, I could come to the center a few days later – I gave today and they suggested I come back on Monday – to find out.

On a side note: My blood donation experience was really positive. I went with my coworkers and previous blood donors Jeff Sherman (B-positive) and Carolynn Buser (B-negative) and I will definitely give again. It was easy, not gross, the staff was great and they fed me soda and donuts. (Sure, you save up to three lives every time you donate a pint of blood, but you guys, free donuts!) 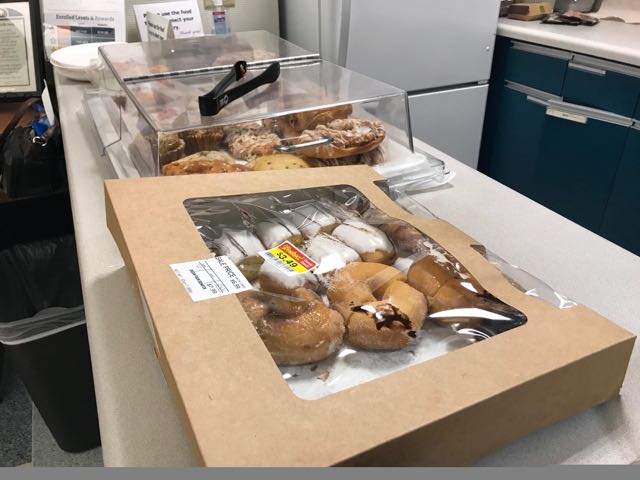 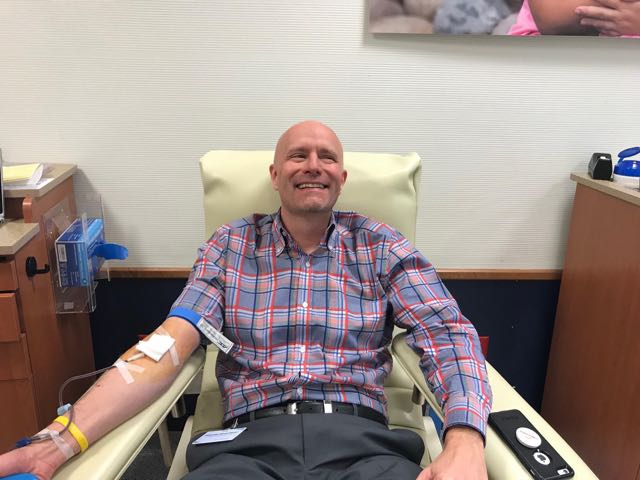 But I continue to wonder why it's so challenging to figure out one's blood type. I was told it isn't a simple procedure like, say, a strep test. There are eight blood types, each of which can be positive or negative and can be subdivided into many distinct varieties. In short, it takes more than peeing on a stick – and a fair share of science – to determine.

And yet I'm still surprised it's not just "in my chart" at my doctor's office. I was also surprised by the results of a Facebook poll created by a friend who, after a conversation we had, asked her friends who knew their blood type. 70 percent said they did. I was not surprised you can order a blood kit on Amazon.

I found out via another Facebook post today that my friend in need of a liver, thanks to social media, has many friends across the country offering to be a live donor. As for me, I will continue to give blood and consider live donation after I find out my blood type on Monday. The good-student-over-achiever in me is hoping for an "A+" blood type. 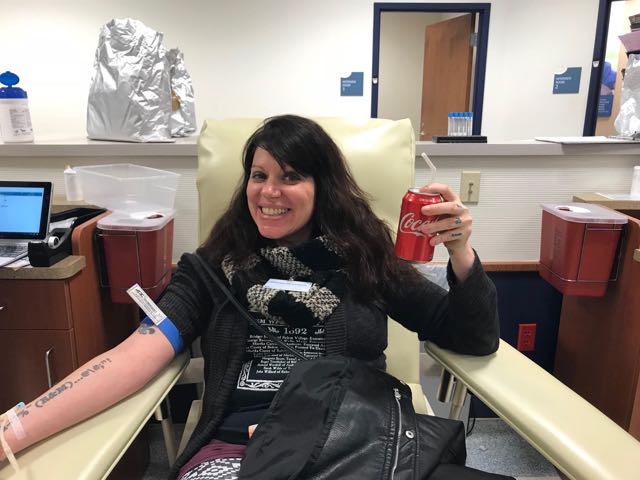 The approximate distribution of blood types in the U.S. population is as follows:

"Don't give up": Help for the holidays for those suffering from a mental illness