We are born and then we die – that we know for sure. Both the coming and going of life is intense, mysterious and something that many of us fear due to the possibility of pain and the expanse of the unknown. But there is also the possibility of comfort – not complete relief, but comfort – in the form of a doula.

Doulas are non-medical professionals available to assist with the transitions of life and death. Calm yet fiercely focused, doulas provide support, serve as a listening board, share knowledge and console if necessary. There are birth doulas (two different kinds, actually) and death doulas – both with the seemingly impossible job of helping us surrender to the dreaded inevitable.

Coral Slavin has been a birth doula for 22 years and attended 525-ish births. (There are also postpartum doulas who help the mother after the baby is born.)

Slavin holds a PhD in health education and stress management with "oodles of certifications" in birth work and doula training, but she – like most doulas – is not a medical doctor nor a midwife. She sometimes describes herself as a "birth helper."

"My role is to provide physical and emotional support to the mother. And secondly, to her partner," says Slavin.

Whether a woman experiences a natural or medicated childbirth, the doula's role is the same: to help her move past the fear and to have as successful of a birth experience as possible, based on the circumstances.

"Fear overrides our instincts," says Slavin. "Based on what we see on TV and movies, we think labor is the most painful thing we'll ever do in our lives and so most women go into labor terrified. Doulas help women to labor with minimal fear and more confidence which often makes them labor more efficiently and to be able to surrender to the process."

A pregnant woman hires a doula to help create a birth plan and, most importantly, to attend the labor and delivery during which she offers relaxation and pain management techniques. Some doulas – including Slavin – also teach childbirth classes and provide other services such as placenta encapsulation or birth photography. 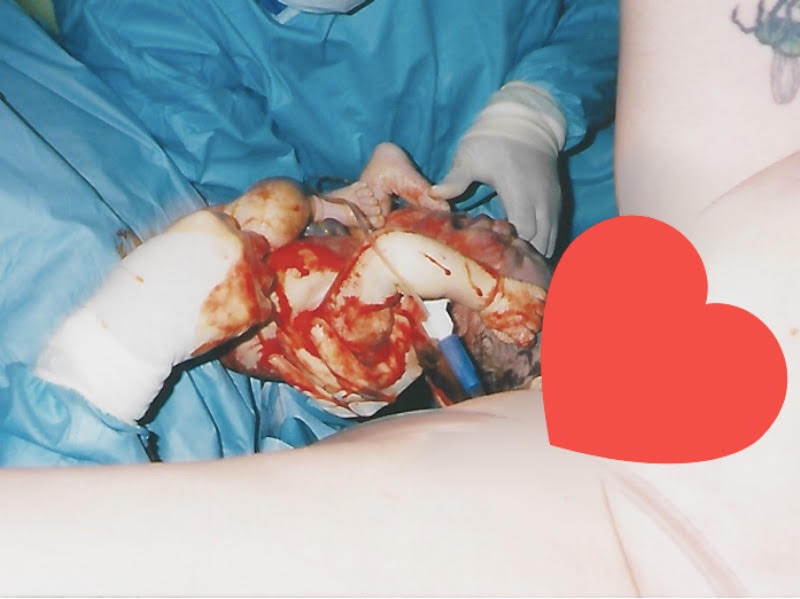 In Milwaukee, the cost of doula support ranges from $500-$1000. Many women pay this out-of-pocket. Organizations like The March of Dimes support coverage of doula services under insurance programs like Medicaid, Children's Health Insurance Program (CHIP), TRICARE and others.

There are about a dozen practicing doulas in Milwaukee on the C.A.R.E Network website. Unfortunately, there is a shortage of doulas of color in Milwaukee and other communities, but The March of Dimes is working to provide doula services to more women.

On April 1, Slavin will semi-retire and close the Well-Rounded Maternity Center, a birthing center she opened in Bay View in 2004. Currently, Well-Rounded is the longest running birthing center in the state and it opened before midwifery was technically legal in Wisconsin.

Slavin says she plans to continue teaching birthing classes and will occasionally attend births, but she looks forward to having more time to spend with her family, including her husband, grown children and a half-sister whose existence she only recently learned of.

"Being a birth doula is very hard, strenuous work with long and unexpected hours," says Slavin. "Basically, I've been on call for 20 years."

Slavin says one of her most memorable births happened with an HIV-positive mother who went into heavy labor at the same time a tornado touched down in her suburban neighborhood and the highways were closed down due to flash flooding.

"Somehow we made it to the hospital," says Slavin.

In the 14 years of operating Well-Rounded Maternity Center with a paid staff, Slavin herself has never taken a paycheck for which she, in part, credits the financial and emotional support of her husband.

"Clearly, it wasn't money that kept me going all these years," says Slavin. "It was knowing a woman had a better birth outcome because I was there and knowing that I made an impact on people's lives. That's what keeps doulas going."

Shantell Riley is a registered nurse, an end-of-life doula, aka "death doula," and a volunteer facilitator of a Death Cafe. (More on that later.)

"Even though I am a nurse, I do not provide any medical help as a death doula. Instead, I listen, help people understand their feelings and options, make referrals and eventually, make decisions," says Riley. "It's non-denominational, emotional support for the dying or for anyone who wants to proactively prepare for or talk about death." 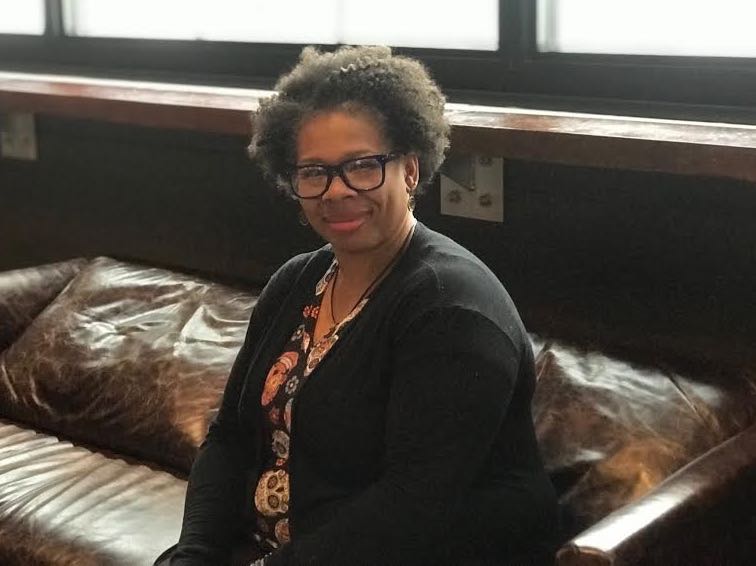 Riley became a death doula last year after she lost her mom to a stroke, her grandmother to old age and her son to gun violence. All three of the deaths were very different and resulted in distinct grieving processes.

With her grandmother's death, Riley says she felt sad, but knew that a "life cycle had been completed" and that it was an honor and a privilege that she passed away in the comfort of her home. Her mother's death was more difficult. Although she had lived many decades of life, Riley felt her mother was robbed of her golden years, a precious life phase.

But the murder of Riley's son – who was 23 – was absolutely devastating.

"Losing my son completely disassembled me. After a while I had to figure out how to build myself back up, how to move forward. It was the hardest thing I've ever done," says Riley.

One of the most painful aspects of Riley's son's death was that he left a child behind without resources. "We had talked about getting him life insurance, something that his son would have in the case of his death, but we never did," says Riley.

Riley decided she wanted to educate others so they didn't make this mistake, and so she started unofficially counseling people in her community on how to get life insurance. This lead to a lot of conversations with people about death, a topic she knew a lot about.

Friends appreciated her insights and a few suggested she look into becoming a death doula. Riley had never heard of such a thing before. Shortly thereafter, a friend tagged her on a video about the subject on Facebook. When Riley finally researched end-of-life doulas, she immediately knew it was something she wanted – something she needed – to be.

Last summer, Riley enrolled in an end-of-life doula training in Ann Arbor, Mich. Afterwards, she felt stronger and more prepared than ever to help people talk about the many aspects of death, including fears, wills, corpse disposal, DNRs, pontifications about the afterlife (Riley is a listener here and does not impose her personal thoughts) and more.

"Sometimes being a death doula simply means holding someone's hand in their final hours of life so they are not alone or helping someone to relax and let go," says Riley.

Riley's work as a death doula is completely separate from her work as a nurse. She also holds a third job as a volunteer facilitator for Death Cafe Milwaukee.

The concept of a Death Cafe started in London in 2011 and today there are more than 7,000 Death Cafes internationally. Riley's "cafe" is located inside The Womb Room, a health collective on Milwaukee's South Side, on the third Sunday of every month from 1 to 3 p.m.

"Basically I hold space for people to come and talk about the 'comfortable uncomfortable' aspects of death," says Riley. "It's something we all need to talk about, but rarely do. Our culture has separated death from the life process, but birth, life, death – it's all part of our cycle. It doesn't have to be taboo."

Riley usually welcomes between 12 and 24 guests to her Death Cafe that range from young to old. Some are terminally ill, but most are not.

"So many people want to talk about death, even if they are healthy, but don't know how or where to do it," says Riley. "I help to facilitate conversations from a place without judgment regardless of what a person believes. It's about accepting that death is a part of our process and something that we can prepare for."

During Death Cafe meet-ups – the next one is Sunday, March 17 – Riley always serves cake.

"Because everything is better with cake," she says.