NOGALES, Mexico – The wall is made of long narrow metal planks, sunk deep into the ground, extending high into the sky. The planks are set on the bias, creating a louvered look that permits a view of the other side. The wall travels as far as the eye can see, dividing city of Nogales, Arizona, from the city of Nogales, Mexico. The wall is covered with bales of razor wire.

Three weeks ago, I was at the border with a trio of rabbis, a national group of 20 leaders of Jewish Community Relations Councils and Elana Kahn of the Milwaukee Jewish Federation. We were there to bear witness and to get a better understanding of the issues and the history that led to the current immigration crisis. We were also looking for ideas of what we can do to help. 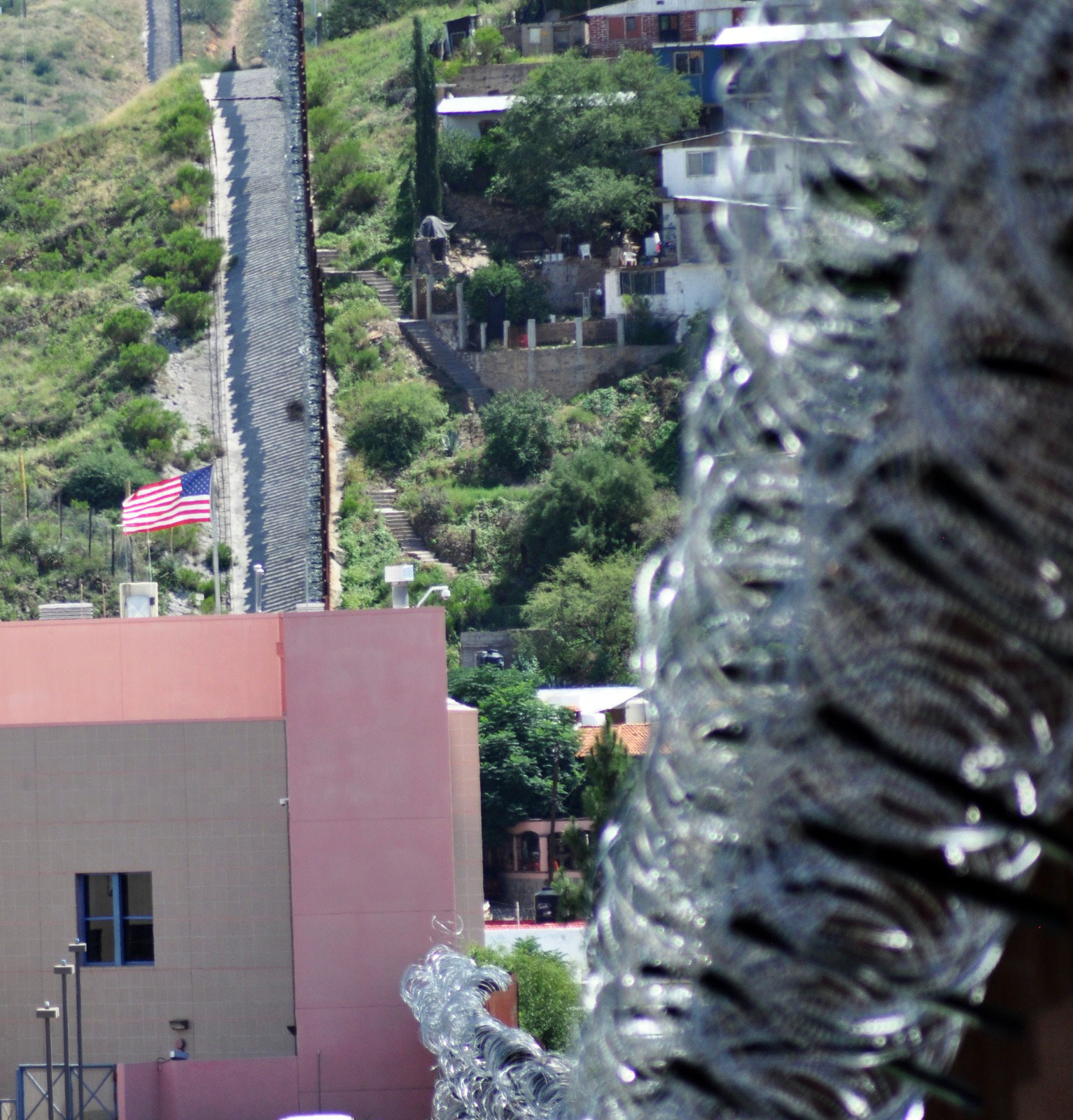 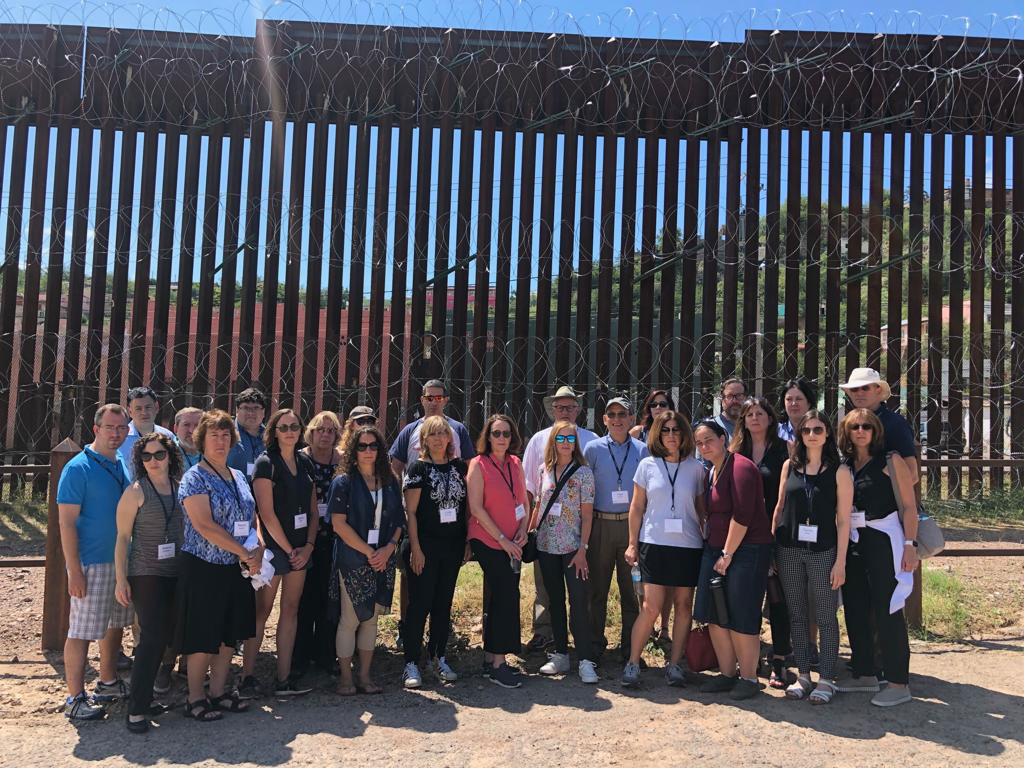 When asked about the experience, I've said: the closer one gets to such a humanitarian crisis, the more one realizes how complicated and layered it is. And yet, paradoxically, proximity also clarifies what is right and what is wrong.

The wall in Nogales was built by Bill Clinton in 1994 to disrupt drug trafficking and in anticipation that Mexican farmers, unable to compete with cheap American corn provided through NAFTA, might flood across the border looking for work. Every administration since has put up more walls and further militarized the border. Up until 1994, the border at Nogales was relatively open. People from both countries regularly crossed the border for lunch or to go shopping. Now it looks like a war zone.

Today's migrants come to the U.S. for many reasons: Some are fleeing political conflict and violence. Some leave Guatemala, Honduras and El Salvador because of climate related drought and famine. Others fear the threat of gangs and cartels or domestic violence. Every migrant, in turn, has to deal with the Mexican cartels. No migrant crosses the border, legally or illegally, without their involvement. 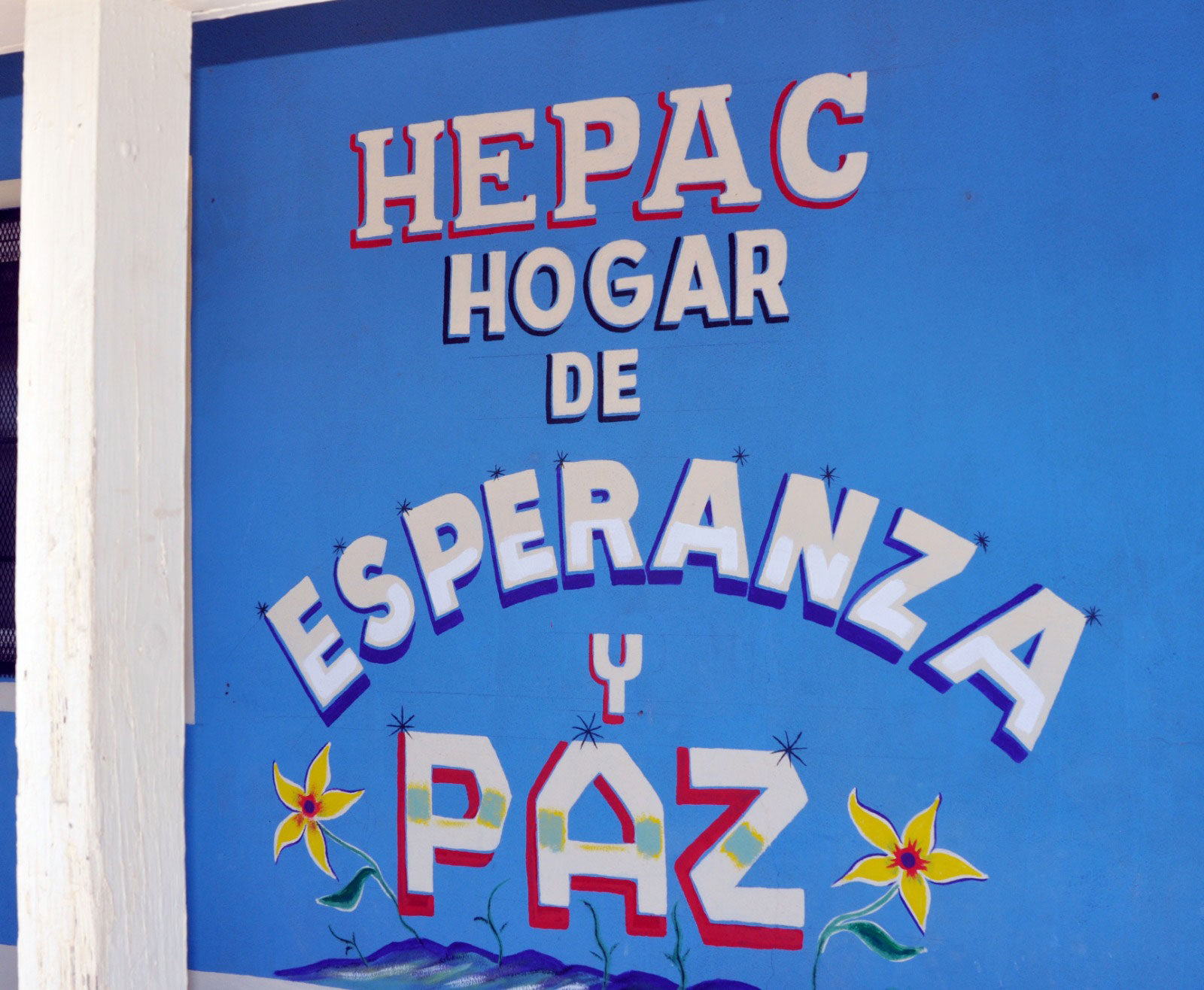 We drove into Mexico and visited HEPAC, a shelter whose name is an acronym meaning "Home of Hope and Peace." There we met people waiting to apply for asylum. We met three-year old Naya, from Venezuela. Her father Franklin owned a prosperous bakery in Venezuela. He used to buy grain from Canada but sources it now in Colombia. The first time he returned home the police ordered him to pay them $5,000. When he refused, they confiscated his grain and threw him in jail. The second time he returned from Colombia with rice they demanded $10,000. When he said no, they put him back in jail. 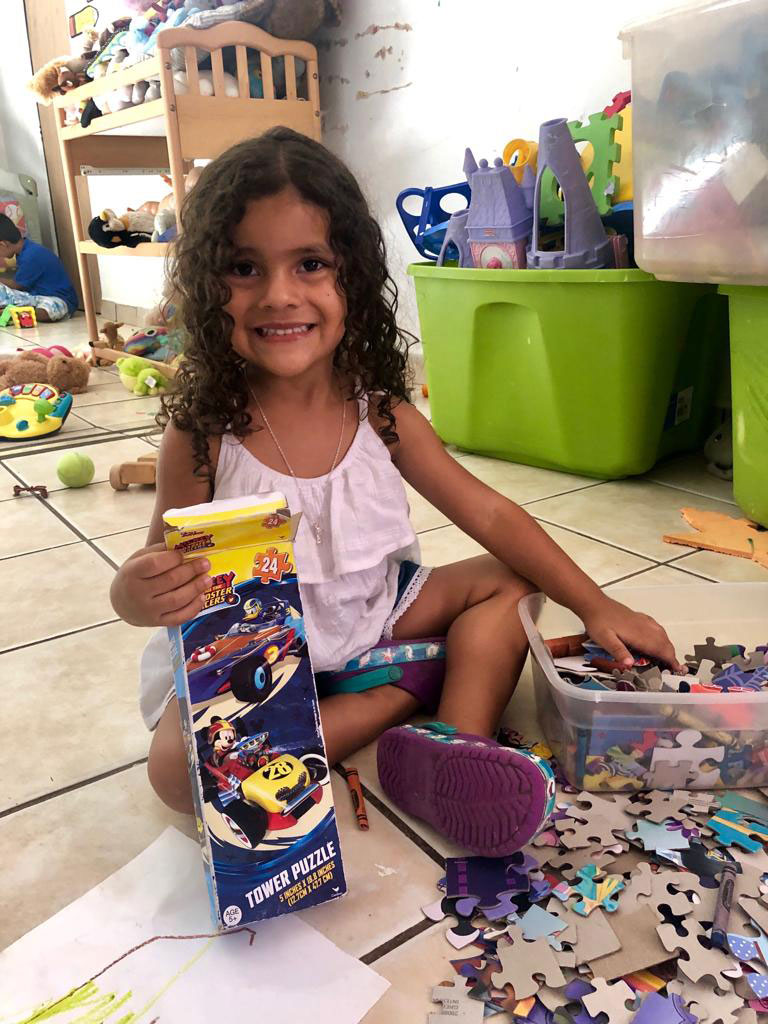 That's when he knew he had to leave. The U.S. government gave Franklin, his wife and two older daughters tourist visas but not Naya. When they went back to the U.S. consulate in Venezuela to get Naya's visa, they were told to surrender their visas, along with 54 other people that day. The older daughters made it to the U.S. but Naya and her parents wait in Mexico for their number to be called to present themselves for asylum. They've been waiting for three months, with thousands of others.

To prevent a riot on the Mexican side, volunteers hand out numbers on slips of paper and keep a running list on a legal pad. Before we leave, one of our group takes off and hands to Naya a necklace with a tiny statue of liberty. She hopes "it will be a good luck charm for her."

A few minutes later we spoke to a woman in the shelter with her children. She shared her story and then said, "We have two young girls who are here because their parents were assassinated. They buried their father and mother the same day and, with their 21-year-old brother, immediately left home and began their journey. We decided to adopt the girls as our own." They have been in the shelter for a month. Their number is over 2,500. While translating, our guide struggled to hold back tears, as did we. 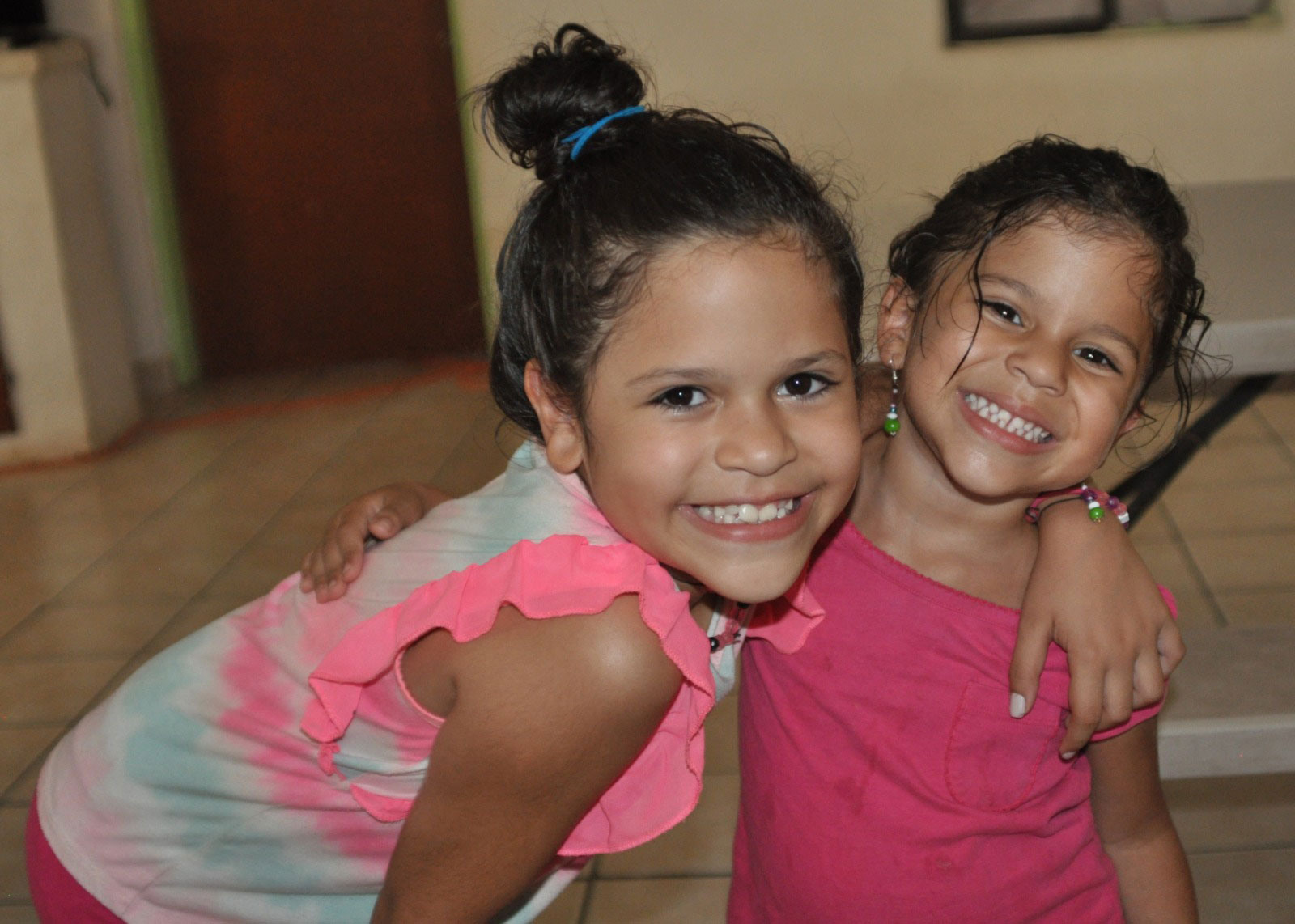 We then met a couple and their four children. She had a restaurant and was threatened by a gang because she had been helping people in need. Her father's pharmacy was then broken into and ransacked, the medicine stolen. She and her husband took their kids and began the long, difficult and humiliating journey. Their number is over 2,600.

Mind you, these aren't rapists, terrorists, drug dealers or gangbangers. They are desperate people from Venezuela, El Salvador, Honduras, Guatemala and other failing countries, seeking the promise of a better life for their families. Many face a threat of violence or death if they go back home.

In the presence of such families, it is impossible not to think of our own families migrating to these shores, many of whom were fleeing oppression and violence. But there the similarities ends; our forebears made it. Of the asylum seekers we met, only two percent will ever be granted asylum. The rest will be sent back to uncertain futures.

And these are the lucky ones who made it this far. A recent presidential order requires asylees to ask for asylum in every country they transit, which is nonsensical, as it means asking for asylum in countries whose own citizens are trying to escape. The policy's cynical aim is to shut off the flow of refugees, entirely.

Consider: in the past 40 years, the number of refugees admitted to America has averaged 90,000. Last year, the administration lowered that number to 40,000, but processed only 28,000 cases. This year the number was dropped to 30,000 and just last week the administration unveiled plans to drop the number to 18,000. And this as numerous regions are in crisis. As Jews, these numbers are significant and scary. We know, all too well, what happens when nations close their doors to refugees. 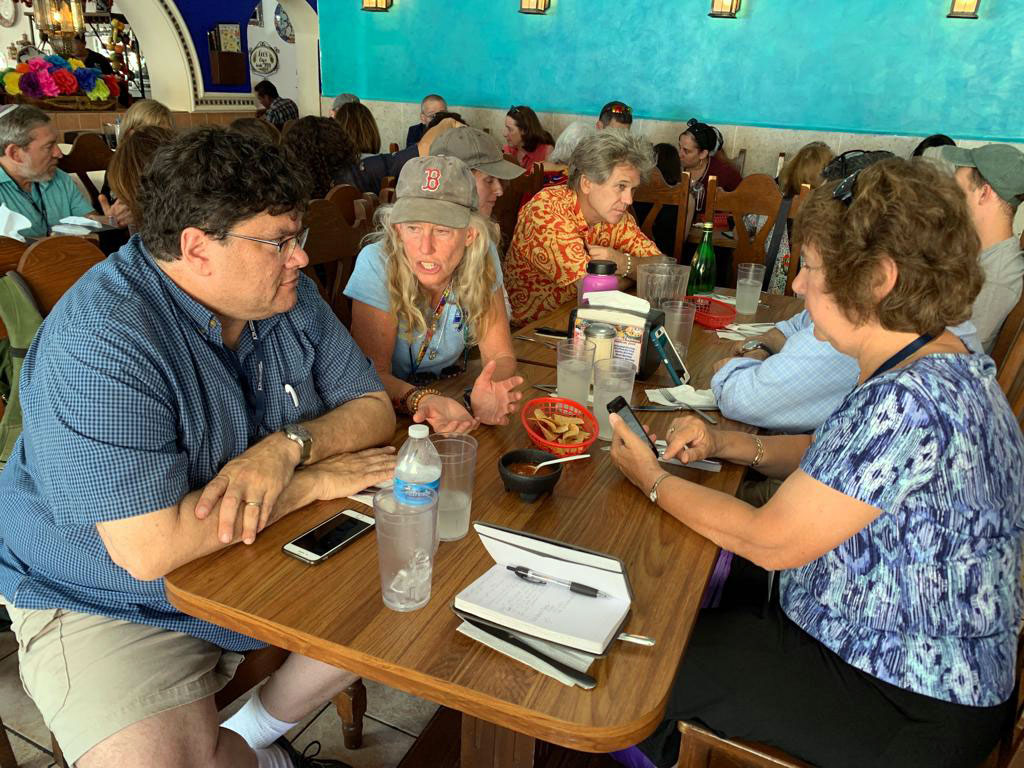 And yet, then there are the incredible volunteers on both sides of the borders who remind me of the Torah's Abraham and Sarah, whose exemplary hospitality to strangers is mentioned prominently in the Torah. When three strangers emerged from the desert, Sarah and Abraham welcome them warmly, prepare a feast and even wash their guests' feet. At the borderlands, some volunteers have put their lives on hold, others have changed life direction completely. These volunteers are what our tradition calls lamed-vavnikim, one of the 36 anonymous ones upon whom the fate of the world depends.

The roots of the current crisis are complex, stemming from decades of bipartisan policies. During the Cold War, we supported governments committed to democracy and actively undermined those that wouldn't. In Central and South America, Venezuela, Honduras, El Salvador and Guatemala have become failed states, lacking a working economy or effective government. Organized crime and random violence is rampant, with gangs and the cartels holding sway.

Beyond political and economic collapse, climate change has brought crop failures and famine and has destroyed what safety net existed for subsistence farmers and their families. Deforestation in the Amazon has added to the destabilization attributable to NAFTA and other trade agreements.

And for migrants from Africa, the spread of extremist religion has uprooted those unwilling to submit. In all these regions, food insecurity, sluggish economies, organized crime and lack of work are strong push factors for migration.

Back across the border

As we prepared to make our way back across the border a problem emerged: our driver had locked the keys in our new van, which turned out to be impervious to all attempts to break in, even those of a locksmith. We caught rides to the port of entry and crossed into the U.S. on foot. When we reached a custom and border patrol officer, he checked our passports and had us stand facing a camera for what I assume was facial recognition software. 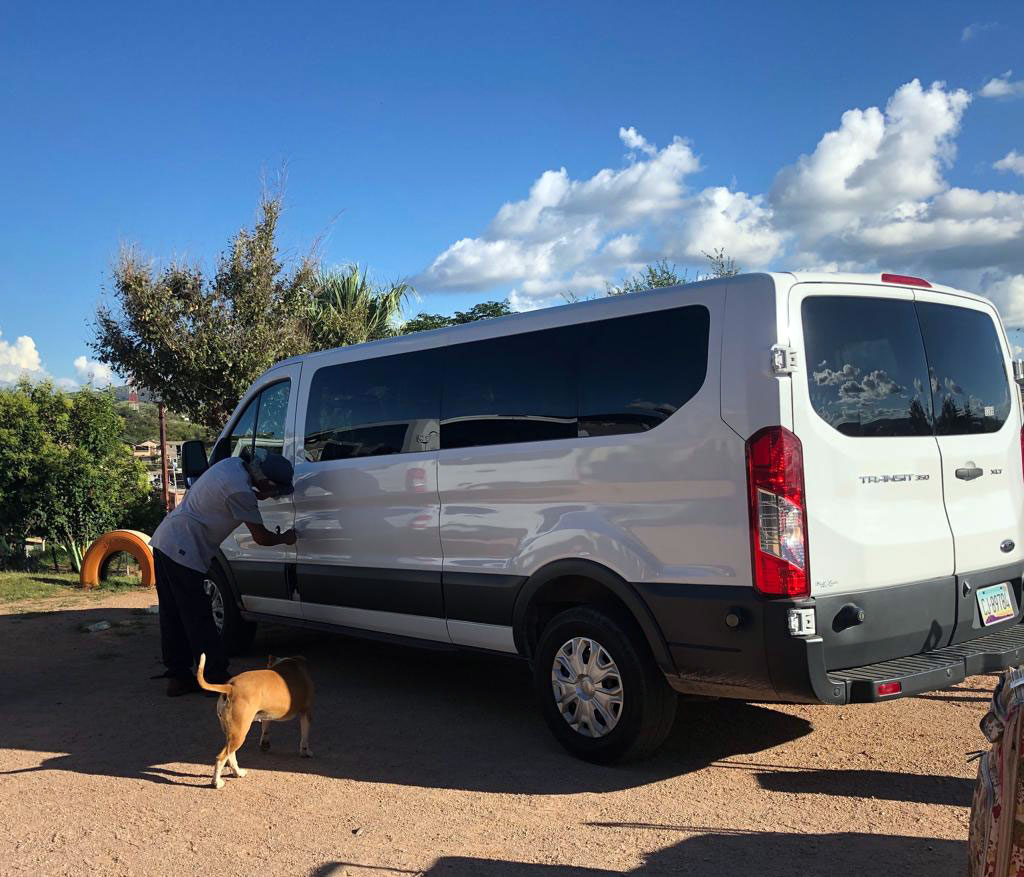 As we stood in line, I thought about how simple it was for me to enter the U.S. compared to refugees fleeing Europe prior to and during World War II. Nick Kristof recently pointed out that: "After the 1938 Kristallnacht pogrom against Jews, a poll found that 94 percent of Americans disapproved of Nazi treatment of Jews, but 72 percent still objected to admitting large numbers of Jews. The reason for the opposition then were the same as they are for rejecting Syrians or Hondurans today: We can't afford it, we should look after Americans first, we can't accept everybody, they'll take American jobs, they're dangerous and different." Kristof references the quote attributed to Mark Twain: "History doesn't repeat itself, but it often rhymes." And we Jews know this as well as anyone.

Driving north we came to a checkpoint 23 miles from the border. Our van was searched. After answering a few questions and some informal conversation with the Custom and Border Patrol agents, we were permitted to re-board and continue on.

Unbeknownst to us, we had just encountered one of ways immigration policy has shifted. In the past, ports of entry were fourth amendment free zones, leaving Custom and Border Patrol Officer to conduct searches and seizures without probable cause. Today, that zone extends 100 miles of a U.S. border, in practice. Which includes, by the way, Milwaukee, as the Great Lakes, for this purpose, are considered to be on a U.S. border.

A word about definitions: while we use them interchangeably, the terms migrant, refugee and asylum seeker, have specific legal definitions. A migrant is simply someone on the move. An asylum seeker intends to lodge a request to be admitted to the U.S. as a refugee under the 1951 Geneva Convention on Refugees. Asylees then appear in immigration court. If the judge finds that they have left their country of origin in order to escape war or persecution due to nationality, race, religion, or political affiliation, they are admitted as a refugee and are entitled to a number of rights, including bringing their families.

Under decisions made by then U.S. Attorney General Jeff Sessions, gang and domestic violence are no longer reasons one can seek asylum in the United States, even if a person's home government does not provide adequate protection. As a result, such asylum seekers are considered as simply migrants and not admitted. Many of them have returned home to violence and in some cases, death.

Which brings me back to our families, all of whom, save for native Americans, came from somewhere else. Was it because of crushing poverty? Famine? Endemic racial-violence? Or perhaps to escape the obligatory 25-year conscription into the Tsar's army? What barriers did the face? How did they manage to surmount them? 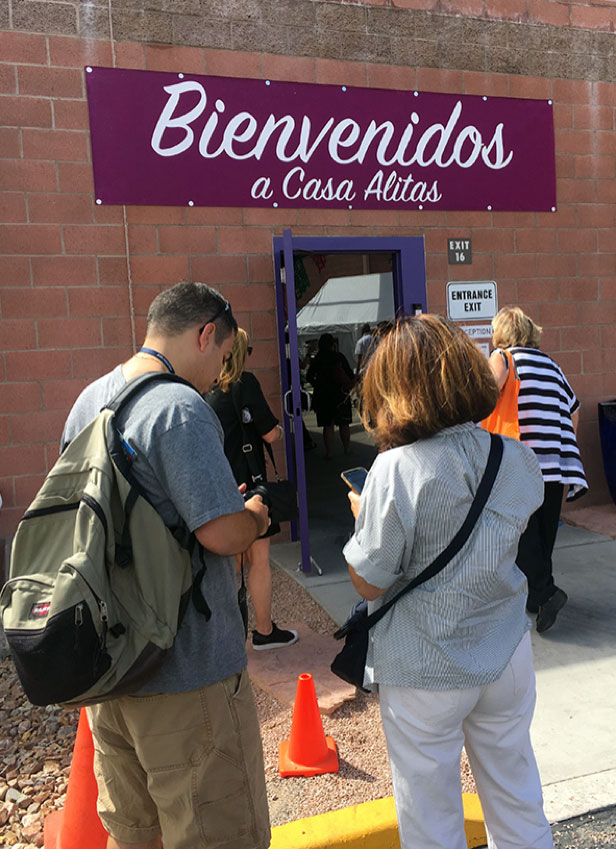 We made our way to Tucson and Casa Alitas, a family shelter run by Catholic community services. To explain its function, I need to further explain the asylum process:

The opinions expressed in this column do not necessarily reflect the opinions of OnMilwaukee.com, its advertisers or editorial staff.