This article was originally posted on Feb. 17, 2017, but in honor of Pride Month and Pride Week at OnMilwaukee, we've republished it today.

Few of these early LGBTQ uprisings ever made news headlines and few if any factual police records exist from these incidents. As the greatest generation continues to leave us, the actual course of these events has been slowly evaporating into hidden history. As a result, many people today believe that LGBTQ history began with New York's Stonewall Riots of 1969.

But eight years before Stonewall, Milwaukee was the scene of an early uprising unlike anything local police had ever seen before. On Saturday night, Aug. 5, 1961, four troublemakers got more trouble than they bargained for at the Black Nite (400 N. Plankinton Ave.,) one of Milwaukee's most popular gay bars of the time.

Murky by day, murkier by night

After 100 years at the dense heart of downtown commerce, the 400 block of North Plankinton Avenue was showing its age. After World War II, the Downtown freeway loop offered a bright promise of renewal, but its delays also discouraged new investment in these properties for an entire generation. In this lost and lonely part of town, the only new businesses that were opening were businesses that didn't really want to be found.

With St. Paul Avenue dead-ending at the river to the east, Milwaukee Road railway junctions to the west and ancient coal-stained buildings all around, Plankinton looked and felt like a scene from a Raymond Chandler novel. The streets were indeed dark – with something more than night.

Built by George Burnham in 1853 as a grain elevator, the old flourmill at 400 N. Plankinton Avenue was later home to manufacturers Fairbanks, Morse & Co. Long known as the Old Mill Tavern and Cafe, the ground floor storefront was acquired by local financier Harry Kaminsky in 1958. Unable to get a tavern license in his name, Kaminsky convinced Mary Wathen of Omaha, Nebraska, to open Mary's Tavern in hers. Mary complained immediately about being "bothered" by homosexual clientele from nearby taverns. "They drove regular customers away," she complained to Kaminsky, whose response was "if we can't beat em, let's join em."

Kaminsky was on to something. After World War II, savvy sponsors quickly figured out that money was to be had in catering to a crowd that had nowhere else to go. Mary's Tavern joined The Fox Bar (open in 1948 at 455 N. Plankinton) and Tony's Riviera (open in 1952 at 401 N. Plankinton and a longtime gay landmark earlier as the Anchor Inn) to create the city's first gay bar strip. "It was the original Fruit Loop," said Bunny, a contributor to the Wisconsin LGBT History Project, "and it was popping!"

Mortified, Mary Wathen got out of the bar business in 1959 and moved back to Omaha. "I wanted no part of that, I didn't like the place and I never let Mr. Kaminsky forget it … I was the happiest gal in the world when it was sold. I could have danced in the street." Kaminsky quickly recruited Wally Whetham, a Kohl's Food Store butcher, to take over the tavern license and changed the name of the bar to the Black Nite.

The Black Nite wasn't just a tavern that tolerated homosexuals; it was, from the start, a tavern that embraced and welcomed them. Whetham, a twice-married man with children, became well-known for creating a safe and generous space for his customers. All sexual and gender expressions were welcome – something extremely rare to find in mid-century Milwaukee – and customers were fiercely protective of their turf.

That fierceness made itself known on Saturday, Aug. 5, 1961.

Scenes from a brawl

After partying at a Kane Place tavern, four 20-year-old servicemen (Kenneth Kensche, John Cianciolo, Bruce Pulkkila and Edward Flynn) decided to check out the Black Nite on a dare. Despite being asked several times, they refused to show any identification to the bouncer and wound up being forcibly removed. One of the servicemen would later claim that he was grabbed, punched and hit on the head with a bottle for no reason. But that's not exactly what happened.

"We didn't start anything, but we sure as hell finished it,"said Josie Carter, contributor to the Wisconsin LGBT History Project in 2011. "Those guys only came down there to cause trouble. When he tried to kick them out, they all tried to fight him. And I thought, 'Oh no, you're not going to hurt MY husband.' I went out there with a beer bottle in each hand, ready to knock some heads.

"This man turned on me. I thought, I can't let him put his hands on me. He was big, and he kept coming at me. I thought he would kill me. In that moment, I could fight off an army in a bathrobe. I let him have everything that was in that bottle. He went down."

The servicemen fled the bar, took their injured friend to the County Emergency Hospital and went back to the Kane Place tavern. They rounded up a dozen men and decided to go back Downtown and "clean up the Black Nite."

"Wally said, 'OK, you guys have to get out of here, because God knows what is about to happen.' But we did not run from a fight. We did not run from nothing," said Josie. "And, wouldn't you know it, those big ass mothers came back and just tore apart that bar, looking for little old me and my husband, because their buddy got beat up."

Wally Whetham later reported that "this gang came in and started tearing the bar apart, and the bar fought back." Earlier that night, the servicemen had found a nearly empty bar and a 4-1 fight against the bouncer. This time, they found a packed bar of 75 patrons ready and willing to defend their turf by any means necessary.

The battle didn't last long, but it was intense: One patron suffered extreme lacerations when he was thrown through a broken window; another patron experienced a brain concussion when he was hit in the head with a barstool. He would remain in critical condition for weeks after the brawl. In the end, over $2,000 in losses were reported, including the bar's entire bottled liquor inventory, an electric organ, a jukebox and all windows.

"One of the guys came at me and said, 'OK you sick faggot, come on.' I popped him right there, and the blood sprayed and he fell to the ground. I'll never forget that as long as I live. He started it, but I stopped it. I may be a 'faggot,' but I'm the one who stopped it."

"And then the cops came down, and put them all in a paddy wagon, and took them to jail," said Josie Carter. "They said, 'You have no business coming down here and harassing these people. The police were good to me back then; they took care of me and taught me how to stay out of trouble. I never had no problem with the police, as long as I didn't make problems." 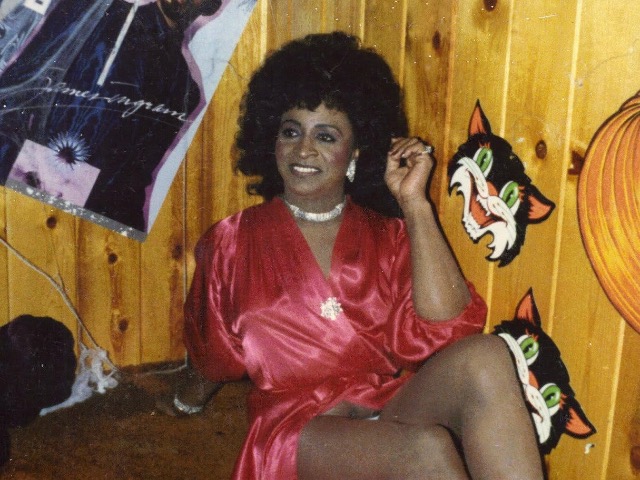 It's especially interesting that Josie, a self-described "queen" who did not consider herself transgender despite living a full and proud female life, would make that statement. Laws prohibiting "cross-dressing" had been on the books since pioneer times, and even in the 1960s, police were empowered to apprehend, inspect and arrest any individual not wearing three pieces of biological gender-appropriate clothing. Today, we can't even imagine the bravery and boldness that was required to live a transgender life in midcentury Milwaukee.

"Oh, I was so proud of myself, but when I went back to the bar and grabbed the door handle … I realized my whole finger was pushed all the way backwards. I didn't even notice that during the fight. I just kept fighting. We all did."

While Whetham and his patrons cleaned up the carnage, the four servicemen were charged with disorderly conduct. Unfortunately, Judge Christ T. Seraphim later dismissed their charges due to "lack of evidence."

The Black Nite brawl haunted the property for months, affecting the bar's business and reputation, and Whetham was urged by the Common Council to change the business name in order to keep his liquor license. The bar operated as Bourbon Beat until being razed for St. Paul Avenue's extension in 1966. By that time, all of the other gay bars in the 400 block of North Plankinton were demolished for I-794 freeway construction. Although vacant for decades, the footprint of the Black Nite has been eyed for redevelopment as an urban dog park.

By the time Milwaukee's original "Fruit Loop" was erased, the community had already moved further south, where the Nite Beat girl bar had moved in 1962. When Al Barry opened The Rooster (181 S. 2nd St.) in 1968, he unknowingly inspired the formation of Milwaukee's second great "gayborhood" at 2nd and Pittsburgh. Within a year, the popular Castaways and the Knight Owl restaurant joined the block, which would ultimately see as many as a dozen gay and lesbian bars open and close by the late 1970s.

Without the Black Nite Brawl, the subsequent erasure of the Plankinton strip and Barry's investment in The Rooster, it's entirely possible Walker's Point would never have become the city's leading LGBTQ neighborhood.

Wally Whetham would later open the Captain's Cabin (400 N. 2nd St.) and manage the Pirate's Den (1801 N. 12th St.) before declaring bankruptcy in 1966. He became a key witness in Harry Kaminsky's 1968 federal fraud trial, along with the returning Mary Wathen. However, Kaminsky died in October 1968 before the trial came to conclusion. Whetham moved to New Year where he passed away in July 1974.

And what about the person who threw the first bottle that started the brawl? Josie Carter remained a Milwaukee LGBTQ icon and hero for over five decades until passing away in 2014.

"I have never lived in fear. All someone can do is beat me up, but believe me, if I see them again, anywhere, I will walk up to them and tap them on the shoulder," said Josie. "'Remember me?' I'll say. And they'll remember me. I promise you that."

As anyone who had the privilege of meeting Josie will tell you, she was damn right.