The turreted house at 5027 W. North Ave. was built in the Town of Wauwatosa before that section was annexed to the City of Milwaukee in 1910.

The recommendation moves to the now goes to the Common Council, where the Zoning Neighborhoods and Development Committee will have a hearing on Feb. 25. Next, the matter will be voted on by the full Common Council. If successful, it then moves to the mayor's desk for his signature.

Perhaps because of that annexation and a lack of access to original records, the city's website lists 1900 as the construction date of the home, which could have been built earlier.

"Today's house does date to the mid-to-late 1890s or very early 20th century as indicated by its Queen Anne Free Classic style. The exact construction date is not indicated in any of the records checked so far. ... The year 1909 seems late for this Queen Anne structure.

"There may be the possibility that the original homestead was completely remodeled, encased in masonry and shingles, with a tower added and prominent gables added at the three main elevations. Evidence on the exterior does not point to this but Historic Preservation staff has seen many before and after images where a house underwent serious alteration that would have been undetectable to the casual observer.

"So how do we date this house? The best we can do at present is to say it postdates Mary Coughlin's death at the end of 1893 and predates 1909."

However, the fact that the city refers to the home as the Bryan and Mary Coughlin House – using the names of the Irish immigrant patriarch and matriarch of a farming family that long lived there – suggests that they built it.

"I don't know the history," says current owner Thad Nation, who bought the property in 2007. "Part of the reason I wanted to go through the process of landmark designation is because I thought a lot of that research would be done.

"It's much older than any of the houses around it. Paul (Jakubovich, the late City of Milwaukee Historic Preservation planner) told said it is one of very few examples of a Queen Anne house in Milwaukee with a wraparound porch." 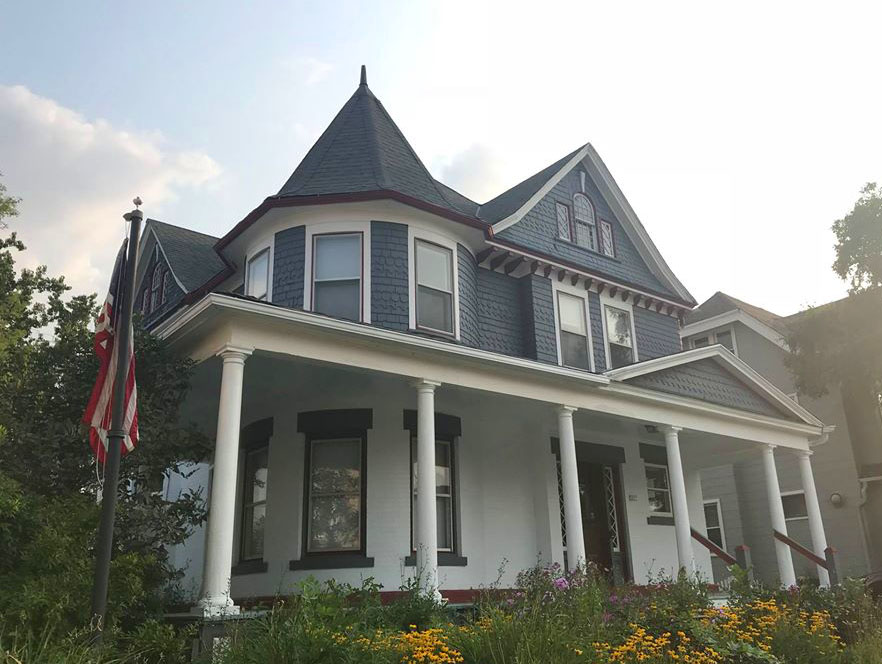 Bryan Coughlin, born in Ireland in 1817, came to America in 1851 and by 1860 was living with his family in the Irish Third Ward. But in the later years of that decade, he had the financial wherewithal to purchase 50 acres of farmland in the Town of Wauwatosa and the family became farmers.

The Coughlin property ran as far west at what is now 51st Street and south from North Avenue. They had their house on the northern edge of the land, which suggests, as noted in the city report, the current house may have replaced an earlier one or that the house we see today hides earlier construction inside.

Bryan Coughlin died in 1887 and his wife Mary passed in 1893, at which point the land was occupied by their son William and his family. William's unmarried elder sister Mary also lived there until her death in 1935.

The Coughlins sold off most of the land between 1909 and 1911, keeping only the site of the house and some adjacent lots. Next door, Coughlin built the duplex that still stands just west of the family home.

Census records show that the Coughlin family still lived in the house in 1930, a year after the death of William Coughlin.

In 1937, new occupant Jerrold Peever sought to convert the residence into the manufacturing and sales headquarters for Jerine, a business selling "toilet preparations," that is, cosmetics and perfumes. 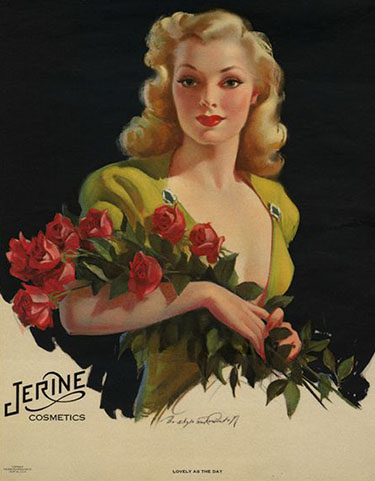 Peever, who bought the house from the Coughlins in 1940, and Jerine endured there for decades, before being replaced by Anthony Harvey, who considered but ultimately declined to open a catering business in the house in 1981.

Interestingly, Peever later married the Coughlin's daughter Loretta, likely around 1966, according to a report prepared by Carlen Hatala of the city's Historic Preservation office.

After Peever's death in 1978 (Loretta died in 1991, while living at Alexian Village), the building was returned to a residence, before being converted back into offices in the 1990s by then-owners Richard and Elizabeth Herzfeld.

The 3,380-square-foot home is currently used by Nation as offices for his Nation Consulting business.

It has a wide turret, a wraparound porch and some Colonial-style elements, too. It is definitely unique in its setting, which is a mix of mainly commercial, with some later residential structures nearby, and it is a beautiful remnant of a time when this neighborhood was pastoral farmland.

"When I bought it, it was still set up to be offices," says Nation. "I took down some of the (added) walls and did a bunch of updating, but the first floor is still mostly intact. The woodwork was never painted.

"There's a small room between the foyer and the dining room and it's the most original room in the house. It still has the gas pipe for the lighting, the original paint and stenciling. If it's not original, it's really damn old. There are a lot of cool details in the house that you won't see anywhere else in the neighborhood."

The commission meets in City Hall's Room 301-B.

NOTE: This article, which originally ran on Monday, Feb. 10, 2020, was updated the following day with the result of the HPC vote.