Testing out The Woofie, a "dog selfie" device

Every canine caregiver wants cute and Insta-ready photos of their best friend's fuzzy face, but depending on their pup's temperament, such photos can be a pain in the fuzzy butt to take.

Numerous smartphone apps are available to help snap a super-precious dog shot, including the popular BarkCam. With this app, pet parents choose from a variety of sounds that might grab their dog's attention, including squeaky toys, cat meows, the rustling of treat bags and doorbells.

When the shutter button is tapped it triggers the sound and pauses for a second or two, which hopefully gets the canine to look curiously at the camera before capturing the shot.

Recently, a tangible, new product with a similar mission hit the market called a Woofie. The malleable tool clamps a dog treat to a smartphone or tablet with the idea that the dog will be so smitten with the snack that he or she will inadvertently look right into the camera with the excitement only a drooly dog desiring a pig ear or salmon biscuit can exude. 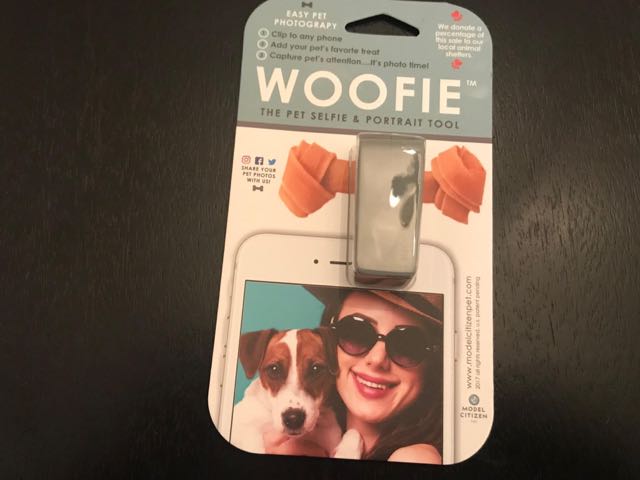 The Woofie, made by Model Citizen Pet, can be used to take pet/caregiver "selfies" or photos of just the pup. It retails for $9.50 and is available in glamour green, posh pink or slay gray.

But for the love of bacon-flavored bully chews, does it work?

To find out the answer, OnMilwaukee recruited Michelle Rutkowski, program director and midday personality at FM102/1, to put the product to the test with her pup Zosia.

Zosia is an energetic 5-month old lab mix who was rescued from Elmbrook Humane Society. Her favorite snack is a "Nudge" – a jerky-like treat that smells awful, according to Rutkowski – so Rutowski attached one to her phone via the Woofie. Zosia was instantly interested in the phone – obviously because it was tethered to a treat – and got up to get a closer look. 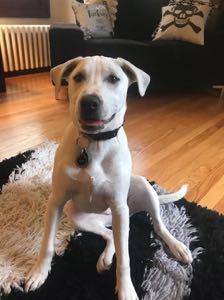 Initially, Zosia's natural instinct was to rush the phone to get the snack, but when she heard Rutkowski's voice and familiar command "sit," she did. And indeed, she sat directly in front of the phone / treat with a hopeful, excited look that some pet parents might actually deem as a smile on her face.

Rutkowski was able to snap multiple "frame worthy" photos before forking over the treat to a very happy Zosia.

However, when Rutkowski attempted to take a selfie with Zosia, it didn't work out as well. Perhaps it was because Zosia, like all dogs, is conditioned to having her parent in front of her when there's a treat at stake, not next to her. 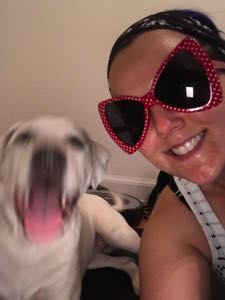 "For us, it definitely worked better when I was trying to take a photo of her," says Rutkowski. "We can now add 'taking a selfie with the Woofie' to the list of things she doesn't care for – along with doing what she's told."

(Rutkowski added that Zosia is a lover of many things, including long walks, shoe eating and smashing the patriarchy.)

After our experience, we determined The Woofie works well if a caregiver wants to take a portrait of their pet for a holiday card or family picture, but seems to be less effective when trying to use it for a selfie. Of course the success depends greatly on the nature of the dog, but there's something seemingly confusing and less natural about sitting next to a dog with an extended arm while holding the phone with an attached treat.

Hence, our take was the Woofie is a fine product to keep in a drawer and bust out for special occasions, but for everyday use it seems like an unnecessary bauble that can't compete with the ease of using a smartphone app.

But then again, for dog moms like Rutkowski, is there really a "bad" photo of their pooch? Absolutely not. Well, maybe. 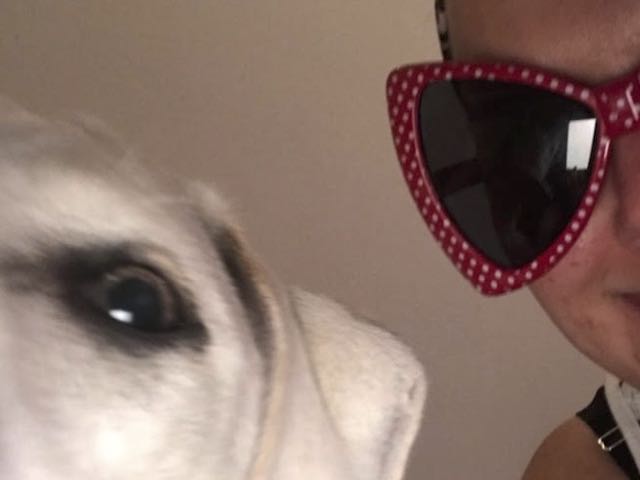 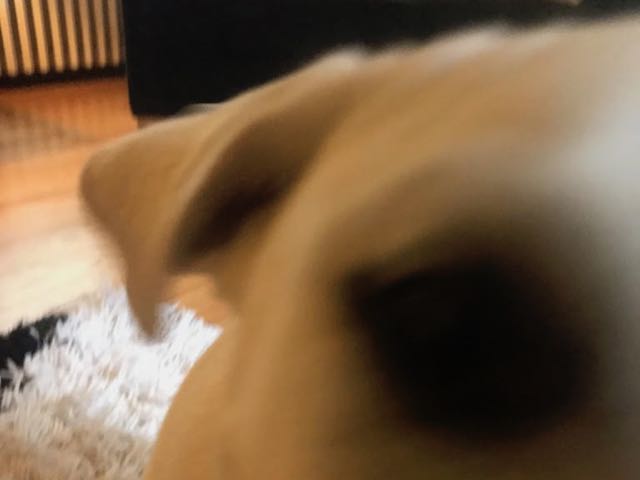 Why are so many Wisconsin dogs rescued from the South?

Emma would love a letter from your dog

Giannis vs. Aaron: Which Wisconsin sports star has the cuter dog?