Milwaukee's annual Yule Ball – based on the Harry Potter books and films – is two evenings of magic and splendor with gorgeous decorations, joyful and dance-friendly music, a carefully crafted cocktail menu and a marketplace with some of the most unique baubles money can buy, but the heart of the event lives in the people who attend.

Frieda Hakim has gone to Yule Ball since it originally began four years ago at 42 Lounge, a popular nerd bar that was located Downtown. This year, the event – which takes place on Jan. 17 and 18 – will be held for the second year in a row at Turner Hall Ballroom, and Hakim can't wait to be there.

"I love the imagination in the books and the films and this carries over into Yule Ball," says Hakim. "And I love to craft, so I make a new dress every year."

Hakim starts by finding a gown at a thrift store and then alters and adorns it from there. One year she hand-painted stars onto a blue dress; another year she added flowers and vines to a gold gown to look like the character Professor Pomona Sprout, a British witch who worked as Head of Hufflepuff House and Head of the Herbology department at Hogwarts School of Witchcraft and Wizardry. Hakim also always makes a matching hat. 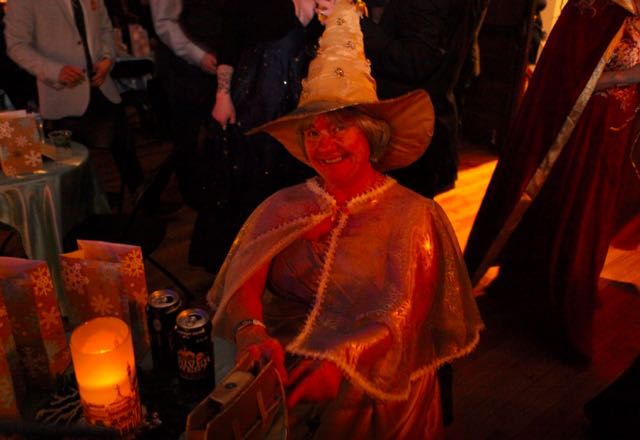 This year, Hakim has a black outfit in the works that's based on a fantastical character she imagined herself.

Hakim also makes wands for Yule Ball which she gives away or are sold by Yule Ball co-organizer Lynn Richter who then donates the proceeds to charity.

But most of all, Hakim enjoys dancing the night away and connecting with her Yule Ball friends, some of whom she sees only once a year at the event.

"It's always a wonderful evening," says Hakim, who identifies with the Ravenclaw House. "A place where, like in the (Harry Potter) books and movies, the good guys win."

Liz Koetting will also be attending her fourth Yule Ball. Koetting is the editor of a pop culture blog, Keysmash, and hosts a podcast, Fanpals, that did an episode on Yule Ball last year. (Click here to listen.)

Koetting says her appreciation for the event is rooted in the people who organize and attend it.

"I love that this event is made by people who are not only enthusiastic about the world of Harry Potter but about the fandom as well. They really strive to have something for everyone, and they recognize that geeky fans aren't necessarily people who would enjoy traditional dance parties," says Koetting. "If you want to dress formally and dance all night you can. If you want to dress in a costume and hang out with your pals and see some neat handmade merchandise, you can." 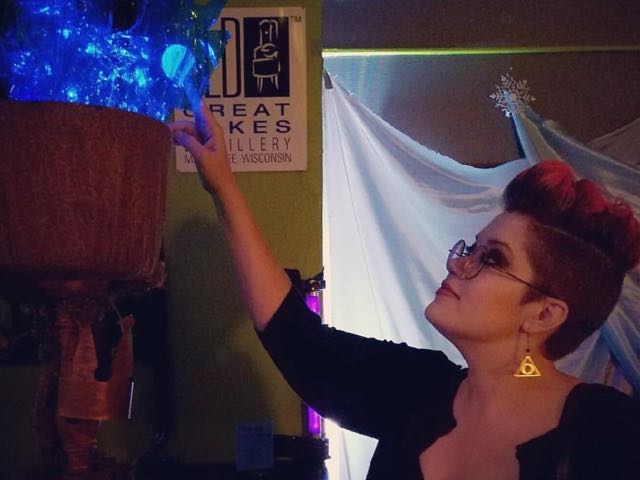 Koetting prefers to dress formal and plans to wear her "House" colors – canary yellow and black – this year for the first time. "I am a Hufflepuff through and through," she says, meaning she deeply identifies with the values of values hard work, patience, justice, and loyalty. (In the Harry Potter series, Hogwarts, the wizard school, is divided into four houses, and fans usually have one house (sometimes more) that they most connect with in real life.)

Fanatic fandom is not required to attend – or to enjoy – this event. Mike Holmes and Lindsay McHenry are regular Yule Balls goers even though they consider themselves casual Harry Potter fans. 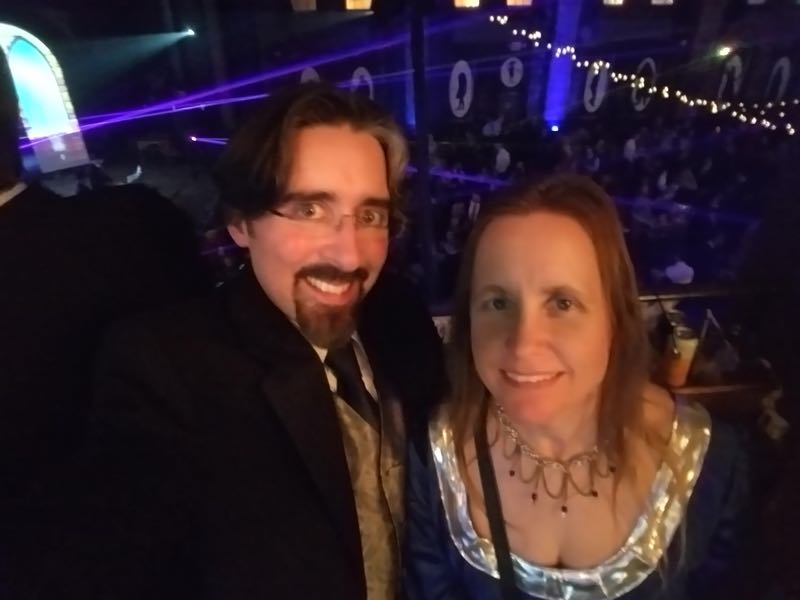 Holmes particularly appreciates the immersive-ness and diversity of the event.

"There's a touch of anachronism to it, a touch of cosplay to it, a dash of formality and it all adds up to a colorful and whimsical experience," says Holmes. 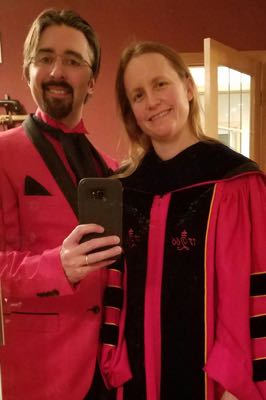 As a professor, McHenry has a collection of academic regalia which easily doubles as wizard robes for Yule Ball. She and Holmes have also worn blue and silver outfits in accordance with the Ravenclaw House colors from the films.

"Last year, I pulled out a blue and silver bridesmaid's dress I'd worn for a Medieval-themed wedding 15 years ago – which still fit, somehow. We try to throw in at least a little something anachronistic or offbeat when we can," says McHenry. "It's an important evening for us. I mean, how often do you get to attend an actual ball with fellow nerds?"

Yule Ball takes place on two nights at Turner Hall Ballroom, Jan. 17 and 18 for guests 18 years and older. For more information and / or tickets click here. 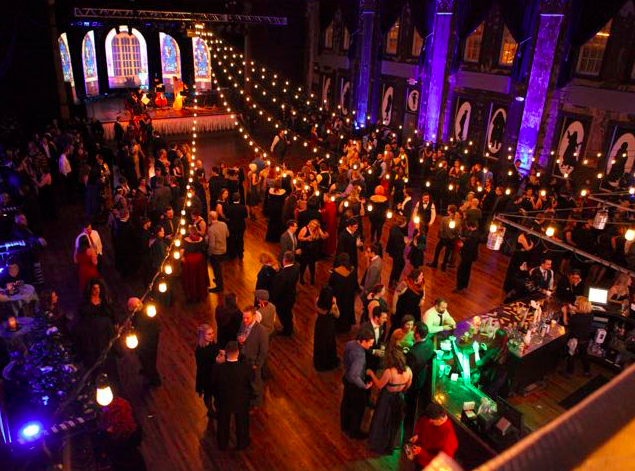