Magician and illusionist Criss Angel performs 400 live shows a year in Las Vegas and so it's rare that his rigorous schedule allows him to break away for a tour. Maybe the stars aligned, maybe they didn't, but Angel is on the road for two weeks, taking "Criss Angel Raw – The Mindfreak Unplugged" to nine cities, including Milwaukee.

Angel will perform on Saturday, Jan. 13 at the Riverside Theater at 8 p.m. Tickets are still available.

"Criss Angel Raw" combines Angel's hand street magic with mentalism and brings his most iconic illusions to life in a stripped-down setting. "It's guaranteed to blow your mind," Angel said during a recent interview.

Angel has been on primetime television for more hours than any other magician in history, holds multiple world records made during his magic performances and was named Magician of the Century in 2010 by the International Magicians Society. He was also the lead singer for his industrial band Angeldust, which released five albums, and authored the book "Mindfreak: Secret Revelations."

"I love being able to bring my creations to fans everywhere, but my schedule doesn't allow for many performances outside of Vegas, so I'm super excited to be able to premier 'Criss Angel Raw' for Milwaukee," he says. 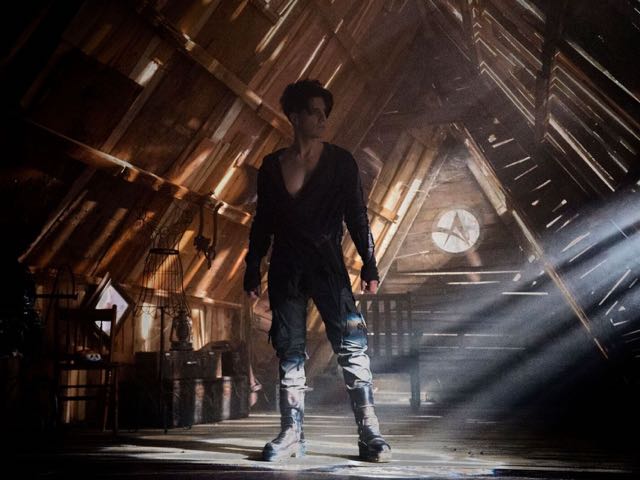 OnMilwaukee: What was the first "trick" you performed?

Criss Angel: I fell in love with magic when I was 6 years old, when my aunt Stella showed me a card trick. From that day on, I was hooked. I felt this incredible sense of power that adults didn't understand how a trick worked, but I did.

How is this show different from your others?

"Raw" is a completely different breed from "Mindfreak Live." I'm going to be performing my most-famous, signature sleight-of-hand effects from TV live. I'm driving the show without a huge cast, but with a theatricality that is beyond anything I've done before so I'm excited about this opportunity. The show will blow people's minds. It's creepy, it's scary, it's sexy, it's mind-blowing and it will touch your heart by the time you leave.

What does it take to be such a gifted magician / illusionist?

The magic world, by and large, is very small. There are very few people who are on top, so when you're the guy, everybody wants your spot. My competitive spirit and my desire to be the best that I can be as an artist pushes me to work harder than ever to create experiences that audiences have never seen in the world of magic. The desire to go places magicians have never gone before is my fuel and my power.

Also, for me, magic is not about how something works; it's about how the audience feels when they watch it. The magic of emotion is stronger than any illusion I can ever create on stage or the street. So for me, it's all about how people feel. It's about leaving people with wonder and awe and making them feel empowered so that when they leave my show they feel like they can conquer the world because they just saw the impossible.

Do you believe in magic? What about psychics? Witchcraft?

I believe in magic for entertainment purposes, but – like Houdini – I don't like when someone is trying to "trick" people for real. Houdini gave his wife a code word so that if after his death any so-called psychic medium said they were in contact with him she'd know they were lying if they didn't know the word. I've challenged TV mediums publicly to let me put them through a series of tests to prove their abilities and offered $1 million of my own money if I was wrong. 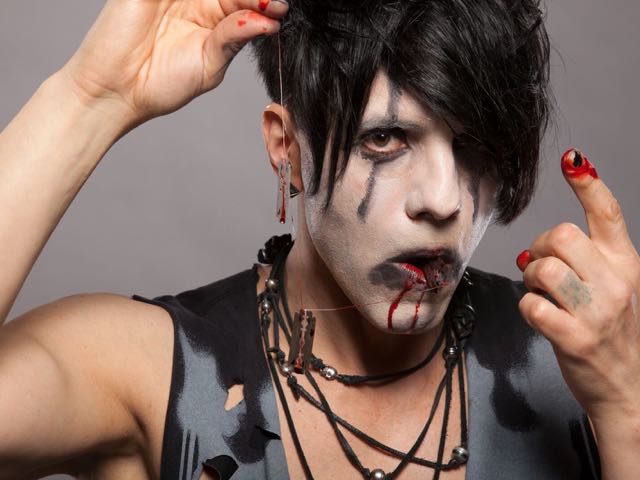 Are you still making music?

Not in the same sense that I used to, but it is still one of my biggest passions. I write and arrange all of the music for all of my shows. I produce and direct music videos for some of those, like the acoustic version of "We're Not Gonna Take It" that I did with Dee Snider in 2016. I just wrote a new song with Shaunyl, my son's mom, that will be in the new show.

What are your plans for 2018? Did you make any resolutions?

My plans are to keep growing in my craft, create new revolutionary shows and spend time with the ones I love.

When you are not working, what do you like to do?

I am always working. I don't sleep. Well, maybe three or four hours a night. I do 400 shows a year at the Luxor in Las Vegas, where I live.

What is the ultimate illusion you would like to do someday?

Honestly, every illusion is a challenge. I have to figure out how to do it better, how to do it for touring different than for my resident show or how to do something that's never been done before. I always try to bring my ideas to life. It may take 18 years, like the new levitation in my Las Vegas show – but ultimately, I get it figured out.

The Inventor Kevin James conjures magic to Milwaukee with "The Illusionists"