Milwaukee's punk rock culture continues to germinate thanks to a strong swarm of younger Milwaukeeans who embrace the music and the ethos that originated primarily in the United States, United Kingdom and Australia in the mid-70s.

"There is simply nothing better," says Bonnie Chandek, 27.

Chandek, a clothing designer and musician, was exposed to punk at an early age thanks to her father, Frank Chandek, a local musician now living in Panama best known as "Dr. Chow" from iconic Milwaukee punk band, Dr. Chow's Love Medicine.

"When I was a kid I remember my dad playing a lot of punk records, including the Ramones album 'Adios Amigos' over and over again. I think it's their worst album, but he really liked it," says Chandek. "He liked a lot of other punk bands – and just weird stuff: X, Television, Iggy, MC5, Frank Zappa."

Chandek's step-grandfather, Paul "Fly" Lawson, was a member of The Dummy Club – one of the first punk bands in Milwaukee.

Growing up, Chandek lived in Bay View with her mom, who is an artist, and spent time with her dad who lived in Riverwest. Her dad's girlfriend at the time, Anne Tilque, introduced Chandek to sewing when she was 11 or 12. Tilque owned Annie's Second Hand Chic in the Brady Street neighborhood.

Chandek graduated from Riverside University High School where she was the "weird girl" with a green Mohawk, mismatched boots and one Goth friend.

"I was so miserable in high school. I was so focused on having other punk friends and wanted only punk friends which there weren't many of. But I think it somehow made me feel more legitimate," she says.

Chandek didn't have tons of friends in high school, but she certainly had myriad idols and mentors including Brodie Dalle, Excene Cervenka, Alice Bag and Becky Bondage.

After high school, Chandek graduated from the University of Wisconsin-Milwaukee with a degree in theatrical costuming. She started her career as an intern for the Florentine Opera and accepted a paid position at the Utah Shakespeare festival where she worked for a summer.

"It was a 60-person costume shop so I met people from all over the country trying to make it in the industry. People who had master's degrees and tons of experience were still only making $13 an hour. This just wasn't going to work for me," says Chandek.

She also realized she wanted to make clothing for people – not through the theater – as her main job and not just her hobby. And so Chandek returned to Milwaukee and took a gig as a server at Lulu Cafe and started designing and sewing clothing from her apartment.

"That sucked. I had to cut fabric on my floor and my cat kept sitting on it," she says.

Chandek then moved to her current location in a studio space above the new Boone & Crocket, 818 S. Water St. She started a small business called Last Rockers Punk Gear and shares the space with numerous other artists and makers, including sign painter Sarah Linkus of Filthy Freehand. 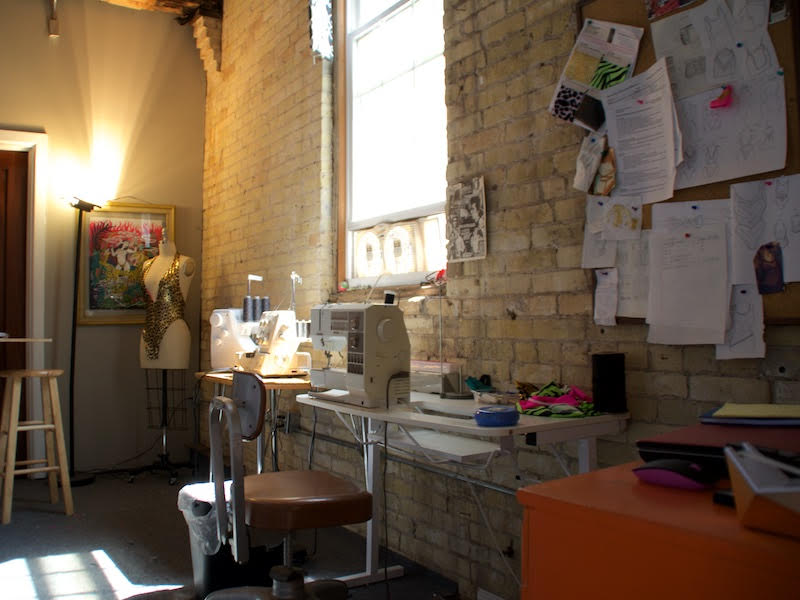 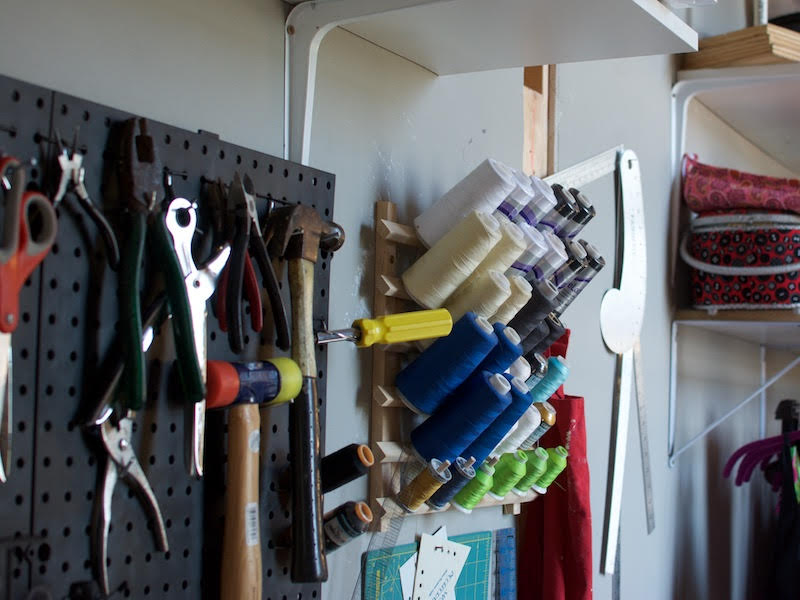 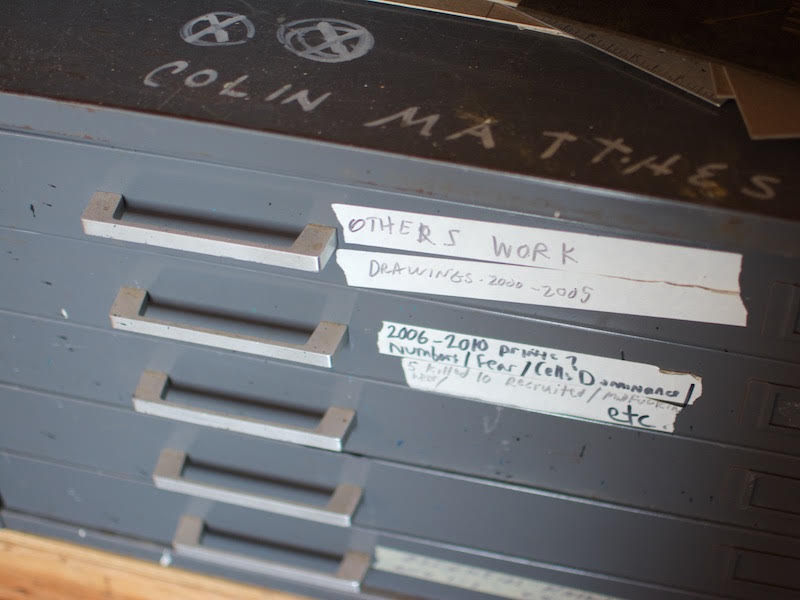 "Right now I'm making body suits that are very '80s-inspired and I wanna do spandex wear," says Chandek. "I wanted to do this for a long time and then I saw 'Glow' and thought, 'Oh my god. That's what I want to do.' That show, the clothing – it's all so fun." 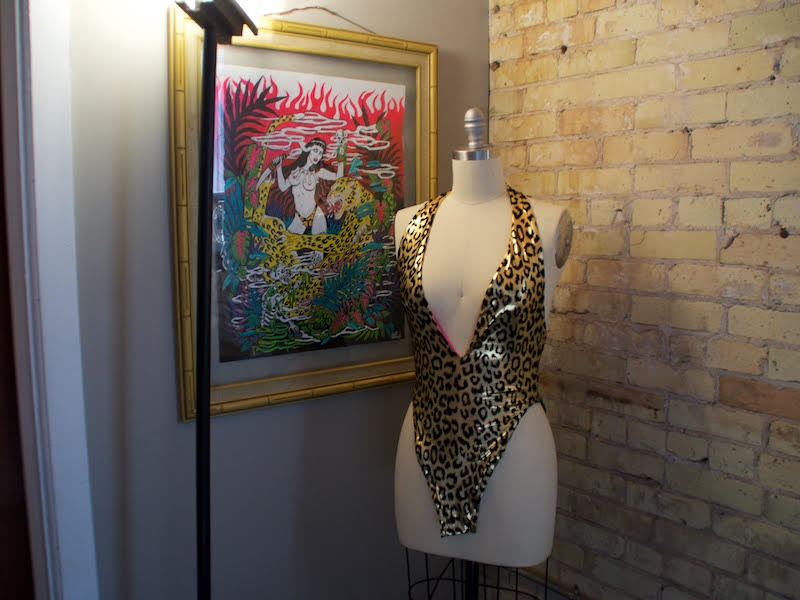 Chandek also fronts her punk band called Law/Less and contributes the majority of the lyrics for the songs. "Technically, this is my first band," says Chandek. "I had a few 'fake' bands in high school and we tried, but we sucked too much."

Many of her shows take place in punk houses in Riverwest or at bars like Sabbatic and Quarters. Law/Less went on a mini-tour earlier this year and gigged in Portland, Seattle and in Vancouver at the "Have A Good Laugh" festival. 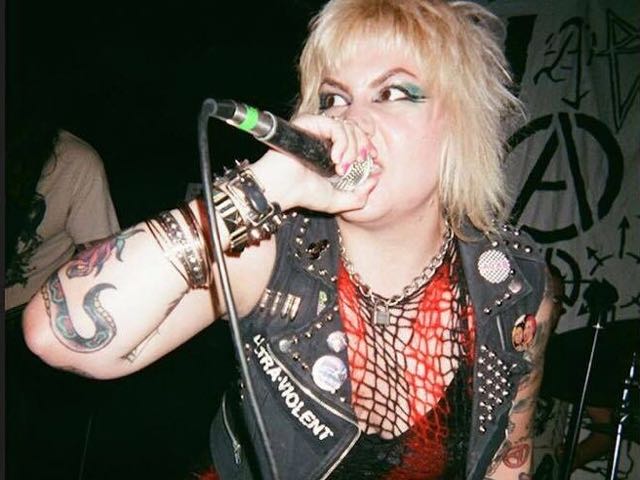 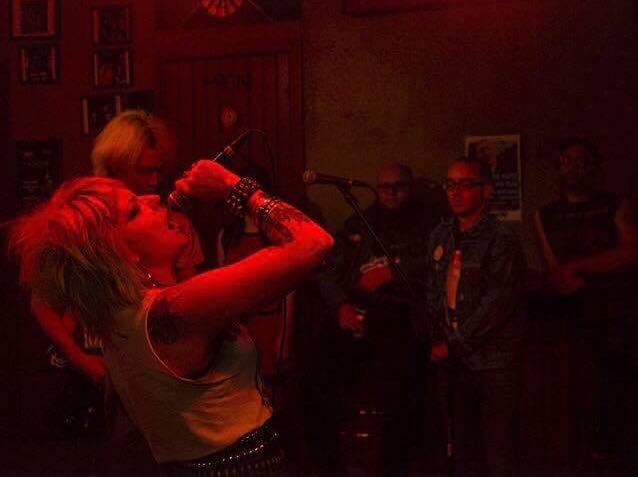 "We had a lot of fun and were happy that we broke even," says Chandek. "Well, we broke even if we don't count all the money spent on beer."

But despite the stereotype of punk rockers being hardcore partiers, Chandek set boundaries. "I like getting up in the morning and getting going," she says. "I have a lot of stuff I want to do." 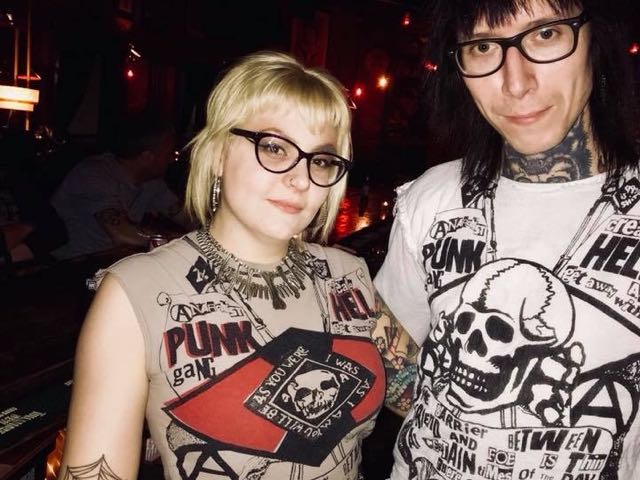 Ironically, working at a punk bar has exposed Chandek to many different kinds of people beyond the punk scene.

"I knew this for a while, but it became really clear to me that just because someone likes the same aesthetic or ideologies doesn't mean you're friends. I think a lot of younger people make the mistake and base friendships on how people look. I realized I enjoyed being around so many different types of people," she says.

Chandek recognizes that punk rock, like all cultural ideals, has some of the same pitfalls as other more mainstream cultures.

"There are still women trying to be 'beautiful.' There are still popularity contests. But mostly it's a very empowering, supportive group of people," says Chandek. "We buy each other's clothing, listen to each other's music and generally are just excited that someone chooses to contribute to punk culture."

Law/Less will play Thursday, Sept. 6 at Sabbatic with the Brass (from New York City), Curbsitter and Vexnation. The free show starts at 9 p.m. 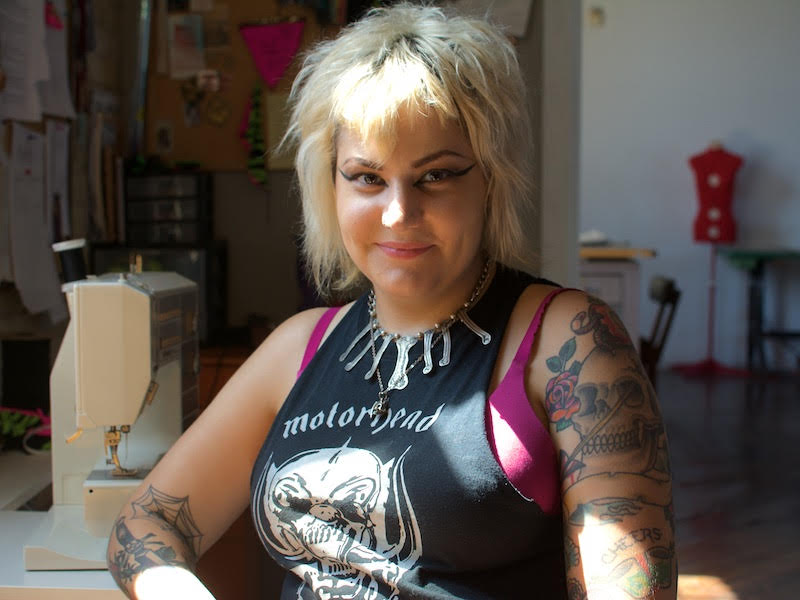