For almost a decade, U.S. Army veteran Carissa DiPietro was unable to shed a tear for her daughter's murder. Ashley May was only five years old when she was battered and killed by DiPietro's ex-husband in 2001, but when DiPietro got the news from her Lieutenant Colonel, she did what she had been trained to do. She pushed her emotions down.

But DiPietro is now getting the chance to share her story with hundreds of people, performing the narrative of her trauma, and those of almost a dozen other veterans, on stage of the Milwaukee Repertory Theater. 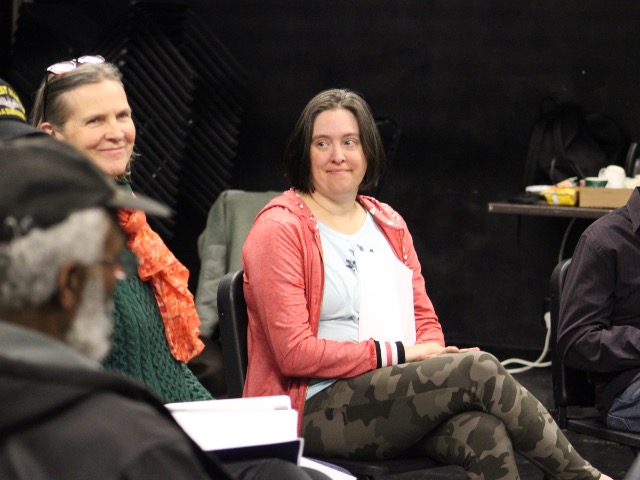 Real, personal stories from veterans about losing friends on the battlefield and losing parts of themselves back home are theatrically intertwined with classic Shakespearean text in the second installation of Feast of Crispian's "And Comes Safe Home." As the kick-off show for the Rep's first-ever National Veterans Theater Festival, this exploratory work focuses on the dark and emotional life experiences of military veterans, both at home and abroad.

The play made its premiere on the stage back in 2016, but director Bill Watson says this year's stories are particularly powerful.

"The work is deeper and the stories are more intense," said Watson. "We are bringing the veteran's story to the civilian population because we have to take responsibility as a community for the fact that, whether we believe it or not, people have gone abroad in our name and we need to hear these stories. We need to hold their stories. And we need to hear what the real experience of it is."

As Iraq combat veteran Tim Schleis puts it, "This is a place to unpack our duffle bags of emotion."

Watson, his wife Nancy and Vietnam veteran Jim Tasse founded Feast of Crispian (FOC) as a non-profit intervention group that brings professional actors and veterans together to strengthen the emotional resources they need to overcome trauma and help them reintegrate into civilian life. Before each rehearsal, the group gathers in what Nancy calls a "therapy circle," sharing their trials of the week or what they're looking forward to with the play.

"It's been a pretty crappy week, but this rehearsal and being with you all is what's getting me through," said Denise Bleakly, who is one of two women veterans at FOC. The other is DiPietro.

FOC became DiPietro's saving grace six years ago after her daughter's death and eight years after being raped by her recruitment officer.

"I no longer knew how to function as a regular person, and I wasn't getting out of bed at all," said DiPietro. "One-on-one counseling just wasn't working for me; I would talk about my daughter as just a story rather than her actually being my kid. And I blamed myself for the rape."

But that all changed for DiPietro after joining Feast of Crispian and participating in their Shakespeare productions, unlocking the box of emotions she thought was buried too deep to ever find.

"These emotions would start coming up during these Shakespeare scenes, and for the first time, I actually started to grieve for my daughter and my body," said DiPietro.

"And Comes Safe Home 2," which showcases May 23, has also been a healing experience for other veterans in the troupe, such as Raymond Hubbard, who lost a leg in Iraq, and Charlie Walton, a combat Marine whose friend died in his arms after getting both legs blown off in Vietnam. This is also Walton's first show with Feast of Crispian. 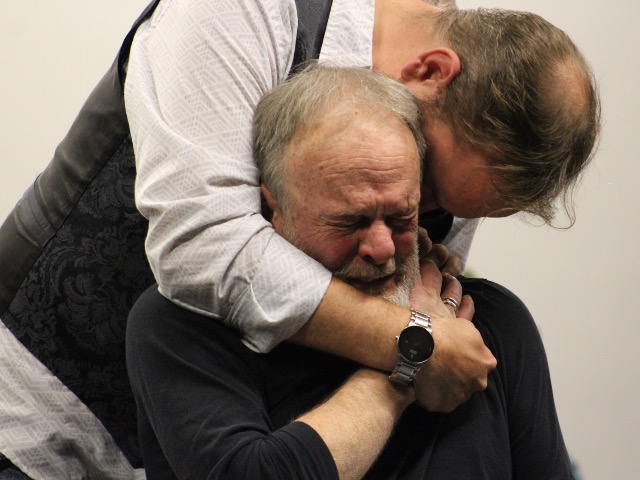 "I am nervous, but this play has given me the chance to deal with my weaknesses," said Walton.

"I'm looking forward to accomplishing something with my fellow veterans that makes me feel happy and finding some silver lining in the cloud of my darker life experiences."

The play will also be accompanied by live music from military veteran and singer-songwriter Jason Moon. The musician will be playing the song "I'm Your Voice," from his album "Women at War." The song is about Ashley May's story, and DiPietro will be performing a dance during the play's second act in honor of her daughter.

"The other thing is, we only have one shot at this play," said DiPietro. "We only get one day to do this, and I really want to honor my daughter. I don't want to let her down. She could light up a room with her smile, so I have to give it my all and light up the stage for her."

The National Veterans Theater Festival will take place at Milwaukee Rep's Stiemke Studio on May 23-26. "And Comes Safe Home 2" will showcase Thursday, May 23 at 7:30 p.m. and run for 90 minutes. All plays include a TalkBack immediately following the performance.

The Constructivists' techno-thriller "The Nether" is like "Westworld" on stage

No matter who claims victory, First Stage's "Rock, Paper, Scissors" is a winner