BelAir apologizes for not seating Giannis after big Bucks win

The biggest Bucks story on Twitter Sunday night wasn't about Milwaukee evening its playoff series against the Celtics. Rather, it was a photo and tweet from Twitter user @MoSokanhe, who said he watched Giannis Antetokounmpo wait several minutes for a table at the BelAir Cantina at 1935 N. Water St., then leave without getting served.

He tweeted, "At @BelAirCantina on water street and just watched @Giannis_An34 wait for a table for 10 minutes and no one helped him so he left... Dude just won Milwaukee a playoff game! Get him some service."

Apparently, Giannis left and went to DiModa Pizza, 1758 N. Water St., where he did get seated. In an Instagram post, the restaurant wrote, "Thanks Giannis for stopping in after a huge win today!!!"

At @BelAirCantina on water street and just watched @Giannis_An34 wait for a table for 10 minutes and no one helped him so he left... Dude just won Milwaukee a playoff game! Get him some service pic.twitter.com/hcjsJfThiA

Sunday night, Bel Air's co-owner, Scott Johnson, provided OnMilwaukee with a statement about the apparent lapse in customer service, and will offer all customers a free taco on Friday.

"We are very sorry we weren't able to seat Giannis in as timely of a manner as we would have hoped," said Johnson.

"The Bucks big win, thanks to his tip in and the team's great play, combined with today's spring weather had people turn out in droves to celebrate and we had quite a wait. We were honored he came in for a celebratory meal, and wish we could have accommodated him right away. We welcome him back Thursday after another Bucks win and will hold open a table."

He continued, "And to turn this into a positive for everyone, we are pledging that if the Bucks win the series Thursday night in Milwaukee, we will provide all Bucks fans with a free taco with any purchase all day Friday at all our locations #GoBucks #BucksIn6"

BelAir also released a photo from the surveillance camera that showed the Bucks' star being greeting. Johnson told me the restaurant was very busy Sunday night and this was a case of staff being slammed. 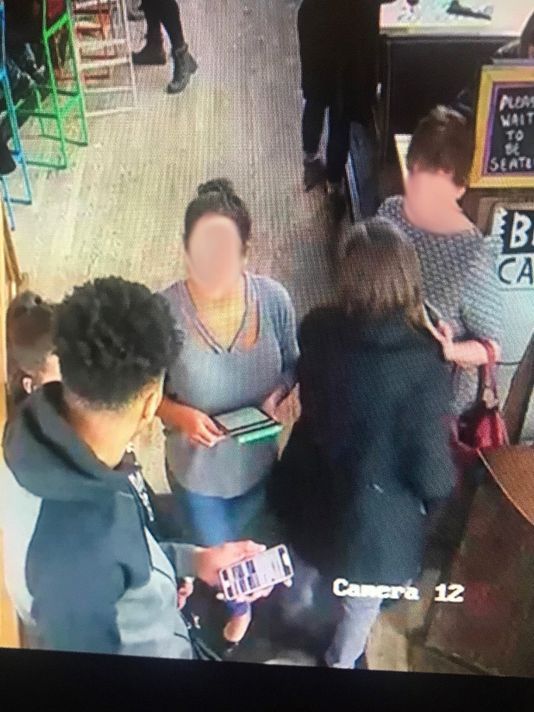 For his part, Giannis (via his girlfriend, Mariah Danae), accepted BelAir's apology:

"Its all good, much love for you guys ❤️ also thanks to all of the concerned fans I appreciate your support."

Its all good, much love for you guys ❤️ also thanks to all of the concerned fans I appreciate your support @BelAirCantina pic.twitter.com/gBKSV3CTGJ

@MoSokanhe also tweeted, "Lol I kid you not, as I walked out the cops showed up because other patrons of the restaurant who were at the game were so upset he didn't get seated. Weirdest experience…"

Thanks Giannis for stopping in after a huge win today!!! #bucksin6 #fearthedeer #greekfreak

Shame on the originator of the post for making it seem like Giannis was ignored when he actually was not. But good on Giannis for not having sour grapes about the whole thing. And good on BelAire for turning negative publicity into a win for the whole community!

My call liquor and dessert rant