After 44 years, RC's says goodbye to its East Side birthplace

This weekend, an East Side icon will shut its doors forever. But you'd be forgiven for thinking that moment had already passed.

RC's, opened by Robert "RC" Schmidt at 1528 E. North Ave., in 1974, has been open only sporadically in recent times, leading some to ask if it had already closed.

Now, Schmidt says the long-popular original RC's (the address of which is now 1530 E. North Ave.) is officially closed and the land is being sold.

Schmidt declined to name the buyer, but said the deal is currently under contract.

A final "Irish wake"-style party will take place Saturday, April 28 to say goodbye to nearly a half-century of customers and employees. 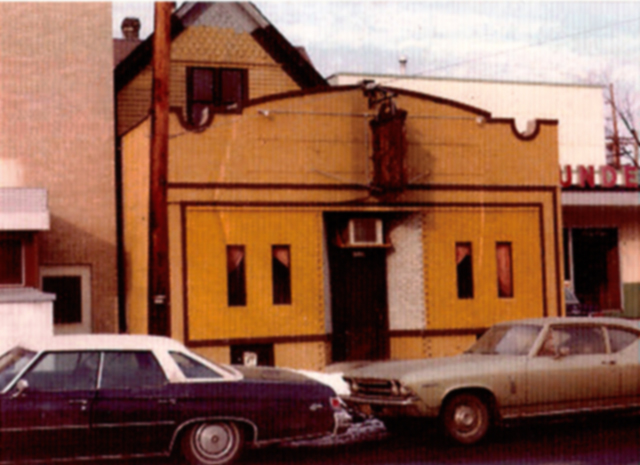 The original location, above, and, below, RC, in the white shirt, behind the bar. 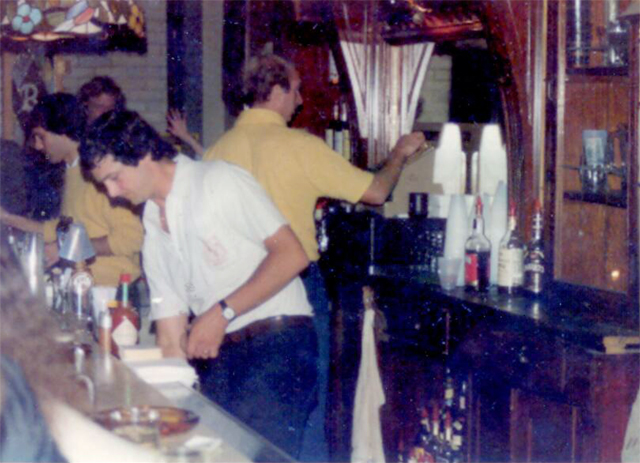 "It's the end of an era," says Schmidt's son, Matt, who serves as the director of operations for the bar and restaurant empire that RC's begat. The group includes Water Street Brewery, Trinity Three Irish Pubs, The Harp, Vagabond, Louise's, Monster Pizza and Black Rose Irish Pub.

Schmidt says that RC's really had multiple lives and shows me some poster-sized collages of photos taken in the bar since it opened in '74 in a small brick storefront that was added to the front of an existing house in 1930. 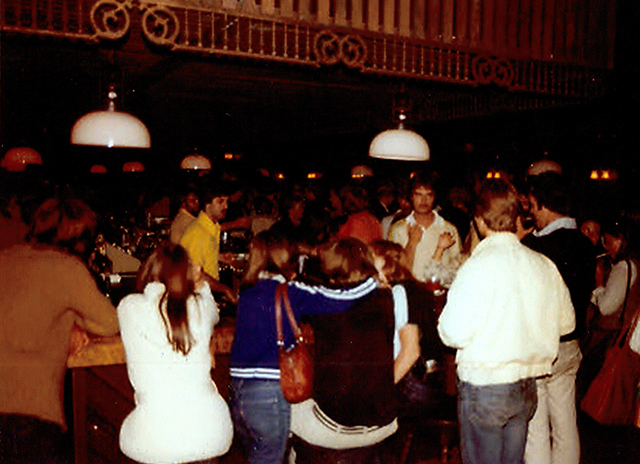 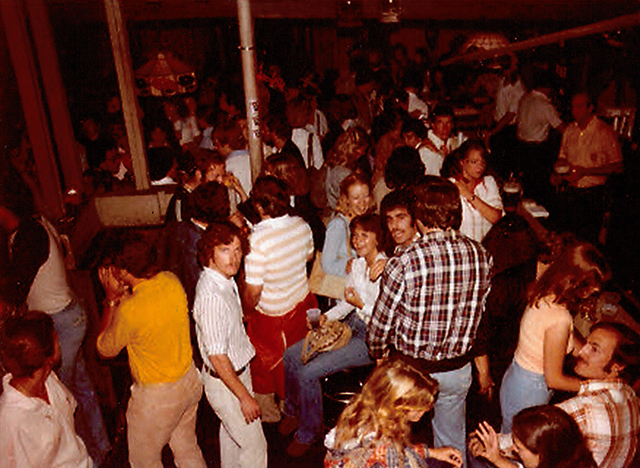 "There's the '74 to '78 or '79, when my dad was primarily there," the younger Schmidt says, pointing out various Milwaukee bar royalty – folks with names like Saz, Burke (Irish Castle) and Kalt. "I remember him telling me recently, "Man, I didn't know what I was doing. I was 24 years old ... I barely had a clue."

Matt Schmidt says a paucity of bars in the area at the time led his father to open it. 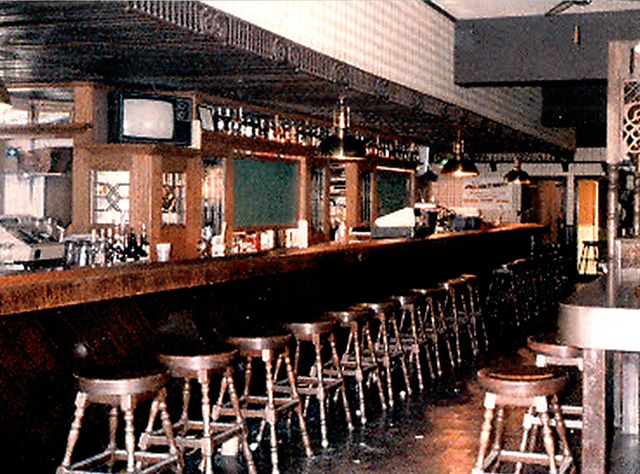 "My dad told me stories about the early '70s, when Frenchy's was underneath (where Beans and Barley is now). They would sit at Von Trier (which was still Rieder's at that point) and have a drink because the line was too long (at Frenchy's). They'd eventually just stay there all night 'cause they couldn't get in. I think that the inspiration was, 'Wow there's all these people standing in line ready to spend money, why don't I open my own place?'" 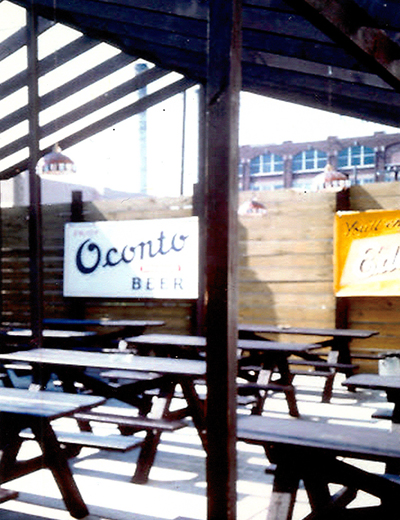 In 1978, RC moved his tavern next door to a former laundromat building to the east (more on this later) and razed the old place to make room for a beer garden (popularity pressed him to build a small beer garden behind the original location, too).

"The reason they moved was because it was so busy and you could see some great pictures where it's just packed. So he built the beer garden. His influence primarily was German beer halls and German heritage."

RC's brother was also a key figure in the bar's development according to Matt Schmidt.

"I also think it's important to (mention) my uncle Rick Schmidt," he says. "He's Dad's younger brother, and he was an integral part of the RC's story."

Starting out at RC's as a bartender, Rick took the reins in the early '80s when RC began expanding his business to other venues, including opening a series of Chuck E. Cheese locations in the area.

Later, Rick opened the Oakcrest Tavern in Shorewood, which he recently sold and which now houses The Milwaukee Brat House.

A brief history of the RC's building 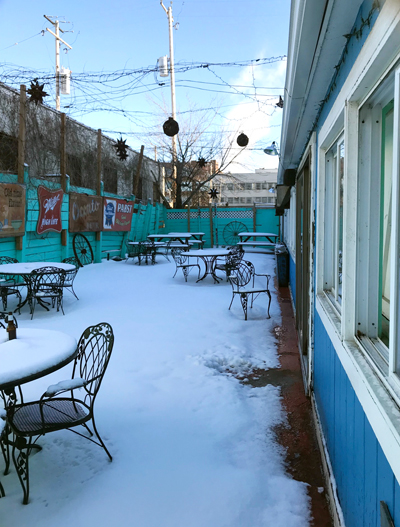 Three lots on North Avenue on the northwest corner of Newhall Street are shown on early Sanborn maps and in 1894 and 1910, the corner one is empty, but the other two each are occupied by a frame house.

Later, a gas station was erected on that corner lot and over the years it was home to Clark's Super Gas, Constantine Asimakapoulos' Black Eagle Service, East Side Texaco Service and Phil Casamento's D-X Gas Service.

But in 1955, the gas station and the home next door were razed and a new, two-story building was erected to plans drawn by architect George Schley & Sons, who kept an office at 1922 E. Capitol Dr. 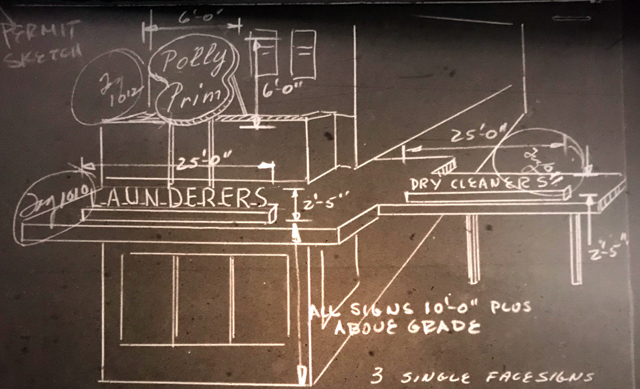 In May 1956, the building was finished and a new Polly Prim Laundry and Dry Cleaning Drive-In was opened. 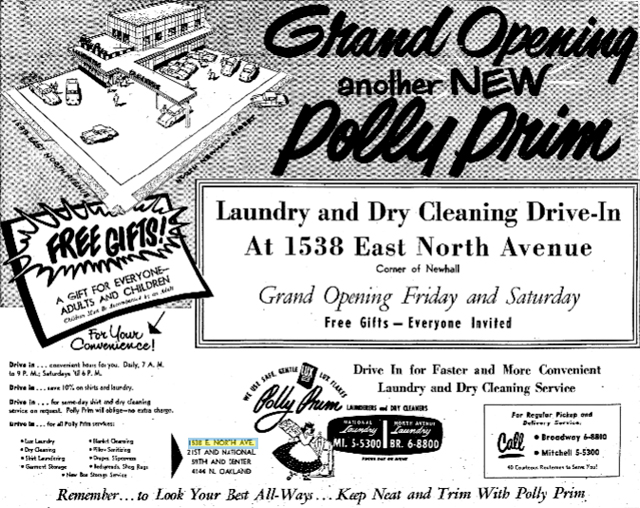 The building was also briefly home to an iconic counterculture business (though the laundromat sign would remain out front).

Milwaukee cartoonist Denis Kitchen started Krupp Comic Works, Inc. out of a closet in his house in 1970, but it grew so popular that within less than two years it had skyrocketed to being the number two underground comics publisher in the United States.

That forced Kitchen to find larger digs, which he occupied at 1538 E. North Ave., where the comics were warehoused and where Kitchen worked out of an office that according to one newspaper report was "imaginatively cluttered with model cars, defunct comic book panels and a jukebox that plays 78s. The sign on the door identifies him as the company's 'Head Poobah' and he keeps a bowl of bubble gum on his desk."

Kitchen drew his first comic as a UWM student in 1969 and promptly sold it to a California publisher, kickstarting his career. When Kitchen – who ran for lieutenant governor as a socialist in 1970 – teamed with Tyler Lantzy, the latter helped turn Krupp into a proper business, syndicating comics to indie media, releasing records (including by R. Crumb), publishing via his Kitchen Sink Press.

Over the years, Kitchen would publish works by the likes of Art Spiegelman, R. Crumb, Will Eisner, Harvey Kurtzman, Al Capp and others.

The house in the third lot west off the corner was a frame cottage erected in the 19th century, amplified with an addition in 1896 and a garage in 1921.

Nine years later, a brick storefront was grafted onto the front and opened as a restaurant and tavern by owner Viola Berka. The East End Coffee Shop would long occupy the space.

In 1974, 24-year-old Robert C. Schmidt – who spent some of his college years hauling a giant Schlitz can mounted horizontally atop a golf cart to events like spring break, the Daytona 500, the Kentucky Derby and others – opened his first bar in this space. 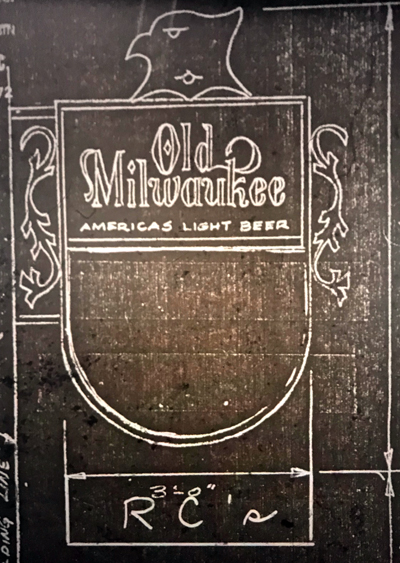 Called RC's, after Schmidt's nickname, the business quickly became popular. So much so, that within a few years he bought the building next door, and later replaced the Mofoco auto parts store that had taken over after Krupp Comics left. This larger tavern is the one we all now know as RC's.

In 1978, Schmidt tore down the old place next door to make room to add a beer garden to the west side of his new bar.

Throughout the 1980s and into the '90s, RC's was rocking and was a essential stop on any young reveler's night out.

However, things had slowed by the dawn of the new millennium. Rick had moved on – and RC's attention had turned to other projects, like Water Street Brewery, which opened as the city's first brew pub in 1987 – and that's when family member Mike Foy stepped in.

"So, 2003 is sort of like RC's phase two," says Matt Schmidt. "It's something that we're very proud of, too, that we came back with a vengeance."

Foy and his wife ran the place for a few years before heading Downtown to help open and then manage Trinity Three Irish Pubs (one of which, you'll notice, bears his surname). 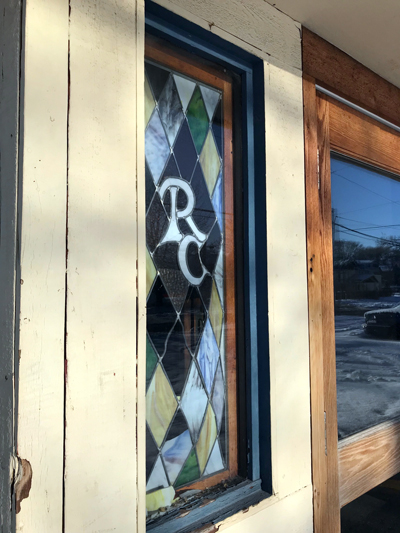 "We started slow (at RC's), because when I got in there I didn't know how it was going to go," Foy recalls. "I had just graduated from college, I was in town trying to look for jobs and RC said, 'Hey, why don't you and me put some time into it, clean it up a little bit.' And it turned out to take off. And it really thrived until 2011."

Since then, RC's, in Foy's words, "really starting becoming an afterthought," after a popular bartender moved to The Harp and brought his devoted RC's following along with him.

Now, the Schmidt (and Foy) family has decided that with its focus on its Downtown businesses, the time had come to say goodbye to its birthplace.

"The idea is focusing on concepts that we think can really grow," Matt Schmidt says. "That's what we want to put our time and energy into right now."
It's got to be a tough thing for RC to see his namesake, his first bar, finally shuttered for good.

"I think he's got mixed emotions," his son says. "I think there's times when he's kind of sad about it, but also, at the same time, this is business, and, unfortunately, you can't run a business on nostalgia. It's got to make dollars and cents. In a perfect world if we could we'd keep it, but it's just time to move on.

"It was a group decision between myself, Mike, my brother Andy and RC. The era is up, it's time to move on."

That begged the question of what to do with the building and the corner lot upon which it stands.

"We all agreed that we didn't believe in reinvesting money to redo it," says Foy. "We didn't believe the street right now is a viable option to sink our money and try to redevelop. We're not afraid to come up with new concepts, we just don't believe that anything is going to do well there.

"West of Oakland Avenue, especially in the last five years, we've just seen a change. There are UWM students right next door, but unfortunately they're only 18 years old, so they're not customers yet."

But the RC's family isn't sad about the closing, choosing instead to focus on the positive.

"There were 44 years, that's a crazy accomplishment," says Matt Schmidt. "That's Milwaukee bar history right there, for sure: 44 years."

RC, whose name was on the place, isn't sad about the closing, either. He sees the bigger picture.

"(We have) a group of good businesses," he tells me. "One thing evolves, the next thing evolves and sometimes you sell and you go on. For us RC's was just a fun place, simple: cold beer, loud music and then just open the door. And then it was lines out the door.

"Consistency is the key," RC adds, not only speaking about RC's, but about his entire hospitality business. "I learned so much from this place; the way to set up a bar right, the way to treat people and the way to make sure people have fun. It wasn't about nuts and bolts, it was about relationships."

If you want a chance to celebrate with RC, who is now 65, he will be at the party, which will kick off at 5 p.m.

"We'd love to hear people's stories," says RC – who encourages folks to bring photos taken at RC's, too – and "anyone who has tended bar before is invited to get behind the bar. That might be a couple hundred people. (laughs)"

"We envision this party as like an Irish wake," Matt Schmidt adds, "where it's happy and people are celebrating the end of an era."