Editor's note: This is the second of a two-part series on the changing tavern culture on Milwaukee's South Side. Read the first part here.

Cathy West, owner of Cat-Daddy's, Too, 2691 S. 7th St., said she always tried to run her tavern the right way. When trouble occurred, such as when a woman was beaten unconscious outside the bar and the time when a DJ she hired became belligerent, she showed police the video footage of both incidents.

Those calls to police, she said, in addition to calls from neighbors about noise and other minor issues, resulted in warnings from the Common Council's Licenses Committee in 2014 and 2015, but never led to a fine or suspension of her license, which must be renewed annually.

On Dec. 16, 2016, the first day her renewed license went into effect, a blizzard moved into the city, recalled West, and only a few patrons braved the snow to visit the bar, located in a white building on the corner of West Cleveland Avenue, a street where numerous taverns have closed in recent years.

An argument over billiards broke the peace, spilling outside where a bullet would end the life of 29-year-old Andrico M. Slaughter. West knew the incident was the last nail in her coffin.

"I knew my license would never get renewed again," she said. It was enough to push West, who was already contemplating a move up north, to give up on the tavern business she's been involved in since the 1980s. This is the last week the bar will be open.

"Even if I wanted to stay open I knew I had no option to," said West, whose tavern is located in Ald. Tony Zielinski's district.

Her assessment was correct, said Zielinski, who represents sections of the 53215 ZIP code and Bay View.

"But for that bar being there would that person have been shot?" asked Zielinski, describing the standard he uses to determine whether or not to renew a license for a bar such as Cat- Daddy's, Too. "If you have had a history of problems I will shut you down," he said.

West and other taverns owners, including David Torres and his wife Debra, owners of The Toolbox, say tavern owners are unfairly punished for police contacts, even though in many instances they're trying to keep patrons safe by calling police.

The Toolbox, 1500 W. Scott, was shut down in January 2016, after the city's licenses committee denied the request to renew the bar's license after several incidents — including a murder — that involved police. In that incident, a patron who got into a fight outside the bar attempted to run over two men outside of The Toolbox. One of them opened fire, striking Gabriel Velasquez, who drove off before crashing and dying on Cesar E. Chavez Drive. 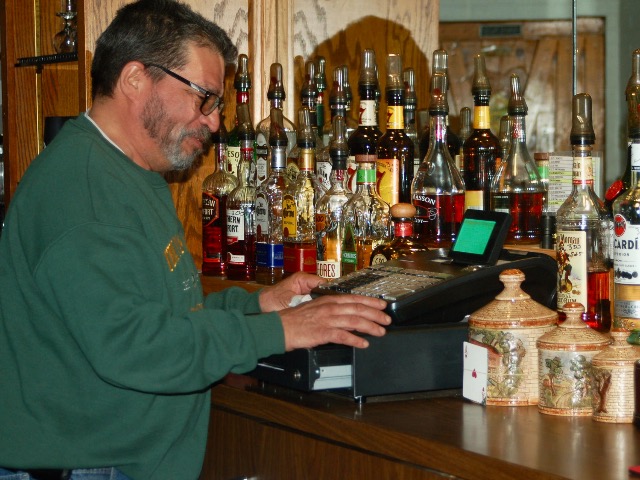 David Torres, owner of The Tool Box, 1500 W. Scott, reopened his bar in August after a year-and-a-half suspension of its tavern license.

During a licensing hearing, Torres testified that he was unsure how the altercation began. He also stated that he and his wife had done a lot to mitigate noise and clean up outside the tavern. He added that he didn't believe the bar negatively affected Notre Dame School, located directly across from the bar. Several representatives of the school, including the president, principal and the mother of a student, testified that they were concerned about the safety of students and parents and recommended that the license not be renewed.

At the hearing, Ald. Jose Perez recommended that The Toolbox's tavern license not be renewed, stating that he considered the business a nuisance. Perez's disdain towards corner bars is no secret. The problem with neighborhood bars, he said, is that they don't serve the same purpose anymore and that bad things happen there.

"Some of these taverns want to be clubs and they don't have capacity and they want to make so much more [money] out of the pub, DJs and live bands. They were not built for those purposes," Perez said.

The Toolbox was one of 17 taverns in the 53204 and neighboring 53215 ZIP codes to have its license revoked or not renewed by the city licenses committee from 2012 to October 2017, comprising 57 percent of the 30 bars closed by the committee during that time period. A separate Milwaukee Neighborhood News Service analysis of city tavern license data found that 40 percent of the taverns in the two ZIP codes closed for any reason during that time period.

A total of 89 tavern licenses citywide were suspended (for periods of 10 to 90 days), not renewed or revoked by the licenses committee from 2012 to October 2017, with 39 percent (35) involving taverns in the 53204 or 53215 ZIP codes. The 53204 ZIP code, in Perez's district, has the most taverns with licenses that have been temporarily suspended (some multiple times) and the most that lost licenses. It also has the most taverns in Milwaukee.

According to the City Clerk's License Division, grounds for suspension, nonrenewal or revocation of a tavern license include police charges relating to the operation of the tavern, sale of alcohol to minors or intoxicated persons and allowing conduct that negatively affects the surrounding neighborhood.

Zielinski, who recently announced his candidacy for the 2020 mayoral race, has pushed for the closing of several bars in the 53215 ZIP code, where 40 of 85 taverns have closed since 2012. Among them are two strip clubs that were located on South 13th Street, near West Cleveland Avenue. 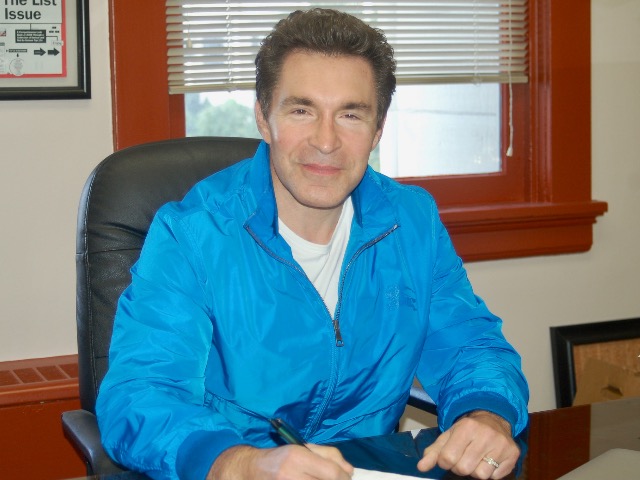 Ald. Tony Zielinski, who represents Bay View and part of the 53215 ZIP code, requires that new bar owners in his district invest in improvements or sell food and alcohol.

Increased crime on the South Side and specifically at taverns has contributed to the abundance of tavern closures in those neighborhoods. Other reasons are the decline of neighborhood tavern culture, retirement or death of tavern owners and deindustrialization, which has resulted in fewer customers, according to historians, tavern owners and others.

Zielinski is reluctant to allow individuals to open new bars or take over closing bars in his district unless they meet his standards. He demands that new lessees or bar owners upgrade the tavern and/or sell food, which also requires a restaurant license, he said. Tavern owners are already required to maintain a manager's license. Existing bars that have had no problems do not need to meet those requirements to renew their licenses annually, added Zielinski.

"Unless you're bringing food to the table or making a significant investment in improvements, forget about it. I don't want too many bars concentrated in one neighborhood because it brings problems," Zielinski said.

His demands have drawn the ire of Hank Ostricki, who owns the building that houses Cat- Daddy's and leases the bar to West. Ostricki said he has a new owner lined up to run the bar once Cat-Daddy's closes, but that Zielinski has stonewalled the process by denying the owner a hearing with the licenses committee.

"He told me it was never going to be a bar again. He called it a nuisance," said Ostricki, who said the alderman hung up on him and won't return his calls. Zielinski denied the accusation.

"Everyone that wants to apply for a license gets an opportunity to make their case before the licenses committee. Mr. Ostricki's comments are not accurate," wrote Zielinski in an email to NNS.

Other incidents have occurred since the murder outside of Cat-Daddy's, according to a Milwaukee Police Department report provided to NNS by the License Division. In January, police were dispatched to a fight on the corner outside of Cat-Daddy's but did not observe anything when they arrived. In March, patrons who had been kicked out of the bar drove by and fired two shots, according to the report.

Police said bartenders at Cat-Daddy's were cooperative on both occasions. The most serious incident occurred in May when officers responding to a report that the bar was open after hours arrived to find several people there at 6:26 a.m, including a felon hiding in the bathroom and a gun in the garbage can.

Those incidents, which are examples of what Zielinski described as serious issues at the bar, nevertheless, can't stop someone from applying for a tavern license, he said.

Ostricki disputes that claim. "How can it be a fair hearing when he (Zielinski) already told me he won't give the new bar a license?" Ostricki said.

The building has been a bar since 1971 when Ostricki opened the Hanky Panky tavern there before purchasing the building three years later. He said converting it into apartments, one of the few options he has for the building, would be too costly so he'll end up with a vacant building. He criticized Zielinski for treating the 53215 ZIP code as if it were the more trendy and upwardly mobile Bay View.

"How can you expect me to pour a million dollars into a $20 neighborhood?" Ostricki asked.

During an interview in September, Zielinski said he holds potential tavern owners in Bay View to the same standards as he does those in 53215.

"I want the neighborhood to have nice places for people to eat and drink and not just dive bars," he added.

One example he cited of an upgraded tavern is the second location of Cafe Corazon, 2394 S. Kinnickinnic Ave., which opened in 2016 in the renovated space that for decades had been the location of Johnny Club Carnival. Former Club Carnival owner, Juan "Johnny" Sendejo Sr., sold the bar in 2015 and died in February. Cafe Corazon's owner, George Mireles, spent $500,000 in repairs on the building, according to Zielinski.

"Now we have this beautiful space. It's very difficult to open up just a plain bar in my neighborhood," he added.

Tavern licenses, which cost $610 and expire one year from the date of issuance, must be approved by the licenses committee during a public hearing in which residents can testify. Perez, who represents the 53204 ZIP code as well as some sections of 53215, said although he doesn't have a set of demands, he encourages all potential bar owners to reach out to residents personally or by writing a letter detailing hours of operation, security measures and how they plan to prevent problems that may have occurred at the location previously.

He also recommends that those who'd like to take over an existing bar obtain a manager's license and complete the city's PIVOT Program, a two-hour workshop that helps business owners understand licensing issues, best practices and how to keep licenses current and in good standing, among other items.

The Toolbox is one of the rare taverns that lost its license but reopened after a year and a half. Torres said he worked closely with Perez and spoke to any neighbor he could – including representatives of the Notre Dame School who helped shut down the bar – about the changes he planned to make.

"I told them I wouldn't be open during school hours, that I would close early and that I would be here at the bar almost all of the time rather than relying on managers to run the place," Torres said.

It was enough to convince the Board of Zoning Appeals to grant The Toolbox another shot, which was a relief for Torres, who said it's one of the few corner bars left in the neighborhood.

As for West, she's preparing to leave a business and a lifestyle that she and generations of Milwaukeeans grew up with, but is fading away.

"The people changed, the rules to run a bar changed. They used to be fun, the place where you went after work and met all your friends and neighbors. I'm sad about closing," West said. "I thought about unringing the bell and fighting it but I knew I had no chance."